Today we had a birthday party for Nora's seventh birthday. She has been going to classmates' birthday parties for a couple of years now, but this is the first one that she has thrown. She filled out little invitation cards with the date and her mother's mobile phone number and gave them out to her classmates and her best friend three floors down. As a result, she is the only living human who knows her mother's new phone number by memory; the number recently changed, and I have not memorised it yet, and her mother never learned her previous number of nine years. Her actual birthday is this coming Thursday, but because of Computus, an incredibly complex algorithm that I would never want to attempt to write, she does not have school on Thursday or Friday, and many of her classmates will be traveling next weekend. So we obviously had to throw the party this weekend.

We went to a place called La Paloma (The Pigeon) in the nearby town of Ampuero. We have been to several birthday parties there. Let me explain how it works. They have a pretty good sized climbing castle, a big padded 3D maze of obstacles to climb in and through, a bar and set of café tables for the parents with a clear line of sight to the castle, and several private rooms, including a "disco", a dark room with music and a disco ball. The cost is 11€ per kid, with a minimum of 5 kids for a birthday party. That gets you unlimited time there, a table full of junk food (including pizza!), a birthday cake, a bag of candy for each kid as they leave, and a framed photo of the birthday kid in front of the cake upon settling your bill. We had 15 kids, and our final bill, including a coffee and beer tab, after being there for four hours was 178€. We had each parent give us 10€ to cover their kid (a tradition we have participated in for past parties), so we got out of there like kings for 28€ or 7€/hour to put on a pretty great party. Oh, and there weren't really 15 kids, because at least four of them had siblings there, too, who also got their own departure bag of candy. Also, we got to bring home the second uneaten birthday cake that they had made for us. I almost feel guilty for how unfair our business deal was. 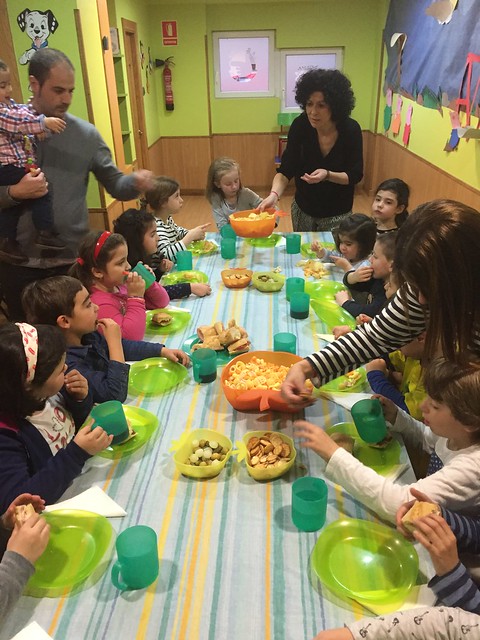 Passing out the snacks. Do American first-grader birthday parties have bowls of olives? I don't think so. 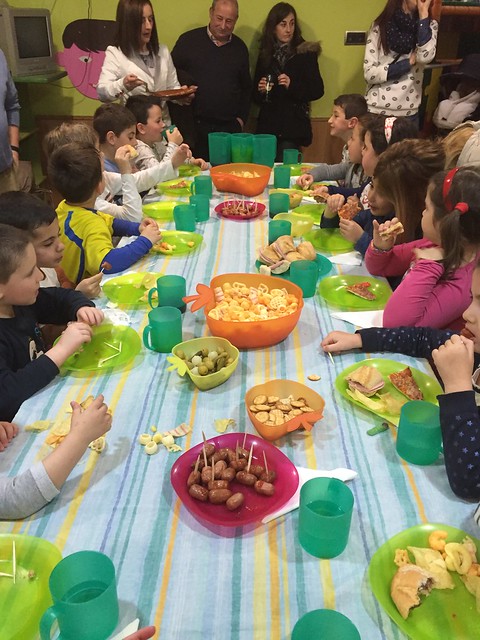 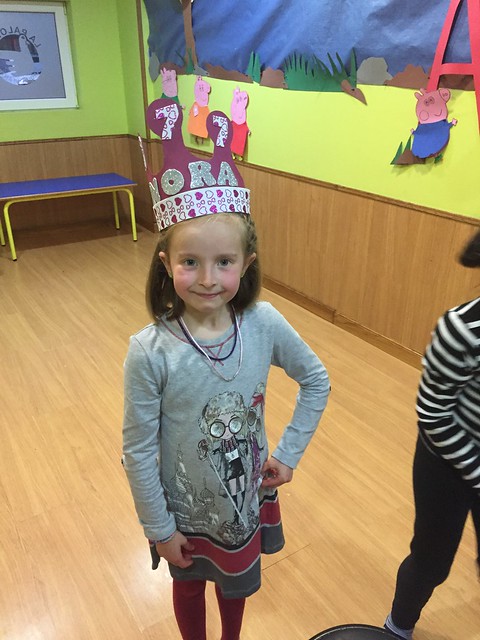 Birthday girl with a crown made by a friend. 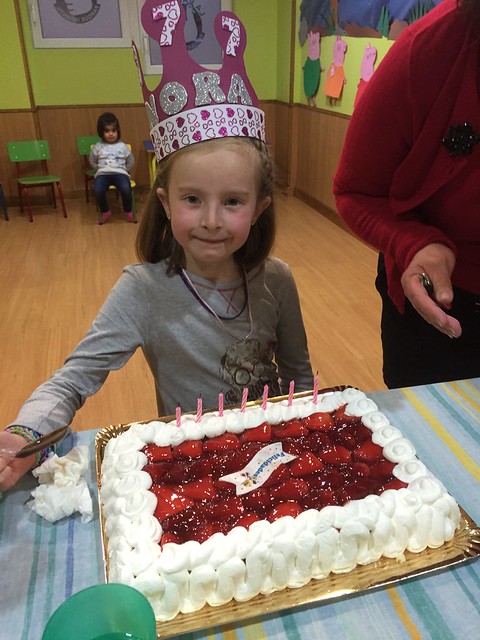 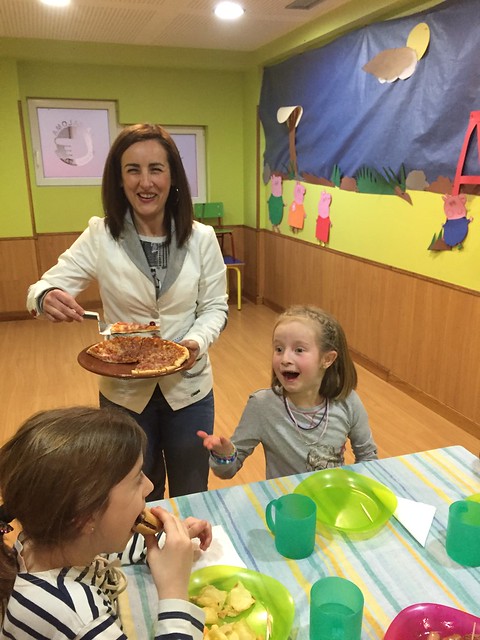 I'm not sure who had the genius idea (and powers of persuasion) to get Ian to sit next to his sister for the cake ceremony, but I applaud them. The lady from the venue who lights the candles (another service provided) tells everyone that if anyone other than the birthday girl blows out the candles there will be hell to pay. One wisenheimer retorts, "But what if someone farts and the candles go out!" To him I want to give a stern paternal glare and a celebratory fist bump for his quick potty wit.

The whole affair was an amazing success. Happy birthday, Nora!