Our final day in Russia was fairly uneventful, just the way we wanted it. We spent it walking around Red Square shopping for knickknacks. We came close to buying a traditional Russian wooden chicken toy, which you can see in action here, but we decided it would entertain for all of about 30 seconds before being thrown into the pile of house clutter, and opted against it. We even succeeded in avoiding the temptation to buy the obligatory matryoshka doll, for much the same reason of foreseeing its destiny as a bookshelf dust collector. Our final day was the coldest day we were there, with temperatures of -17ºC (1º F). The Moskva River actually froze! 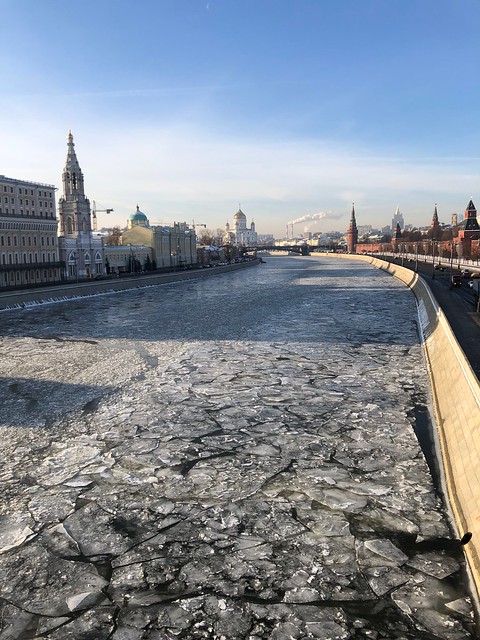 We checked out this statue of Vladimir The Great, which had been looming near our hotel for our entire stay. Apparently it was controversial when it was put up only a few years ago. 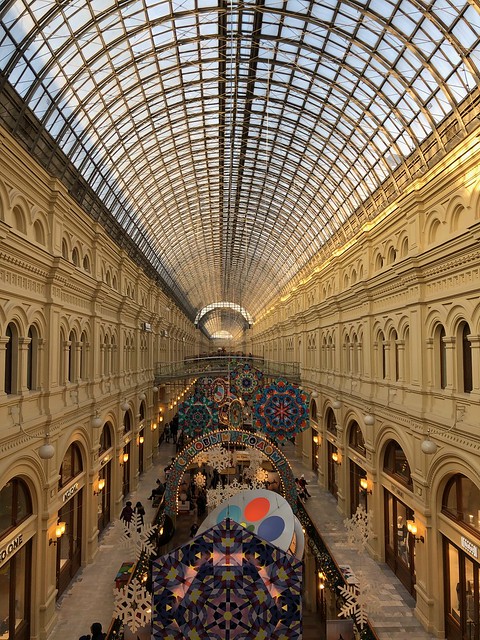 One more obligatory visit to the GUM, primarily to warm up. You can't be out on the streets for very long at those temperatures.

With our flight home leaving in the late afternoon, we decided to repeat a restaurant for the first time, going back to the Dolmama from a few days earlier. It was delicious as it was the first time, and we were, once again, the only customers in the place. 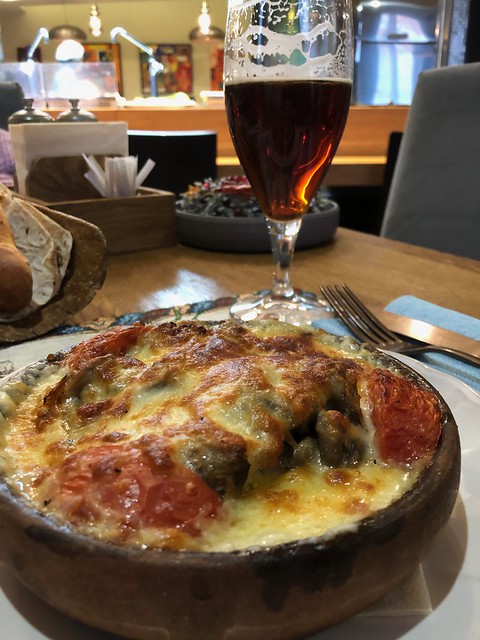 This time, I got the Caucasian style meat. 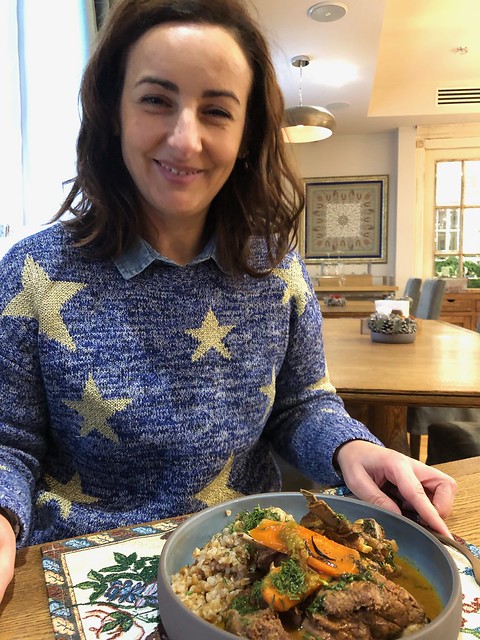 And Marga got something with gigantic couscous and sweet potatoes. (Mine was better.)

And with that, it was time to bid a sweet До свидания to Russia and fly to warmer climes.

Both of us had the same feeling when landing for our layover in Amsterdam: it felt like Home. We couldn't quite put our finger on it, but something about all the signs being, not just in English, but in the Latin alphabet, and the familiar European-ness of the place. Our children were very excited to see us. The 12ºC felt positively tropical!