That Rings A Bell

Today my family and I went to a nearby (20 minute drive) town to visit what can only be described as one man's bell museum. It was not that easy to find, and we had to drive by the stinky trash dump for our entire region of Spain to get there, but eventually we wandered into a tour, 15 minutes late, of a guy describing bells. Personally, from the description of the event, I wasn't sure if we would be talking about cow bells – a week earlier we learned that every ungulate bell is different, and a shepherd learns to distinguish his animals from the sound of their bells – but no, we are talking about bells like the Liberty Bell or Big Ben, to name the two most famous instances. Our tour guide, the guy who owned the beautiful stone building and elegant garden full of bells, struck me – no pun intended – as a genius artisanal artist, but a terrible tour guide. Some people are professorial and can organize the presentation of information, and others are fascinating to listen to ramble on forever and ever; this gentleman was the latter. Several times, after a ten minute spiel to which we were all riveted, one of the guests would remind him, "Okay, but the original question was..." He took us into his workshop where he actually creates the molds and smelts the metal, and after 20 minutes, I had to ask him, "So, could you explain some of these tools we see here?"

Whilst sometimes he would go deep into the science of sound, other times he would veer into the mystical of how our bodies and souls receive and respond to sonic vibrations. He was a fascinating dude with whom I'd love to share a weekly drink, but a focused tour guide, he was not.

He uses thousand-year-old techniques to create his bells. He says that modern bell manufacturers work in complex chemicals that require workers to wear gloves and masks, but that he works with his hands with clay and wax. Some of the things that really stuck with me were: 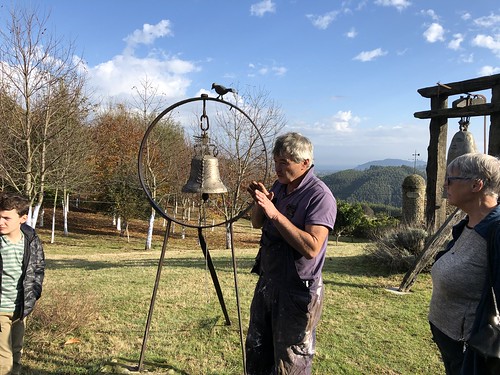 Dude reminded me a lot of actor Kyle Chandler. 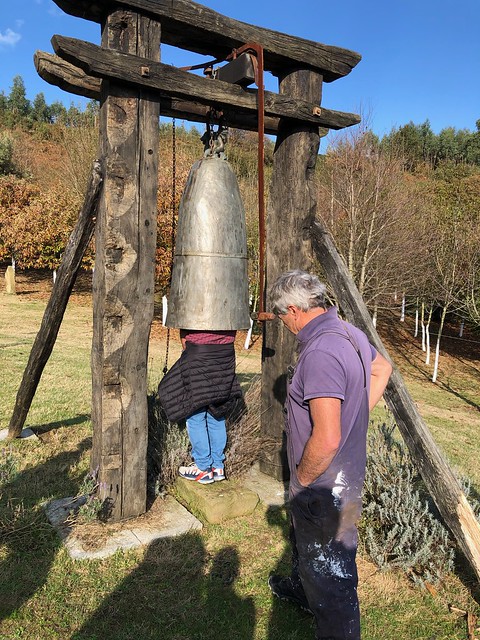 We all got to take turns standing inside a bell as he rung it. It was not quite a "transports you to another planet (because of how it vibrates your neurons)" experience as he described it, but it was pretty cool, and I get why meditation is so often associated with bells. 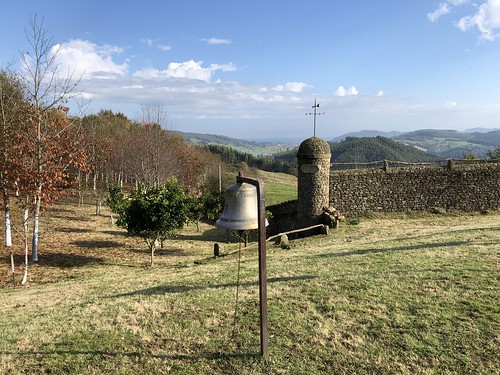 The place itself was gorgeous with views down to the sea at the beach town of Noja. 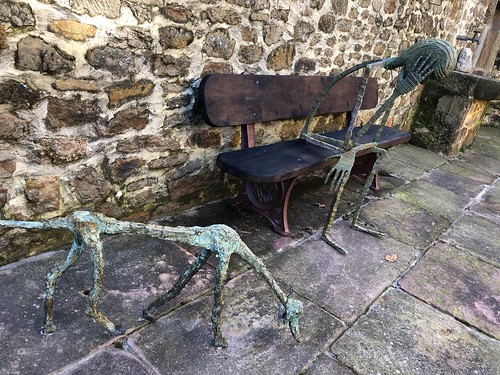 He's not just a bellsmith (?), but a general metal sculptor. Apparently he is also a talented windsurfer... ? 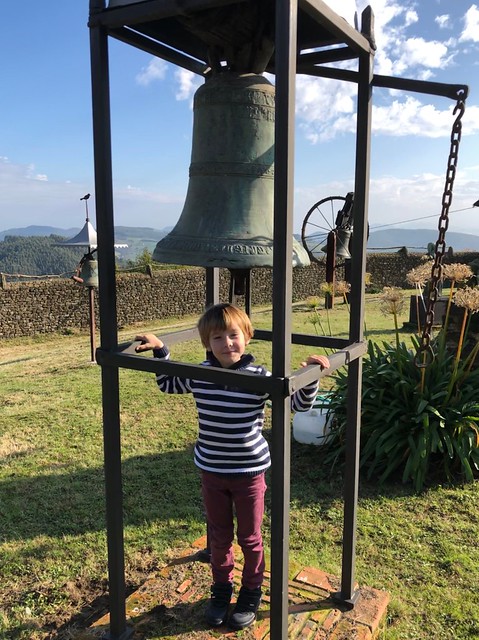 It turns out that having a yard full of bells to ring, for a five year old, vibrates between the resonance frequencies of "most boring thing ever" and "most awesome thing ever". 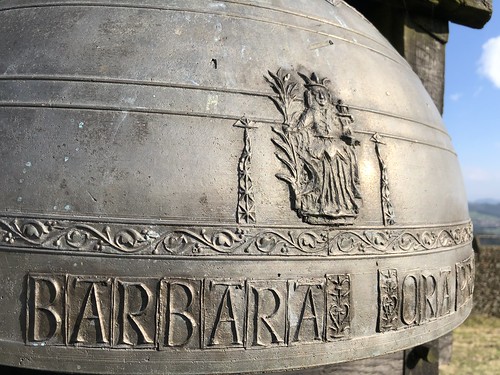 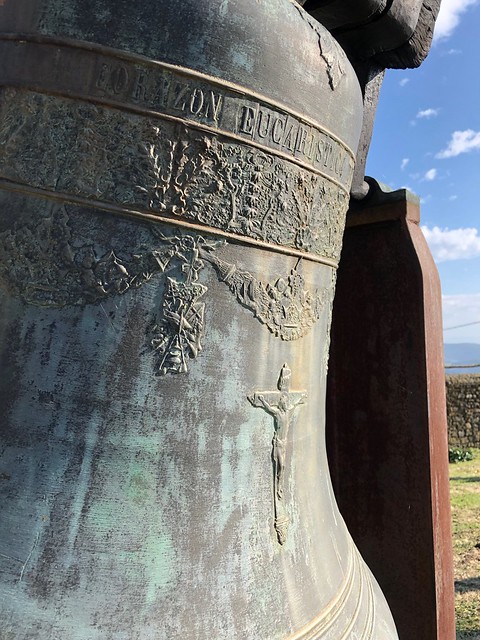 Much of the detail was impressive. 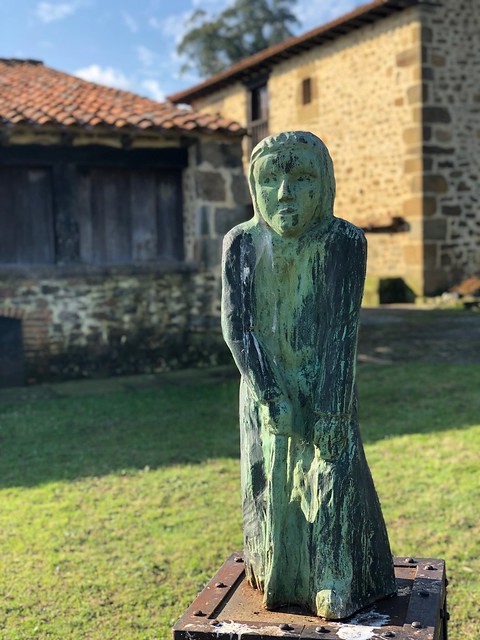 Here is a video report about him (in Spanish). It literally just occurred to me the irony that his name is Abel.... A Bell.

At the end of the tour, he lead us into a place where he had cool old clocks with the gears exposed, as well as a selection of gongs and other percussive vibrating metal things on which he performed "a concert" (?) of about 3 minutes of hitting vibrating metal.

The visit was both fascinating and exasperating, leaving an overall taste of "glad I went, but never again". However, like I said, I'd love to turn on the spigot of this guy's stream of consciousness every so often. Next time I see him, his face might ring a bell...