The Cleaves - Live in Colindres, Spain

I met Becky about three years ago. One of the families that has a son in my daughter's grade has both the resources and wherewithal to hire English speaking au pairs, young women (usually) that are like foreign nannies. Becky was the third au pair of theirs that I met. I always made a point of introducing myself to them, if only to give them a brief respite from the barrage of Spanish. Some, like Becky, knew quite a bit of Spanish already, and others came with nothing.

The school year was almost over when I first learned that Becky played the violin. I didn't think much more of it. For some reason that is beyond me, she decided to spend yet another year of her vital youth in small town Spain, and she came back for a second school year. For another whole school year, I said "Hello" to Becky 2-3 times a day at kid drop-off and pick-up times. That was the year that my daughter began her violin lessons, and at the end of the year, like a good music-lesson-paying father, I subjected myself to her violin recital, which is one of these events where you'd like to only hear the one child, but you have to sit through all the rest out of courtesy. At the end, Nora's violin teacher, who is also English, introduced Becky, and took no credit for her talents, only mentioning that she had been tutoring – which means what, exactly, when the tutee is more talented than the tutor? – her for the semester. Becky's performance blew. me. away. My thoughts after her performance were: 1) That might be the first time that lyric-less music has moved me to tears, and 2) Why on earth is she performing for free? People should pay money to see this kind of art!!

A year ago she left to go back to school in southern England. Somewhere in the intervening time, I discovered that she and her brother have a Facebook Page, with an adorable header image that shows that they have been playing music together since they could walk. 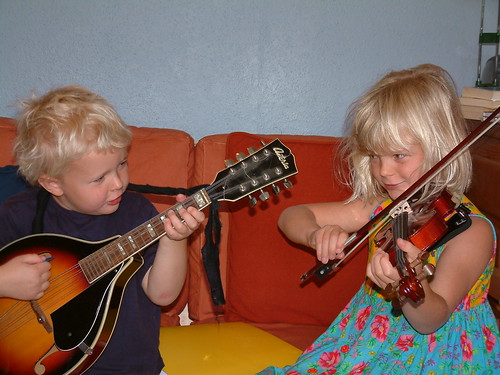 This week I heard that they were performing a concert in our local park, a place that has never before hosted a concert, in my time here of over a decade. So naturally we had to make a family outing to go see them. They did not disappoint.

Becky did a great job of talking in Spanish to the crowd between each song, and her brother, Danny, even sang backup on some of the Spanish songs they played.

I considered editing these videos together into a long video, but I decided that separate they provide both more exposure to these young artists, and also a higher likelihood that you, dear reader, might hear some of the later songs. 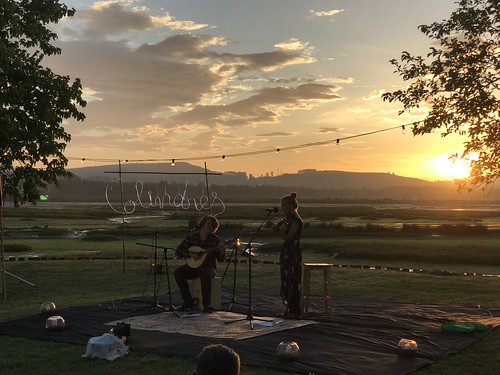 I had to give major kudos to the town hall for planning this venue and timing it right with sunset.

You can actually watch the sun set during this lovely jig. 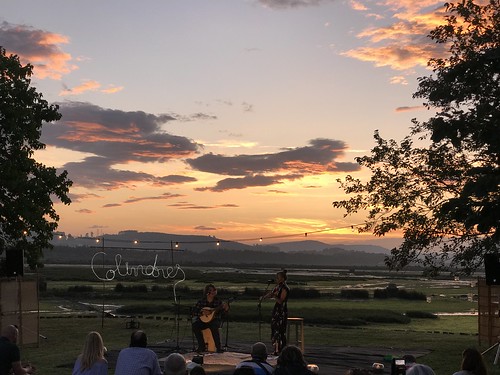 We continue with a Miley Cyrus cover, Wrecking Ball. 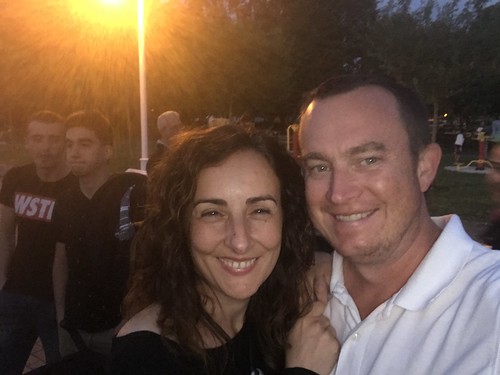 The wife and I were enjoying the small town freedom of not really knowing where the heck our kids had run off to at any given moment. 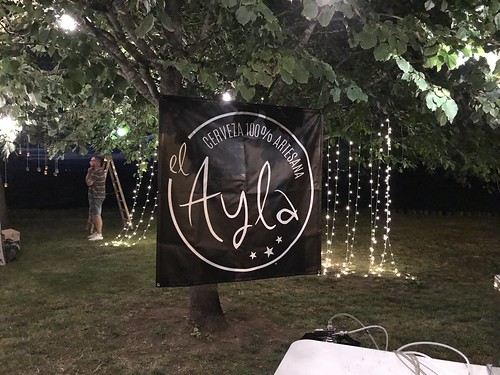 Oh, and did I mention that our local microbrewery was providing FREE BEER for the event??!?

This song, Viento del Norte, considered to be the Hymn of Cantabria, damn near brings tears to my eyes with it's lovely lyrics about my adopted homeland. You can hear the crowd joining in. They played it again for their encore, much to the crowd's satisfaction.

After the concert, I got to have a brief chat with Danny, the brother, who was delighted to hear English spoken to him. I had dozens more questions and topics I'd like to discuss with him, but my family was bed-bound, and we had to part ways. 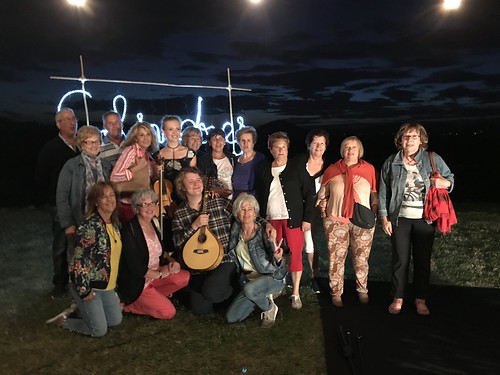 This group of people who I don't really know posed for the mayor to take their photo. As clueless as Danny, I decided to capture the moment.

The crowd loved them so much that they broke out into this song in their honor.

Well done, Cleaves. You should be selling out stadiums instead of fishing villages. Go buy their album, people.

Also, I'd like to offer a round of applause to Becky and Danny's parents. Bringing your kids up in a musical environment was a wonderful gift.