Judging from my blog records, sometimes this tournament is usually held in May, but sometimes in late April or early June. Unlike some past years, this time we had fantastic weather. Even better than a perfectly sunny morning, we had a morning where it had rained for a few hours before we started, so even the normally soft sand, out of reach of the tide, was firm.

It is a nine-hole event, with a shotgun start. For you non-golfers out there, that means that everyone goes to their assigned hole, and then the tournament director, at the exact starting time, fires off an airhorn (obviously from the name, gunpowder was involved traditionally), and then we all begin. I was in one of three foursomes (nine holes = nine groups), but we never made those behind us wait, and those in front of us never made us wait, so it was ideal golf. The rest of my foursome had handicaps of 6 (that's for nine unusual holes), and mine was 5, so I was instructed to tee off first. It was a good four or five holes before I lost "honors", the right to tee off first because someone scored better than me.

The whole experience is really and truly unique. I'd recommend it for any golfer. It is so different from any other version of the game that I know. The rules are such that, as much as you may want to, you may only use a putter if you are inside the "green", a circle demarcated by red spray paint. In past years I have made the mistake of leaving all my woods in the car, but this time, I left my 5-wood to use as a "chipping" club, which allowed me to basically make a putting stroke when off the green.

I know of at least three stupid mistakes that could have resulted in one stroke less, but over all, I am quite happy with my performance. Nothing but pars and bogeys this year. 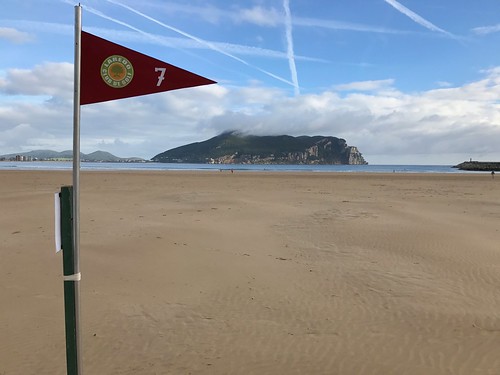 My group started on Hole #7, with Mount Buciero still covered in clouds. 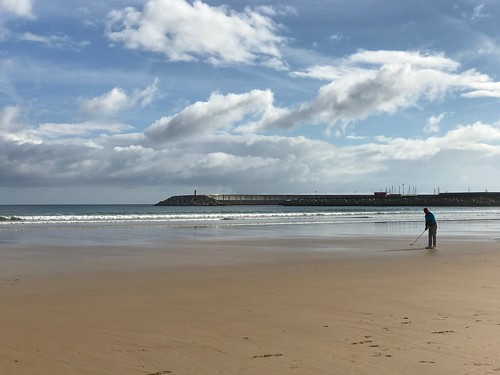 All of the holes are perpendicular to the water. i.e. Downhill. This guy from my group hit his drive a little long and was down in the moist sand. 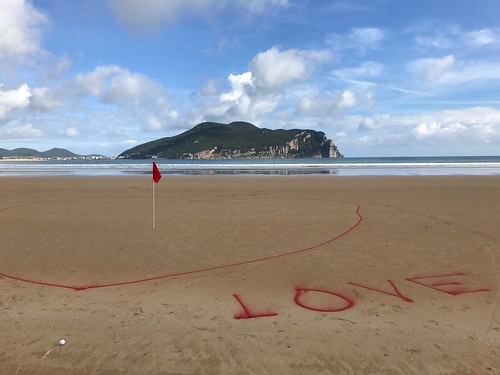 The folks that went out to draw the greens early in the morning had some fun and drew a heart, which then warranted a caption. 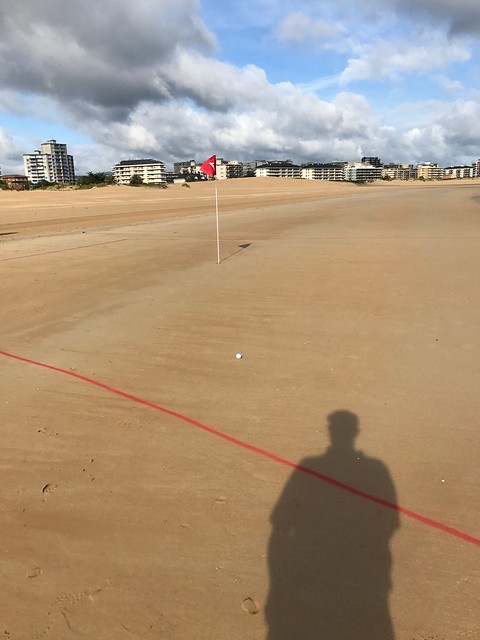 Lining up my putt. In normal golf, the general rule is that if you can see a body of water, your putt will curve towards the water. The thing about Beach Golf is that you always know which way the ball will curve. 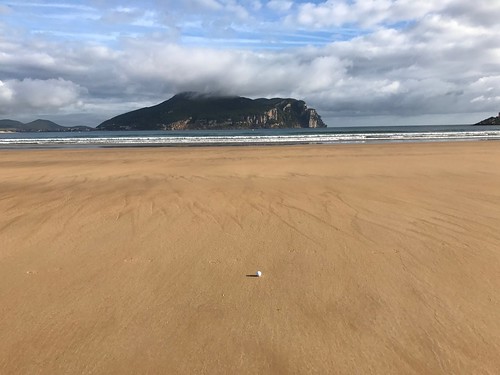 Some wider perspective on the following photograph. 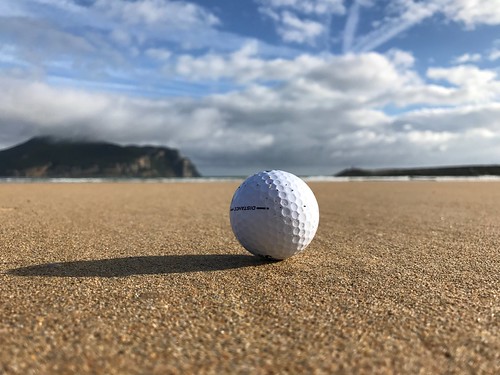 I'm pretty sure I have never putt on a smoother, faster surface. I think you'd have to be on a frozen lake or glass. 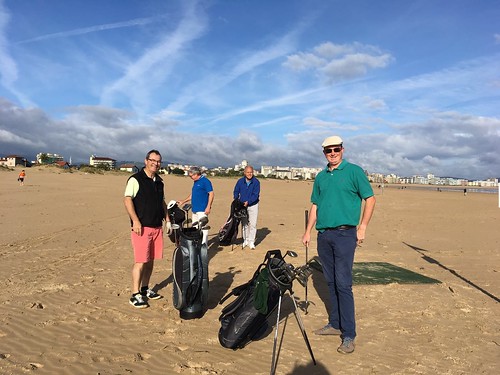 Photo of my foursome by the official event photographer. ¡Guapos! 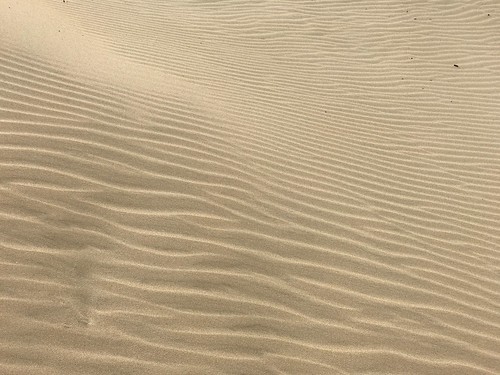 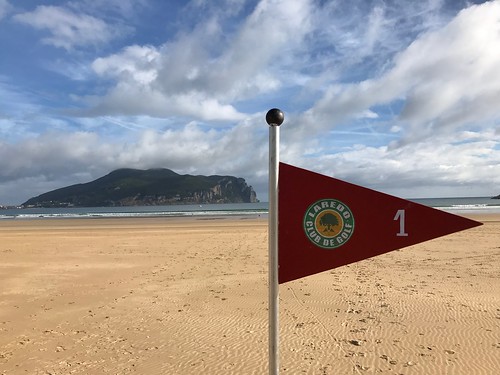 This year they did the best job yet of marking where the tees were. This is the first tee. 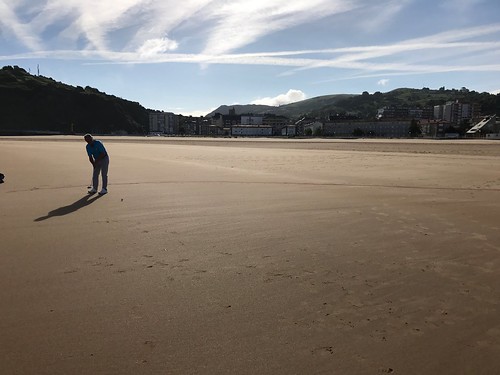 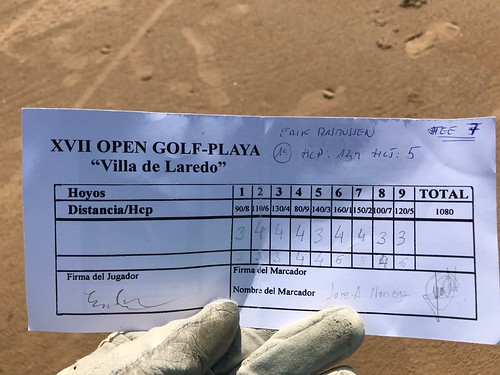