Sometime that fall Peter's kidneys stopped working entirely, and he began dialysis. Mondays, Wednesdays and Fridays he lay in a recliner for six hours connected to a machine which filtered waste from his blood. For several hours afterwards he was exhausted. Despite the toll it took on his body, Peter remained upbeat. He had a single standard answer to the "How are you doing?" inquiry, which he stuck to for thirty years. "Can't complain!" he would say cheerfully. Every time I heard him say that I thought to myself "Dude! If anybody has a right to complain it is you!", but I never said a word. Peter had a bucket list, and he expected me to help him tick things off. If he was careful, he could go three days between dialysis treatments, and with considerable advance planning, he could arrange for a dialysis session away from home. We went to the Kentucky Derby, we went to the Indianapolis 500, and in 1978 he talked me into driving to New Orleans for the Ali-Spinks fight. 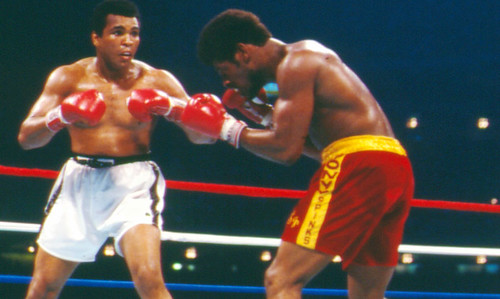 I was living in Knoxville at the time, and Peter and Mary lived in Nashville. Peter's plan was to borrow Mary's Porsche 911, and since Betsy was only 8 months pregnant, it was a no-brainer. When we got to New Orleans the day before the fight, we drove directly to the hotel where the weigh-in was scheduled to take place. The parking lot was full, but the hotel lobby was strangely deserted. We walked to the ballroom, and were almost there when the doors burst open and Ali came out. He was immediately followed by a swarm of press. Bigger than I had thought, Ali passed by me before I could think to punch him in the arm. I instantly reversed directions and joined the mad crush of reporters following Ali. 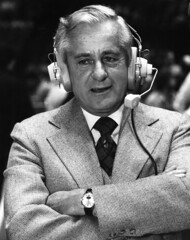 I was pushed, and almost tripped, which is my justification for jabbing my elbow to help secure my position. A few seconds later I turned my head for a glance, and was delighted to see I had elbowed Curt Gowdy. The fight the next day was less memorable.

Two years after Erik was born, Betsy and I moved from Knoxville to Nashville for less than a year, and then relocated again, to Raleigh, North Carolina this time. While we were in Nashville, Peter and Mary got married. As I watched the ceremony, I was amused to realize that I knew Peter better than Mary did, and I knew Mary better than Peter did. 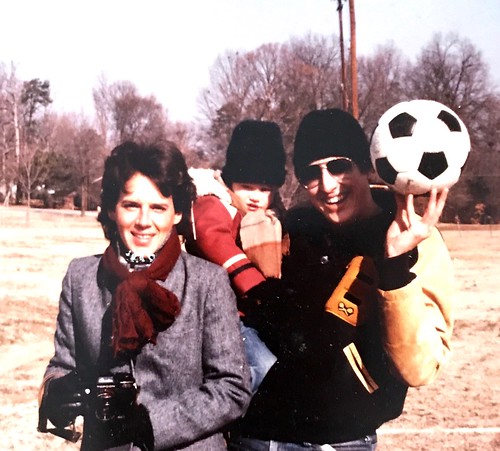 I didn't see much of Peter for the next decade. He became active in the American Kidney Fund, and also the Hemlock Society. He suffered through three kidney transplants, all of which eventually failed. Occasionally I was able to visit him after one of his operations, but almost all of the huge burden of caring for him fell to Mary. When they separated and later divorced, I was not surprised.

In 1991 Betsy and I returned to Beloit for my 20th reunion, and Peter came too. I didn't know too many people, but my very good friend Tina was there. Tina had been the best friend of my first college girlfriend. As a result, we had gotten to know each other very well during our first year. She was now a psychotherapist in St. Paul, so she should have known better, but she fell for Peter at the reunion, and he for her. After the reunion they called each other frequently, and eventually Peter moved to St. Paul.

I visited them once when they were living together there, and I went back a second time for their wedding. Peter had been the best man at both my weddings, and of course I had to be best man at both of his. I remember once again being amused by the knowledge that, not only did I know the groom better than the bride did, but I also knew the bride better than the groom did.