Sometime during my first week of employment I realized our plan would not work. The state facility which employed me was the natural place for Betsy to work as well. We were in a small town in East Tennessee, and it was 1973. She could not list my address on her application. I had naively thought we could pretend to be married, but I realized I could not lie to my boss. I called Betsy and convinced her to marry me at the courthouse in Maryville, just south of Knoxville. I took Mary with me to the hospital in order to get the blood tests necessary for the marriage license. Sadly, Betsy's Greyhound bus broke down, and got to Knoxville two hours late. It was no longer possible to make it to the Maryville Court House before it closed. Betsy laid low for a week, and then on May 29th we got married in Morristown. We went out of county to avoid reading about it in the local newspaper. We made it to the courthouse before it closed at 5:00, but C. Frank Davis, the local Justice of the Peace, said it was too close to 5:00. Peter had a talk with him, some money changed hands, and then C. Frank Davis told me he would be glad to marry us right then if we would just follow him across the street to his house. His wife, in her house slippers, served as witness, with Peter and Mary standing beside us. 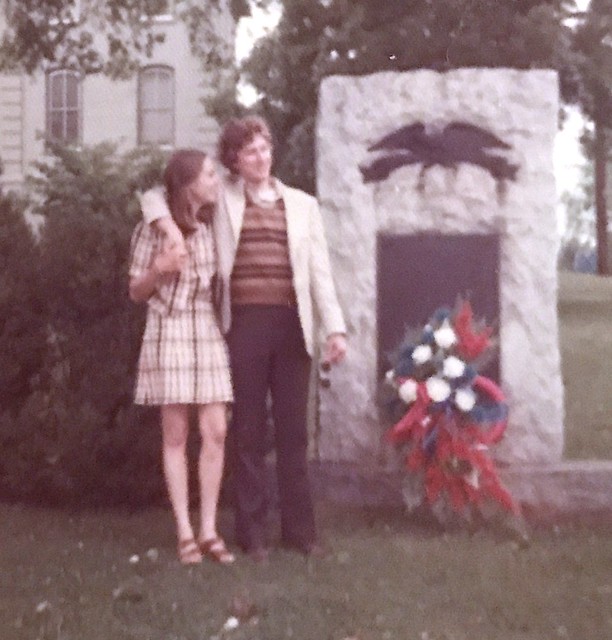 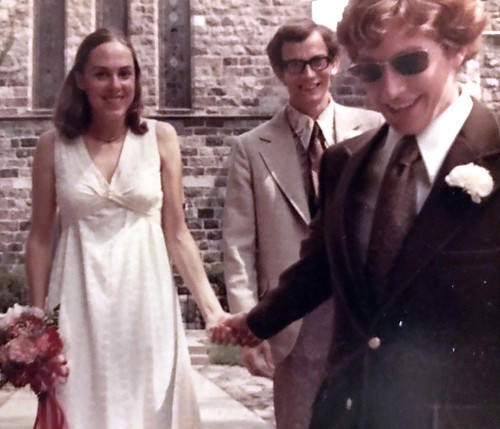 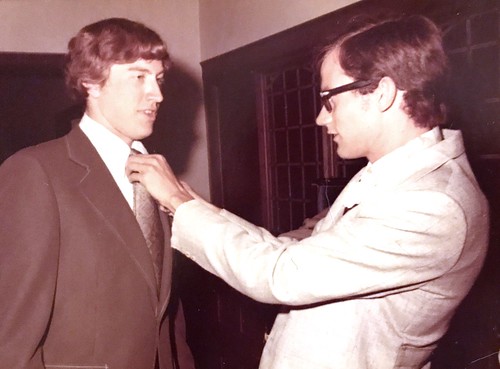 The Best Man adjusts the Groom's tie
Paul and Peter 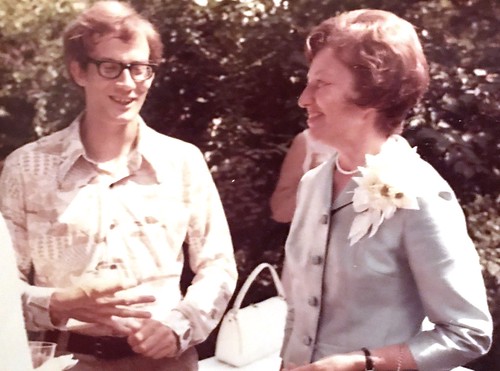 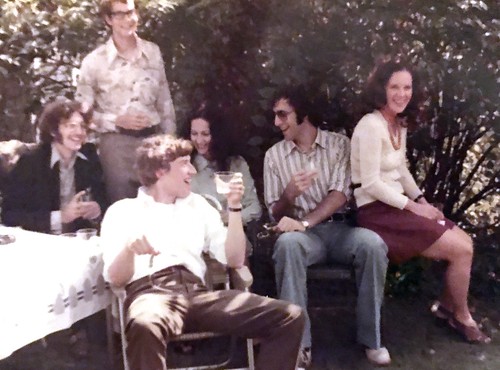 Best Friends
In the back, from left to right: Hoy, Peter, Gwen, Stein, and Mary. Paul in foreground.

In 1972 I had been lucky enough to win $50 and a first place trophy in Carbondale's first annual pinball tournament, and in 1973 the Tournament Director wanted me to come back and defend my title. I declined. He offered to pay all my expenses in exchange for me conducting some press interviews, and I accepted. Peter drove to Carbondale with me. Along the way he captured a silverfish in a rest room, and came up with an idea. "You need a gimmick" he said. He took the bottom off of a matchbox, and wrapped it in cellophane with the silverfish inside. "Susie Silverfish" he said.

"Your good luck charm. You put her on the pinball machine whenever you compete, see-through side down".

John had done a good job lining up press coverage, and I gave several radio and press interviews. Inevitably I was asked what my secret was, and I would explain about Susie, and how I would place her on the machine where she could get a good view. Just at the right time, when they were pretty sure I was crazy, I pulled Susie in her see-through matchbox out of my pocket, and left them befuddled and wanting more.

I appreciated having my expenses paid, and tried to give John some advertising value for his money. I didn't embarrass myself during the competition, but I didn't distinguish myself either. Almost all the machines were different, and I had played almost no pinball since getting married. I didn't win, place or show, and when we left Carbondale the next morning I never expected to return, and I never have.