What follows is a serial essay written by my father, Paul Rasmussen, about his best friend, Peter Brown. Part 1, Part 2, Part 3, Part 4, Part 5

Two jobs requiring Masters degrees in Behavior Modification came open in Greeneville, Tennessee, and Mary and I applied, and were selected to fill them. I rented a cute guest cottage in Greeneville, and Mary lived there with me until she found an apartment of her own. Somewhere along the way my friend Hoy stopped by for a prolonged visit, setting up his hammock near the guest house. I had talked the landlord into renting me the cottage by telling him I was engaged to be married, and was preparing the cottage for my bride. One Friday evening he asked to speak with me, and told me that it didn't seem to be working out as I had said it would. I told him to give me just a little more time, as my bride would be joining me soon. Thirty minutes later I packed a bag and drove north towards Kentucky. I was headed for Wendover. I knew Betsy was visiting her friends Vernie and Cecil there. My plan was to locate the Frontier Nursing Service, where Betsy had worked on her field term. I hoped someone at FNS would know Vernie and Cecil. I did not know their last name. 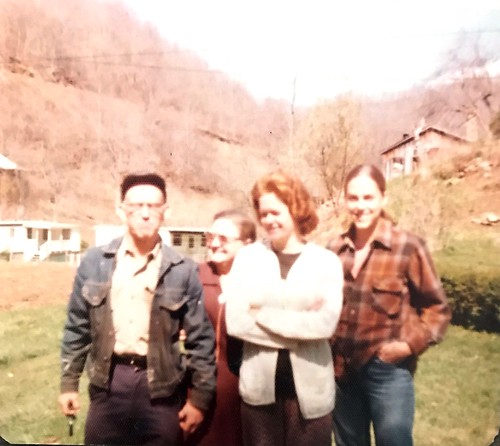 It was well after dark when I got to FNS, and of course it was all locked up. I found a security guard, and he knew Vernie and Cecil. He told me they lived about 3 miles down a dirt road, off to the right, and down a hill. He said that due to the rain that day, the road was only barely passable.

The road was exceedingly muddy, and difficult to drive in the total darkness. After about three miles I saw a driveway appear on my right, and I turned. It quickly became steep, and I realized that right or wrong, I would not be driving back up that driveway tonight. At the bottom I saw a small house, and at the window, looking out at me, I saw Betsy.

It was easy to see why Betsy was so fond of her friends. Noble Kentucky country people, Cecil had built their home, and now made tables, lamps and rocking chairs in his workshop. Vernie made beautiful quilts, cooked all day, and tended her enormous garden. On weekend evenings their adult children would show up carrying guitars and fiddles, and make music. 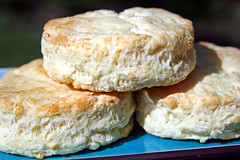 They welcomed me warmly and found a small room and bed for me, and in the morning, after visiting their outhouse, I had the best breakfast of my life. Vernie laid out huge cathead biscuits with her homemade jam, eggs, country ham, fried potatoes, gravy and pancakes.

After breakfast Betsy and I went for a walk. Sitting in the middle of a swinging bridge, I proposed marriage, and Betsy accepted. A day later I was able to drive my VW up their driveway and back to Greeneville. I kicked out Hoy, and spruced the place up. Our plan was for Betsy and me to live in sin for the summer, and get married at her parents' house in Ann Arbor in the fall. 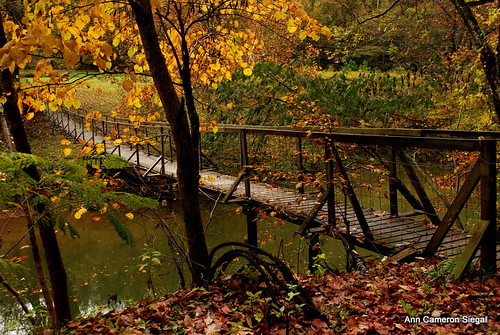 Publisher's Note: This is the only photo on the internet of a swinging bridge in Wendover, Kentucky, courtesy of Ann Cameron Siegal, which is a short walk from the old location of the Frontier Nursing Service, so it is very likely the same one.