What follows is a serial essay written by my father, Paul Rasmussen, about his best friend, Peter Brown. Part 1, Part 2, Part 3, Part 4

I-55 wasn't complete, and we had to get off the Interstate in Mississippi. Peter was driving, and pointed out to me that a policeman had been following us for several miles. He carefully obeyed the speed limit, so we were both surprised when the cop turned on his lights and siren and pulled us over. When Peter asked why he had been pulled over, he was told that he had been driving "too close to the center line". A bus driver, Peter had naturally kept his driver-side wheels consistently close to the middle line when driving carefully. 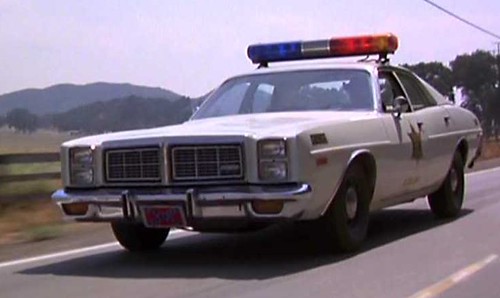 The sheriff wore a name tag identifying him as "Robert 'Pee-Wee' Miller", which I took to be a bad sign. We were placed in the back of the squad car while the cop pawed through our belongings. When I asked what probable cause justified his search, I was told "the fact that you are driving a foreign car". In a cooler in the trunk he found a half ounce of pot. I figured that since the car was in my name, I was probably already legally responsible, and it might be beneficial to keep Peter's record clean, so I said the pot was mine.

We were jailed on a Friday afternoon, and placed in a two-man cell. Our new home had a sink with lightly running water, a toilet, and two bunk beds. We couldn't see other inmates, but there were at least two. After a while we managed small amounts of communication with them, but most of our information came from our jailer. 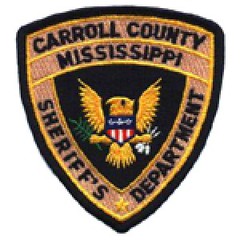 His name was Pigmeat Carver, and he explained that Carroll County hadn't put up their share of the money, so the interstate stopped at their border. All foreign cars were pulled over for speeding if at all possible, and searched for weed. When found, $1500 bail was set. When the bail was paid, the prisoner was released, and never heard from again. Nobody had ever returned for a court date. We were told that we would be given the chance to make a phone call later, and indeed we were. Four days later.

Pigmeat's mother prepared prisoner meals, which were delivered by Pigmeat. In the morning we were brought grits, powdered eggs and cold black coffee. At noon our jailer brought us sugar-laden iced tea and a baloney sandwich. For supper we had a mystery meat, beans, and more coffee. It was clear that even without exercise we would not be gaining weight. 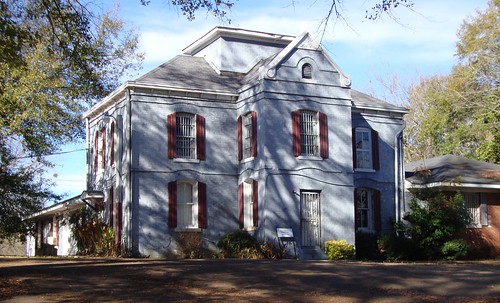 On Saturday it was explained to us that we should stop talking about a phone call - that nothing could be done about that on the weekend. I was glad I had my harmonica with me, and that it hadn't been confiscated along with our watches and wallets. The acoustics were great. At first I was a little hesitant about subjecting the others, a truly captive audience, to my music. As the hours dragged on though, I stopped caring. The blues sounded particularly good.

With nothing to make chess pieces from, Peter and I experimented for the first time with blindfold chess. At first we couldn't both hold the board position in our head for more than four or five moves before one or the other of us lost it, but we definitely got better as time went on.

On Saturday night we had a long talk, and decided to make some changes. I decided I would head to my parent's home in Findlay, Ohio and write my master's thesis, then find a job and try to get my girlfriend to marry me. Peter decided he would go back to Champagne and get instructions from the University hospital to help him manage his kidney failure.

On Sunday I found a disturbing story penned on the wall under the lower (my) bunk. It was so well written that I knew it to be true. A Memphis physician driving a Porsche had been stopped and jailed due to confusion over the drugs in his Doctor's bag. At his hearing the Judge released him, but when he went to the garage (owned by the Sheriff's brother) to get his impounded car, it was closed. Nobody was around, so he drove off. He was stopped by the Sheriff before he reached the county line, thrown back in jail, and tried for stealing his own car.

When Pigmeat dropped off our breakfasts Monday morning we learned that we would see a judge Tuesday morning, and that we could make a phone call right after that. We were also told that Pigmeat would be gone all day Monday because he was the town's shoe salesman, and sold shoes on Mondays. Sure enough, there was no lunch, and we never saw Pigmeat again until he brought our mystery meat. 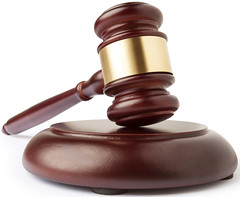 On Tuesday morning we were taken to the judge for our hearing. After he pronounced that we would each be released on $750 bail, Peter reminded the Judge that he had only been charged with "Driving too close to the center line", and not with possession. The Judge examined the paper work, agreed with Peter, and said "In that case, your bail (glancing at Peter) is set at zero, and your bail (looking at me now) is set at $1500".

Finally we were allowed to each make a phone call. I called my parents and arranged for them to wire $1500. Peter called Mary and told her we were heading back to Carbondale. After the money was transferred, our possessions were returned, and we were driven to the garage where my car had been impounded. I was careful to pay the sheriff's brother the money I owed him for taking care of my car. We stopped once for gas, and once to buy a couple of big steaks. We each showered and changed while Mary cooked us a big meal. It was good.

After a few days, I left for Findlay, where I apologized to my parents, and thanked them for their loan. I then spread my books and notes out onto their dining room table and left them there for a week while I wrote my master's thesis. I managed to get it approved by Dr. Azrin, the Department Head, in record time. I am sure it didn't hurt that my research provided support for Dr. Azrin's recently invented overcorrection procedure. In the acknowledgments section I credited Sheriff Robert "Pee-Wee" Miller.