What follows is a serial essay written by my father, Paul Rasmussen, about his best friend, Peter Brown. Part 1

It is a bad idea to hire a senior in college to be a security guard for that college. I don't know how straight a line I would have walked on my own, but Peter definitely drew me to the dark side. It is not that Peter was immoral. Instead he was bored, and looking for excitement. He decided we should make a copy of the college's master key, so one late night when we were both on duty we located the maintenance department's key duplicating machine. We discovered that the available blank keys were incapable of becoming a master duplicate, but in the time available to us, Peter learned how to use the key duplicator. Later we learned where the supply of blanks capable of becoming a master was stored, and duplicated the master key checked out to us at the start of each shift. We weren't really bad boys, but we definitely experimented with the idea. We decided to develop a false identity in case one of us needed to disappear to South America or somewhere. We chose a name - Duncan Wesley Tuttle - and started with a public library card. Later Duncan applied for and received membership to the Red Cross, the

International Frisbee Association, and the American Contract Bridge League, among others. Our plan to seek a social security card and driver's license never materialized.

One evening I was on duty at the old hospital. A four story building, it was totally deserted, though still eerily equipped with many beds. Guards weren't supposed to use the elevator when guarding the building, but we had never been given a reason, and we all routinely used it. When it jerked to a stop trapping me between floors, I wasn't sure what to do. I was expecting my girlfriend to bike to the hospital around supper time in order to bring me something to do eat, and I had left an outside door unlocked for her. When I thought the time was right, I started yelling for help, and sure enough, Betsy found me. There was no question about what our next step would be. Betsy went to fetch Peter. Peter brought tools. After less than an hour's labor he was able dismantle enough of the elevator door for me to crawl out. We threw the removed parts onto the roof where they would never be found. We never reported it, and never heard a word about it.

Peter and I decided to summer in Champagne, where Peter grew up. If accepted, and if I could afford it, I planned to enter graduate school in Carbondale, Illinois in September. Before we left Beloit, we threw a party at our apartment for all our fellow guards on the force. A good time was had by all, and sometime after midnight, when the last liquor bottle was empty, I went to bed. At 2:30 am, Peter woke me up and told me to get dressed. "Come on", he said. "We are going to rob the safe". The trust I had in my friend is revealed by noting that I dressed completely before asking "What safe?". 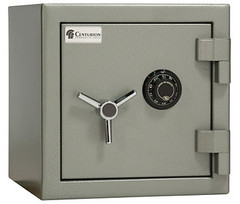 Peter had a plan, and I was part of it. We walked to the college, and let ourselves into the old Middle College building. The building had a tower at the top which provided us with a concealed view of the campus all around us. We waited there until we spotted the security guard on his rounds. When he had entered the Union building, examined, and left it, we walked the short distance to the Union and entered it ourselves. Peter explained that he had seen and memorized the safe combination while watching it being opened one morning, so I stood guard while Peter opened the safe. He put money from the safe into a cloth bag he produced from his pocket, and opened a window at the back of the building. We walked a couple of hundred yards to the Gym, concealed ourselves in some bushes across from the entrance, and waited until the guard covering that half the campus had entered, checked, and exited the Gym. While we waited, Peter told me that the previous night he had left some shoe prints in the ground and some dirt on the wall below the window he had opened.

When the coast was clear, we let ourselves into the Gym. We took a padlock from the unassigned padlock box, and locked the money bag into a remote locker in a remote corner of a remote locker room. Empty-handed, we walked unseen back to our apartment. Several weeks later, just before we left Beloit, we returned to the locker, and fortunately remembered the lock's combination. Our haul amounted to about $250. That, plus my last paycheck from Martin Security, took me through the summer.