What follows is a serial essay written by my father, Paul Rasmussen, about his best friend, Peter Brown.

When I left for college my father armed me with just one cryptic piece of advice. "You will find that some people have much more money to spend than other people, so be careful." My mother, less vocal but more practical, sent me a $7.00 check every week. I traveled only 70 miles, from Kenosha to Beloit, but nobody else from my high school was at Beloit College. I wasn't particularly fond of my high school self, and I looked forward to the opportunity to reinvent my personality. For both good and bad, much of the character I developed at Beloit was the result of my friendship with Peter. He was two years older than me, although only a year ahead of me in college. Throughout our time together, he was always the leader of our duo. The Butch to my Sundance. The older brother I never had.

It has been said that ethics is the science of morals, and morals are the practice of ethics. Peter was highly ethical, and imparted much of that to me. He knew the rules, and respected them, and now I do too. I thank him for that, but then I must also blame him in part for my mixed morality. Peter and I did not always follow the rules. Sometimes the risk/reward ratio seemed to be unbalanced on the side of reward. Occasionally I accept responsibility for my past actions, but on good days I absolve myself of much of my guilt by remembering how hard it is to withstand social pressure, and by remembering the importance of friendship. 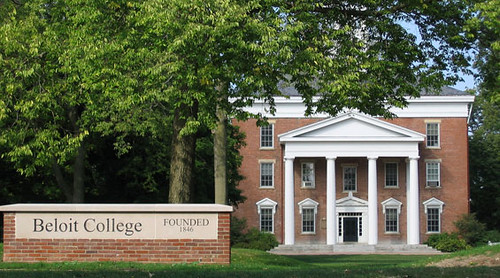 I had been assigned to the second floor of Blaisdell Hall, along with fourteen other eighteen year old freshmen, and Gary, our nineteen year old sophomore hall supervisor. Beginning my first week of college, and continuing all year, six or seven of us would occasionally sit in the hallway outside the hall supervisor's room late at night and talk for hours. Peter did not live in Blaisdell, but he was Gary's friend, a frequent participant in our late night discussions, and, by all appearances, the brightest of us all. He had come from University High School in Champaign-Urbana, where his father was a nuclear physicist.

Our hall talks were always late at night, but in the daytime the boys on our hall played a game we invented and called "Bloodball". First we moved the couch, chairs, lamps and end tables out of our small shared living room. Then we taped a wastebasket to the middle of the windowsill, about four feet off the ground. Teams of two competed to put or throw a tennis ball into the waste basket. There was only one rule: No knives. We grappled with each other for hours, and took pride in the blood we left on the walls. Somewhere along the way, Peter and I developed a good partnership. When intramural basketball began, Peter and I found ourselves on the same team, and we continued to have success with our bounce passes.

Beloit College was a strange school. It used a trimester system, with students spending all of their first twelve months at Beloit. Students scheduled the five terms of their middle two years any way the liked - two terms at school, two vacation terms, and one "field term" (a college approved 4 month job, anywhere in the world, sometimes paid) before returning to Beloit for their last two terms. Because of this, I totally lost touch with all my high school friends who reunited in Kenosha after their first year of college, and I lost touch with most of the friends I made my first year in college when we scattered for two years before returning for our last year. 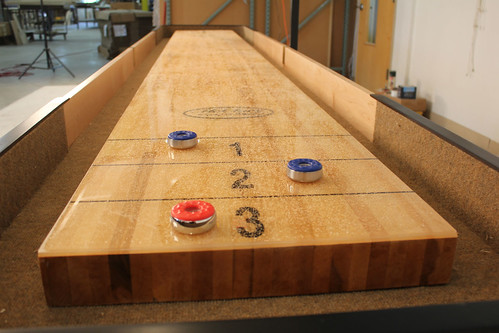 I saw Peter off and on during my middle two years, and along the way we became friends. Our partnership shifted from bloodball and basketball to shuffleboard - the barroom game where you slide your pucks down the waxed surface, knocking your opponent's pucks into the gutter, and leaving your own puck in the three point zone. The shuffleboard table was at Goody's, a bar about a quarter of a mile from campus. To say that Peter and I spent many hours there and got to be good at shuffleboard would be a tremendous understatement. Winners held the table, and losers bought winners a 20 cent draft beer. On good days Peter and I could play continuously, undefeated for hours.

When I returned to Beloit in September of 1970 for my senior year, I lived in a fraternity house, and spent most of my free time cavorting with my fraternity brothers, but as the year progressed I spent more and more time with Peter. He got a full-time job with the Martin Security Agency, and with his encouragement, and with my schoolwork well-controlled, I took a 40 hour per week security job too. My Security Guard assignments included the new Beloit Hospital, the old Beloit Hospital, and a plain clothes (wearing my only suit and tie) assignment at a resort lodge just across the state line in Illinois. However 90% of my shifts, and Peter's too, were either 8 pm to 4 am or 11 pm to 7 am at Beloit College. In January I moved my few belongings to Peter's off-campus apartment.