The last (and only other) time we went to Cabárceno Zoo, Nora was not quite three years old. She just turned eight, and her brother, Ian, is about to turn four. It was time to return. It is amusing to compare the prices as I blogged them back then. The adult price went up from 21€ to 30€, the kid price went down from 18€ to 17€, and the family year membership went up from 100€ to 135€. This time we decided to buy the year-long pass, which becomes cheaper if you go more than once. Since we had been there last time, they have installed an aerial tramway to transport tourists across the rugged terrain. It's a lot of fun silently gliding over the animal exhibits. 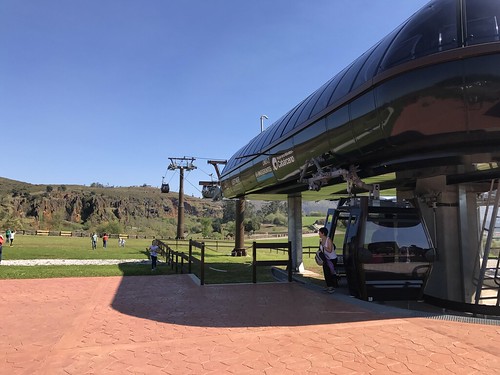 One of the tramway stations. One of the three-dozen cars (Car #1) on each line has a glass bottom. We just missed lucking into it twice.

We went with Ian's best friend from school, Gael. 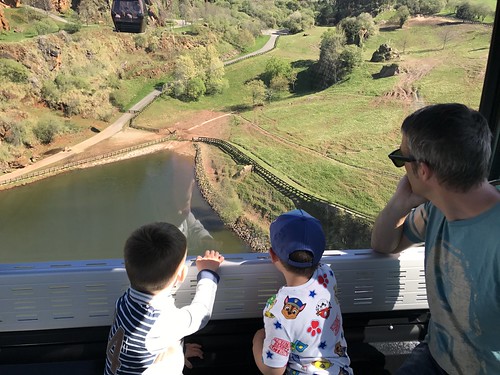 Flying over the hippo exhibit. 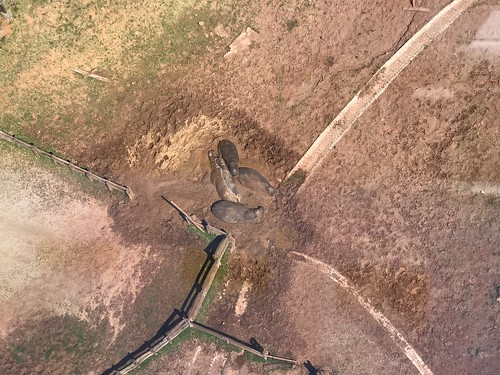 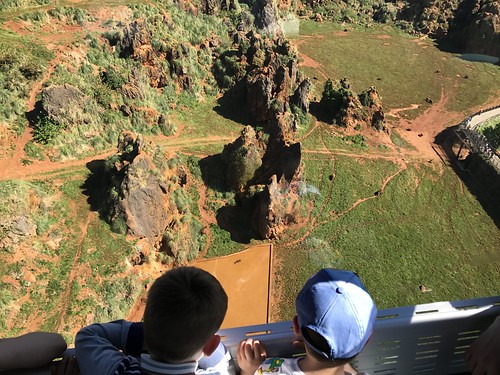 Those are bears traveling on their well worn paths. The zoo has between 65 and 70 bears. They aren't 100% sure how many they are because of all the caves in the terrain. 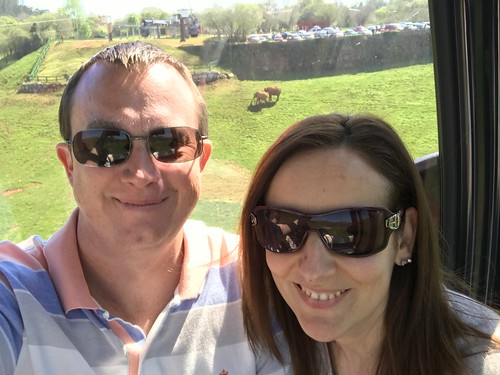 Elephant selfie with the missus. 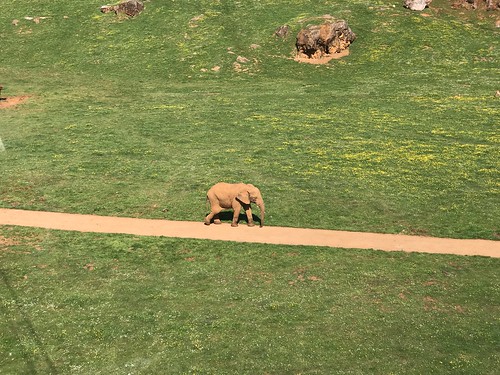 They really don't look so big from up high and non-adjacent to any known objects of scale. 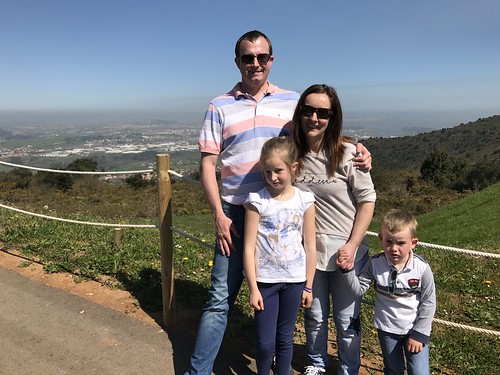 Gorgeous view of Santander in the background. Pro Tip: Don't wait until right before lunch when the kids can't stop saying "I'm hungry!!" ever two seconds before taking your family group shot. 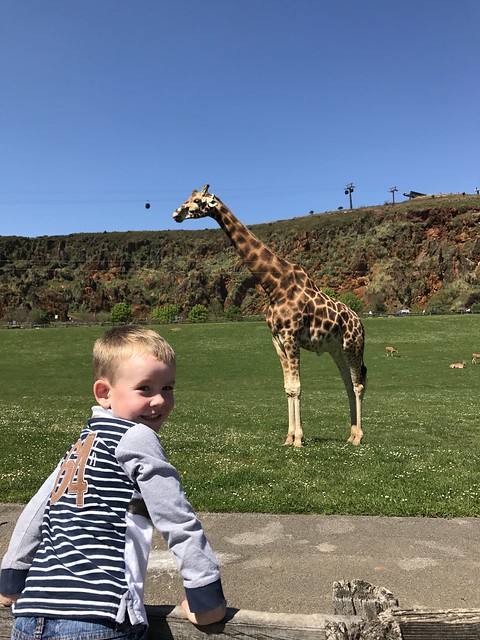 Giraffes sure are strange creatures. 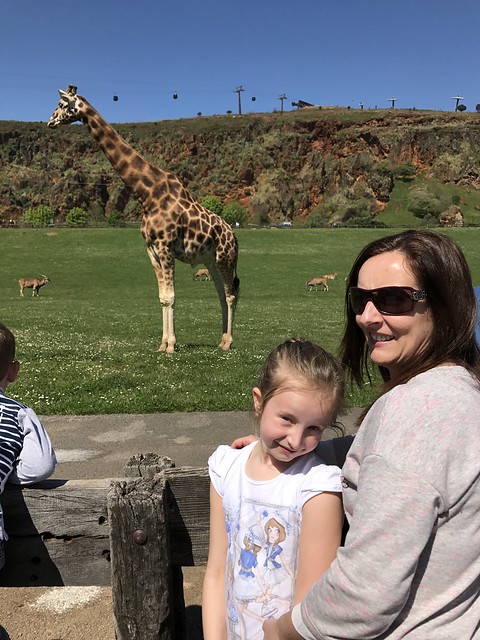 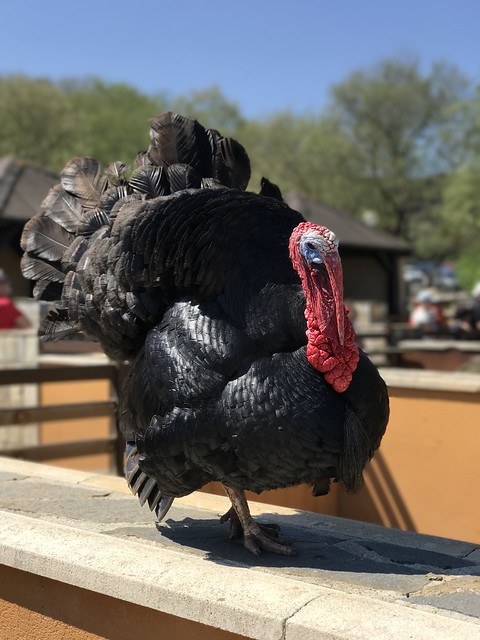 Turkeys have the ugliest faces. This one was all puffed out, presumably to cool himself down, as it was quite warm. As before, the farm animal section was a great hit with the kids. While they spent time ripping grass from a nearby lawn to feed through a slit to some goats, I had a nice rest in the shade. 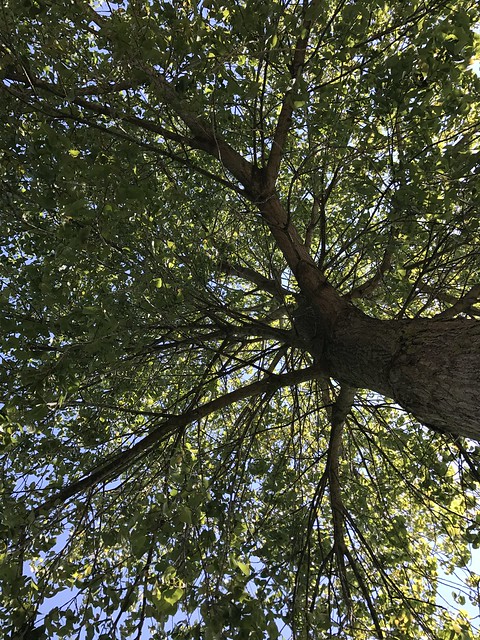 Is there anything better than lying under a tree on a hot sunny day? I think maybe not.

After a brief rest, we walked over to the birds of prey show. It's been a long time since I've seen a spectacle and immediately begun planning how I can return to the show with all the people I love. Both my wife and I said, almost simultaneously, "We have to bring my parents to see this," each referring to our own progenitors. 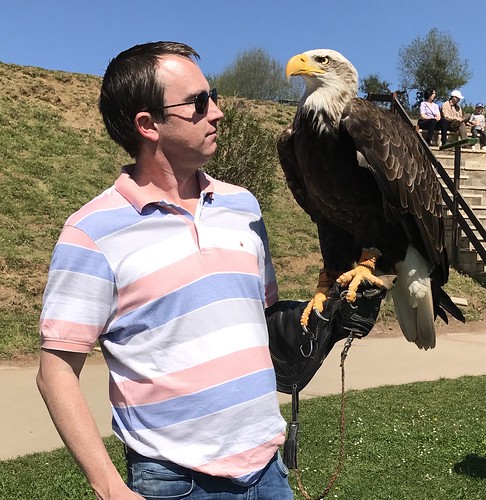 Before the show, for 3€, you could hold one of the birds. I chose the obvious species. Best 3€ I've spent for a photo op ever. It was surprisingly light; it couldn't have been more than 4-5 kg. He didn't mind at all being so close to my face.

They have trained the birds to fly as close as possible to the spectators, sometimes even nicking them with a wingtip. Some of the vultures had 2.5 meter wingspans. At the end of the show, the trainers come out with a treat on a big rope that they swirl around. Then, they direct your attention to a nearby mountaintop, where you can just barely make out a bird, which then swoops down, low to the ground the whole time, and just as it is arriving the trainer flings the faux prey into the air, and the bird grabs it. It was pretty spectacular.

After a short break for ice cream, we went to see the gorillas and tigers. 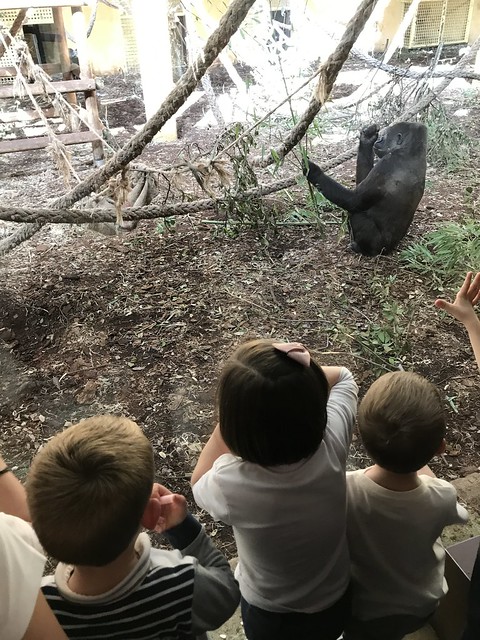 The gorillas in the gorilla exhibit did some of the best gorilla-ing I've ever witnessed. It was like a full documentary in 3D. The casting director did an excellent job. We had two juveniles playfully beating the crap out of each other, whilst the rest of their family ignored them. We had an attack where one of them malevolently knocked another one out of a hammock, which required the huge patriarch to intervene, and last, but not least, we had a mother caring for her newborn, which peed all over her. You couldn't write a better gorilla script.

Stay 'til the end to see how a gorilla mother wipes her baby's bottom.

Then it was off to the tigers. 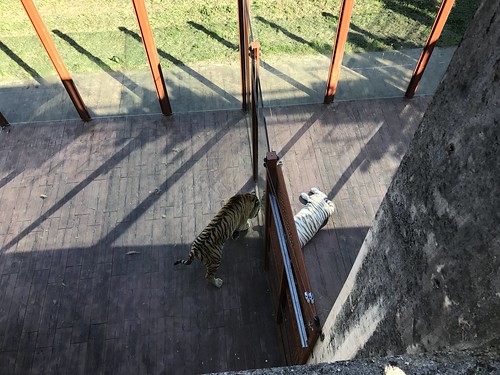 There were three tigers, who all had to be kept separate so they didn't maul each other to death. 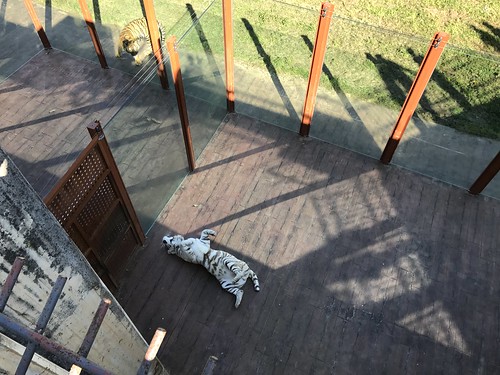 The white tiger still had clotted blood on his little stump of a tail, evidence of the animosity.

From the animals I most wanted to pet to the other end of the spectrum. 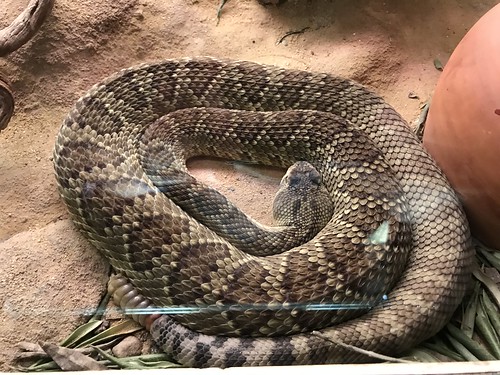 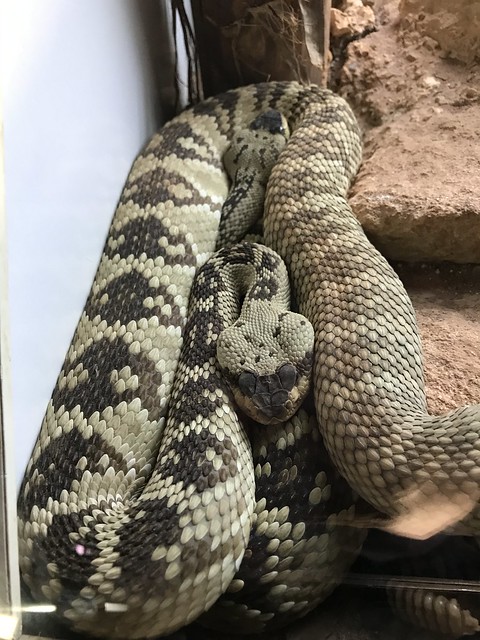 Some of them looked like they had two heads. I never kn

ew there were so many different kinds of rattlesnakes. 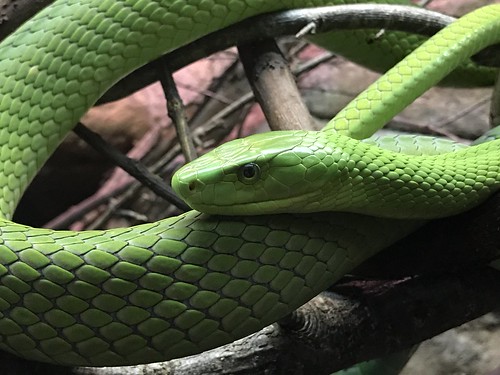 It's no wonder we chose these guys for the source of evil in Eden. 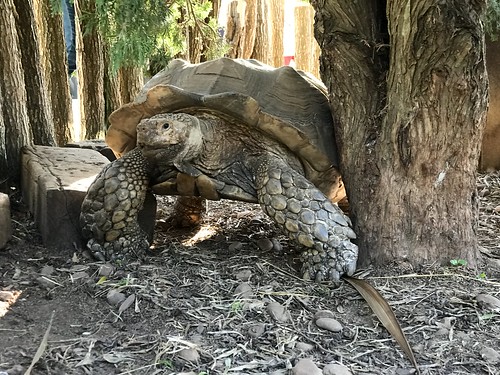 There's something about having legs that makes animals more cuddly. 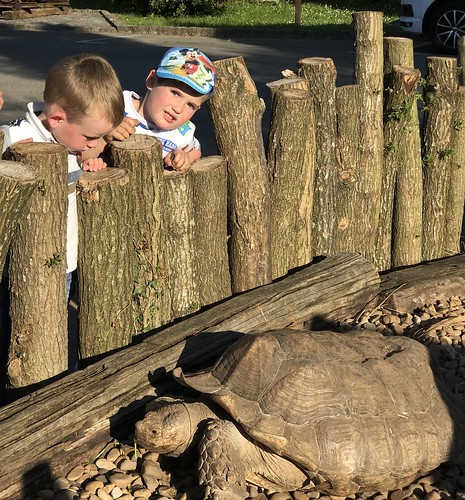 Ian and his friend are in the three-year-old preschool class, which is called Turtles, so they have learned a lot about them over the school year so far.

What a wonderful day! Cabárceno Zoo has shot up to the top of the list of places to take friends and family who come to visit. Plus, it's very car-heavy, i.e. you have to drive between exhibits, so even our less able-bodied family members will be able to attend. We're gonna use the heck out of that annual pass!