Nora and Ian's first time in the snow

In the twelve years I have lived in this town, it has snowed once such that it stuck for a few hours. It very rarely gets down to zero degrees Celsius here at sea level. Unlike their cousin, Xander, in the Upper Peninsula of Michigan, who needs a snow shovel to even leave his house for 5 months of the year, our kids have never really experienced snow.

In past years, we have seen photos of Nora's classmates playing in the snow. Because we live right next to the mountains, it's possible to drive a bit into the mountains and find snow, but we never have. Mainly because the kids never had any appropriate clothing for rolling around in frozen water. This year, we were determined to do it, so we bought the kids snow clothes. This weekend was the first weekend after a week of cold precipitation (rain here, snow in the mountains), so we decided to do it. Unfortunately we still didn't have appropriate shoes, so on Saturday we went to the mall to buy the remaining shoes and gloves, and on Sunday morning we left for the hills. Upon consulting some more knowledgeable friends and highly weighting plans that involved mostly motorway driving (the kids get car sick), we chose a place called Alto Campoo, near Reinosa. There is a ski resort there, but we stopped before we got there.

On the whole drive there, we didn't see any snow, even when we got to Reinosa, which often gets snowfall. We were starting to convince the kids (and ourselves) that we might not actually see any snow today. The mood in the car was very gloomy. But then we came around a bend, and there, before us, lay a mountain covered in snow. It was a glorious sight. 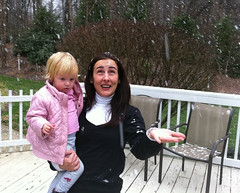 Eventually we came to a little car park full of cars next to a little field full of kids and sleds and things (we thought our lack of sled was going to be a downer, but it turned out not to be); we parked and suited up, and soon it was time for the kids to touch snow for the first time.

Technically Nora has witnessed snow_fall_ back in 2010, but she was less than two years old – see photo to the right.

Unfortunately, the snow was pretty bad for playing in. It had fallen days earlier, and a thick cap of ice had formed on top. Sometimes you could walk along top of the ice cap without crashing through, and other times you fell almost a foot deep (no pun intended). It was too powdery to make snowballs. I managed to make a few snowballs with my gloves off, so that my hands could melt the snow a bit, but I could only make one or two like that before I was out of hand warmth, and with gloves on, the snow could not be formed into clumps. There were a few snowmen that looked like they had been made at least a day earlier, because they were covered in the same thick ice coat, such that we couldn't even jam the stick arms back in; the snow was just too hard.

But the important thing is that we had a wonderful time, created great memories, and got some great photos and video. I suppose you would like to see those since you've read this far. I shall oblige... 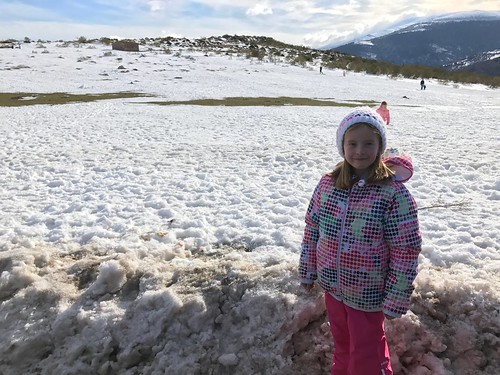 She hated this, but I got a photo of her before she ever touched the stuff. 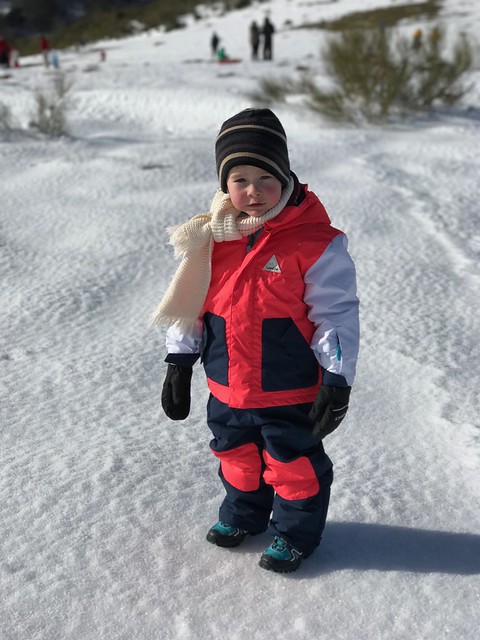 Ian, all bundled up. 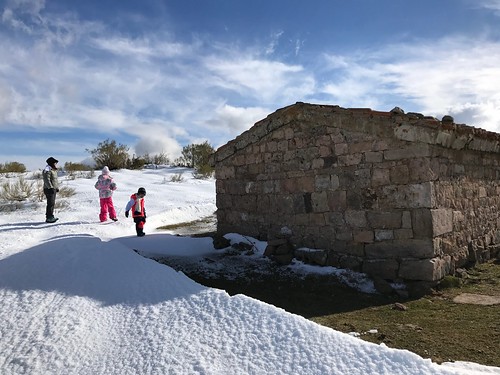 We found an old stone structure, about which, upon entering through the doorless doorway, it became clear that it was mainly used for the local livestock to take refuge and poo in. 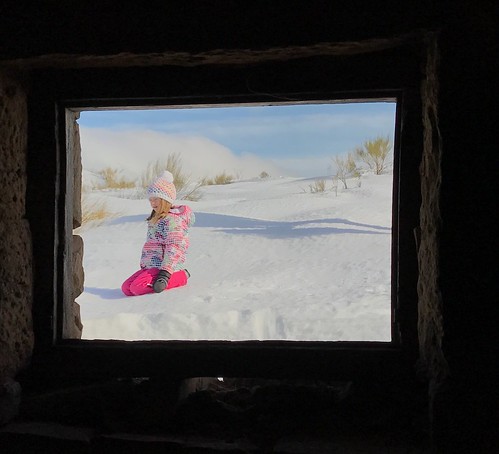 I did capture this shot from inside, which was cow-dung worth it! 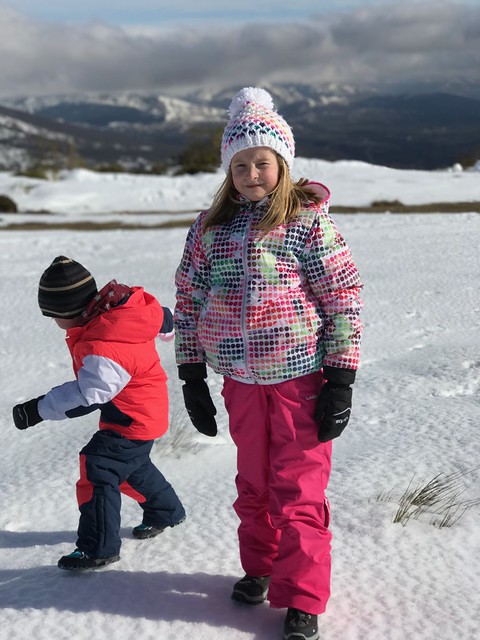 Letting the iPhone 7Plus "portrait mode" shine some more, even with animated brother behind. 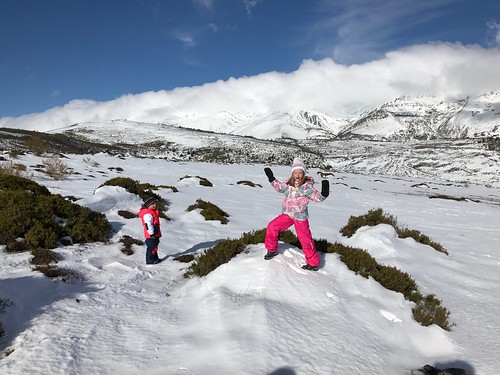 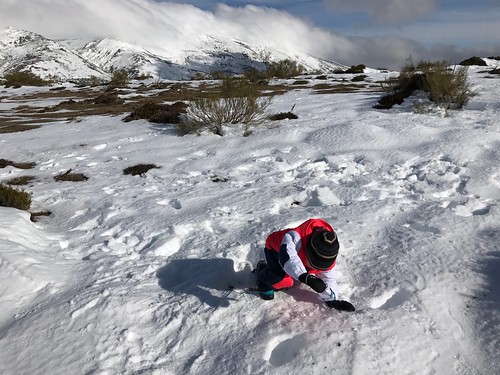 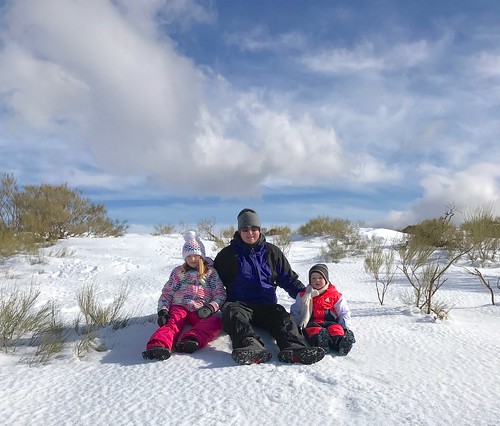 Posing with Daddy, who only had rain pants on over jeans, not actual snow gear. Cold bottom! 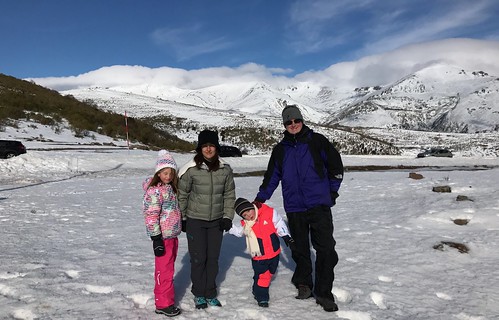 The four of us. Ian never poses without silliness. 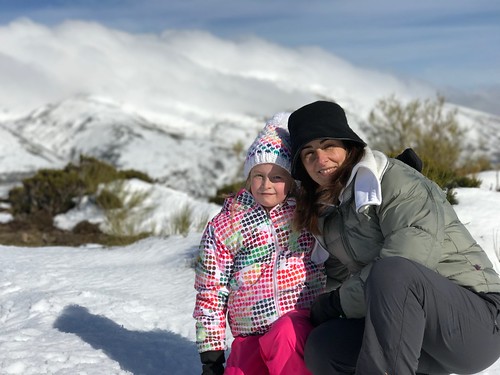 Mother and daughter. Again, how 'bout that "portrait mode"!? 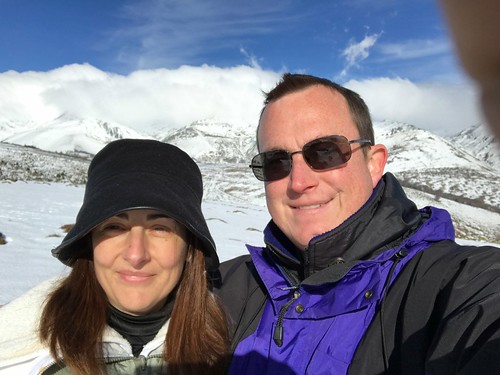 Snowfie selfie with the wifie.

Here's the video. Full screen it if you can. We found a preexisting snowman and tried to revive it. My wife even tried to use some frozen horse poop (did I mention there were cow and horse droppings everywhere?) for the eyes, as one does, but it was deemed imposible.

If you stay for the end, there is a pretty great timelapse video that I managed by leaving my phone sitting in the snow for twenty minutes (while the kids dug holes).

Not bad for entirely created and edited on a phone, huh?

After a few tapas for lunch, which took 90 minutes due to high demand, we decided to visit the nearby "Birth of the Ebro River". I don't even know the term in English, but I love that the Spanish refer to the place that a river starts as its "birth". Because isn't Life just a river that ends in the ocean? I knew that the Río Ebro was one of the more important rivers in Spain, but I had no idea that it started in Cantabria, so close to the Atlantic coast, and made its way all the way in the the Mediterranean Sea!! Crazy. 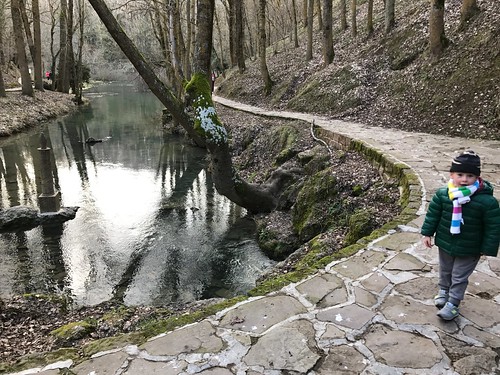 So anyway, here's what the "birth" looks like. It's a river that just sort of starts in this one spot, with water pouring out of the ground. 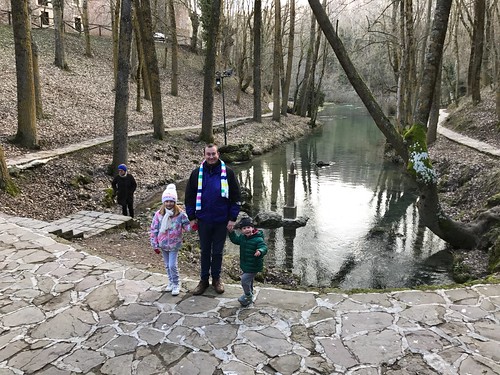 It was definitely a "Well, we've seen this, so we can check it off our list." sort of tourist destination. That said, however, the surrounding area does look like it would be nice to visit during the summer.

Overall, we had a wonderful day. The snow was delightful. 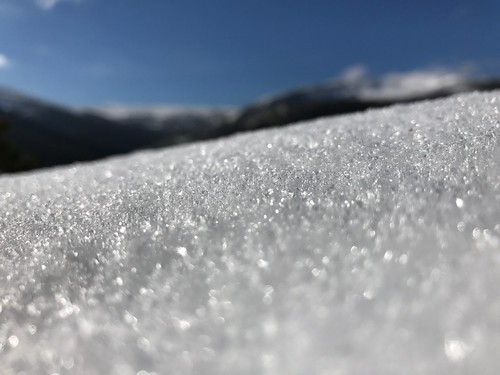