Well, it's been eight years. Eight years of holding my head high as an American expat, proud of my nation and its great (but never flawless) government. During the George W. Bush years, I shut down so many "Why on earth would your country do X?" conversations with, "I don't know, man, I apologize..." Under Obama that happened – hold on, let me count – never. The Spaniards in my town with whom I am in regular contact did nothing but praise the US leadership. Shortly after Trump was elected – via the electoral college, not the popular vote – in November 2016, a man whose face I am familiar with, but have never spoken to, yelled at me from across the street. I stopped, and he crossed the street to talk to me. He said something along the lines of, "Look, I don't know anything about your politics, but you should be ashamed by whom your nation has elected." I assured him that I was and resisted a retort about the utter knuckleheads (that's los knuckleheads in Spanish) that Spain regularly elects.

Back in 2009, I blogged a photo of myself watching the historic inauguration of Barack Hussein Obama. Today I do the same. 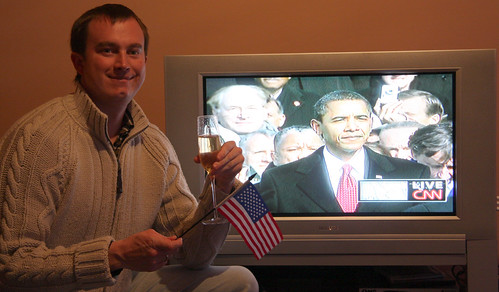 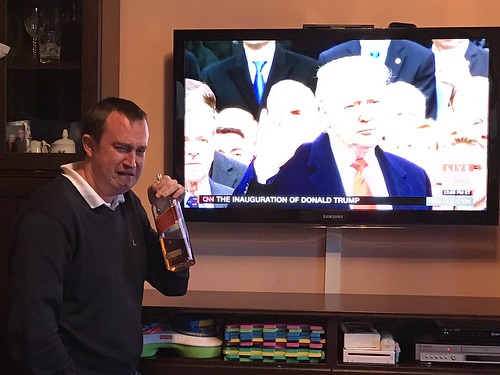