On Saturday, my family and I went to a local tourist destination that I have been wanting to visit for some time now: the islet of San Juan de Gaztelugatxe. It has got to be one of the most photogenic spots I've seen on the northern coast of Spain. Especially near the solstice, with the sun low in the southern sky, the geographic wonder was back lit to great photographic effect. It's so photogenic, in fact, that it will be appearing in Season 7 of a little tv show called Game of Thrones. They have already done the filming. 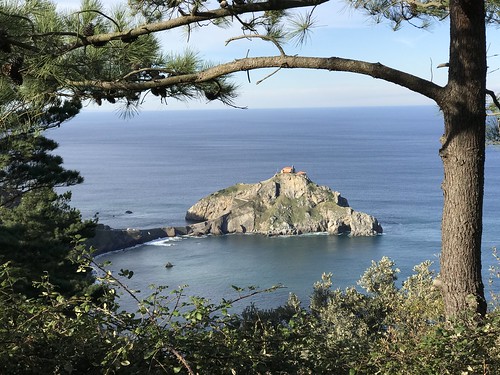 We had to park the car way up high on the mountains above the sea, which also added to the effect. Every time it came into view on our 25 minute walk down to the islet, I couldn't help but pull out the camera. 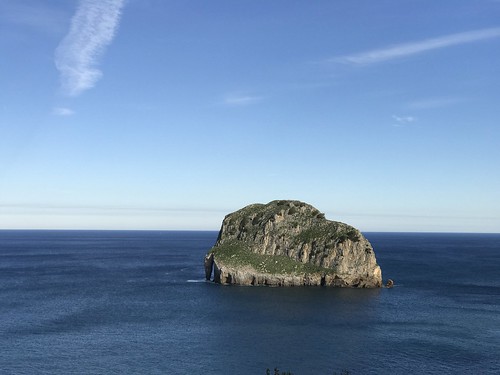 It has a less well connected island brother nearby that has been less trampled by humans.

Here you can see how far apart they are. 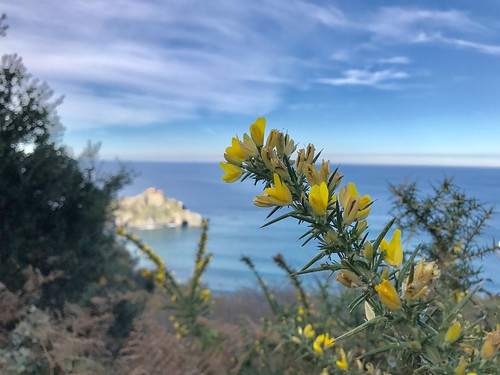 Some gorse flowers overlook the sea. 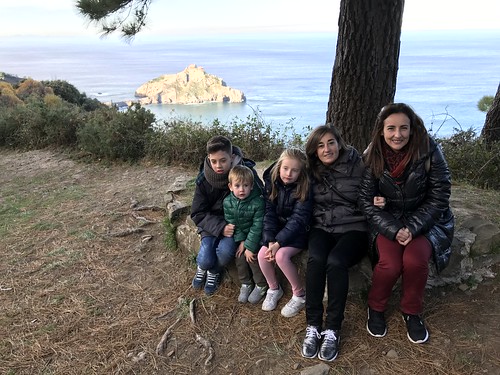 We went with the same cousins that we visited Gavilanes with in September. 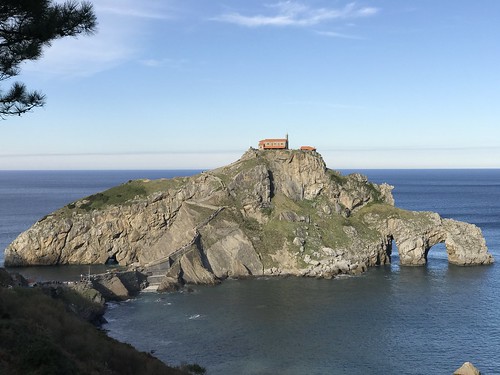 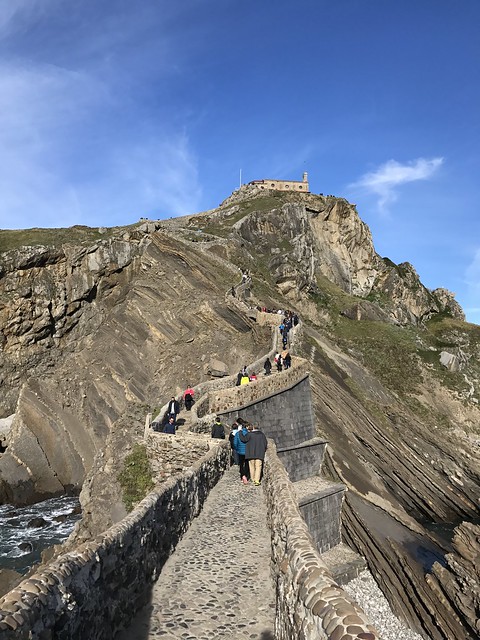 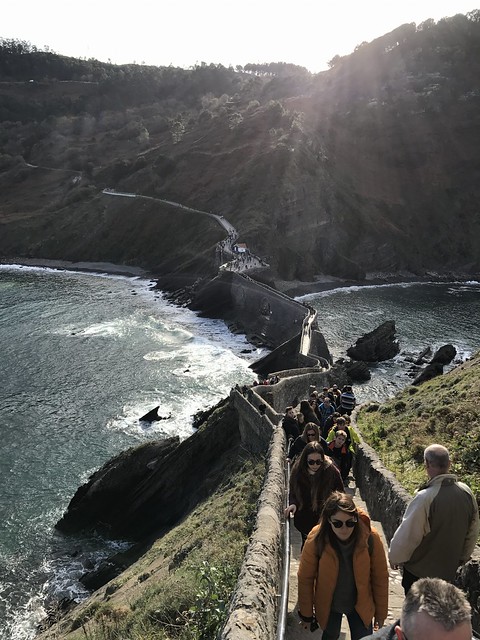 There were plenty of other tourists making the same journey. 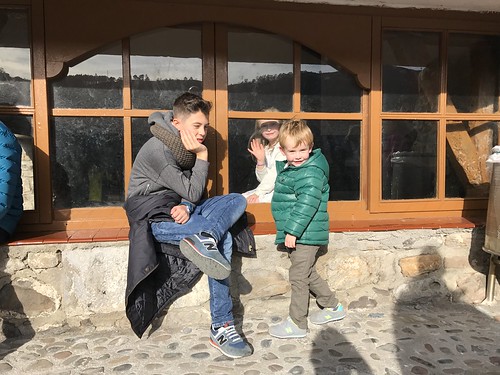 The kids were glad to rest at the top. 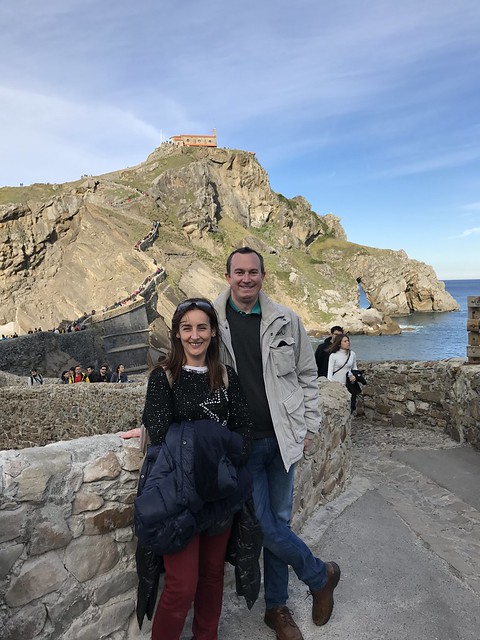 Triumphant after our walk back down. What we were forgetting was the crazy climb back up to get to where the cars were... 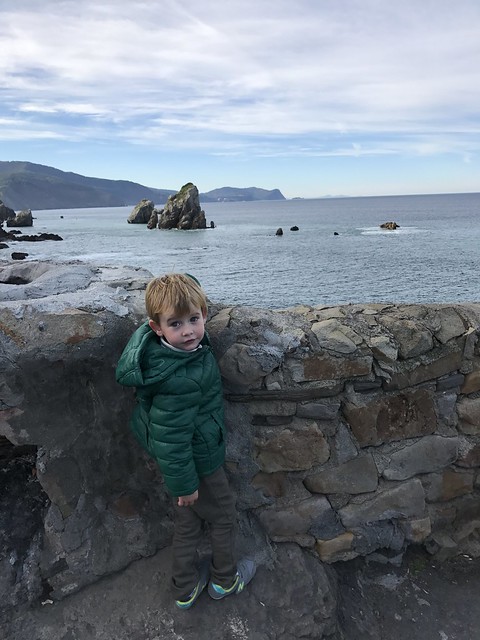 Ian had a great time. 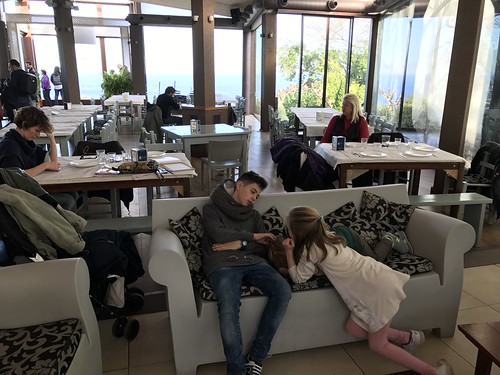 Back up to civilization, we found a gorgeous restaurant with some really spectacular sea views. 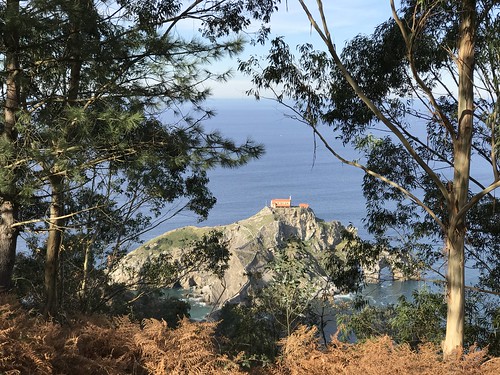 Farewell, San Juan de Gaztelugatxe. Thanks for the lovely hike.