Yesterday, September 8, 2016, was Ian's first day of school. As is natural, he has been very excited to attend the same school as his hero and older sister, Nora. He knows that name of the school and has been telling everyone all summer that he will be starting. I think he kind of thought that he would be sitting next to Nora in her second grade class, but I think he understands now that he's entering at a different level. Just like when Nora started, they have an Adaptation Period, which you can read about from four years ago, in which the three-year-old class starts the parental separation that is the modern education assembly line very gently. The first day was half an hour with a fourth of the class and the parents in the classroom. Today was the second day, and it was also thirty minutes, but without the parents. There are a few more days of 30 minutes, and then it goes up to an hour, and then 90 minutes, two hours, and finally to the full 3.5 hours that all the kids have in the morning. This gradual toe wetting process was extremely important for Nora four years ago, but Ian could back half somersault pike dive into the deep end of the social pool without a splash.

In our school, the preschoolers, from age 3 to age 5, generally have the same teacher for all three years. This year, however, of the three preschool teachers, one left to work at another school, one decided she would rather be demoted to an assistant (or is it promoted to management?) role and not be responsible for a class herself, and the third one is pregnant on maternity leave. So all three of the preschool teachers this year are new. This doesn't really affect us, since Nora was out of preschool and Ian is just starting. His teacher comes from another school in town, and everyone who has a kid that has had her thinks she's great. No one will ever equal the amazing preschool mastermind educator that Nora had, but we are pretty happy with Ian's teacher, Gemma. She has a deep Andalusian accent and seems pretty great with the kids so far. 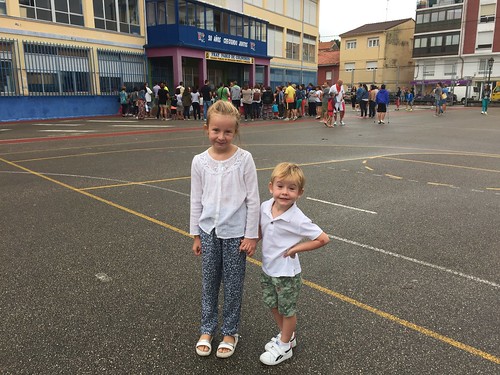 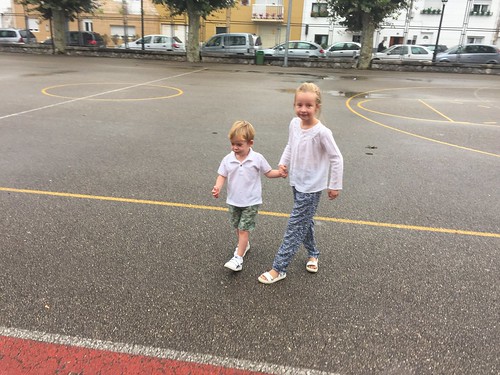 Nora walked him all the way in. 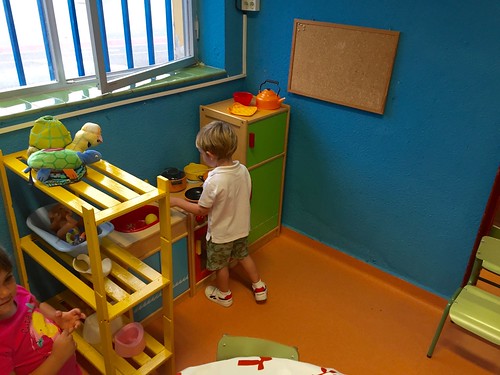 Once in class, after scanning the classroom, he went immediately towards the kitchen corner to begin cooking. All the other kids were doing other things at first. 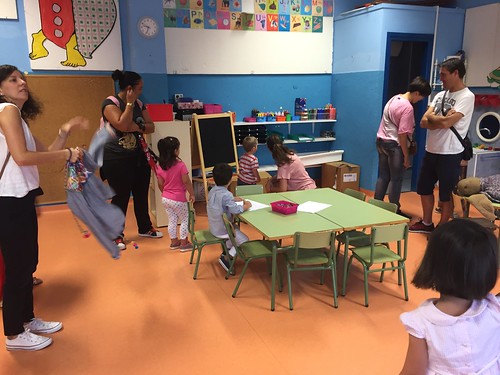 It was funny to see which parents were helicoptering and which were not. It turns out that whether or not you have an elder child or not is strongly correlated. Most of the kids in Ian's group (there are four), that starts at the beginning of the school day, have older siblings at the school, to maximize convenience of the parents. 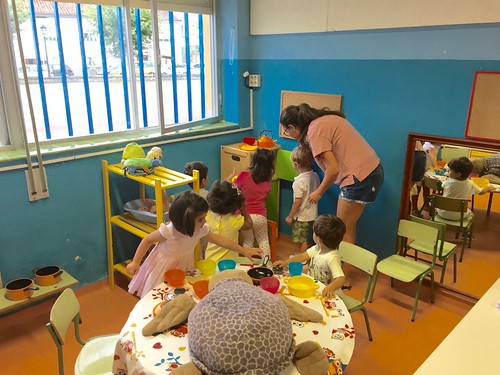 Eventually the others discovered the kitchenette. That's his teacher behind Ian.

When we were about 5 minutes from leaving time (i.e. 25 minutes after arriving), the teacher told them all to pick up toys, and darned if they didn't actually do it. 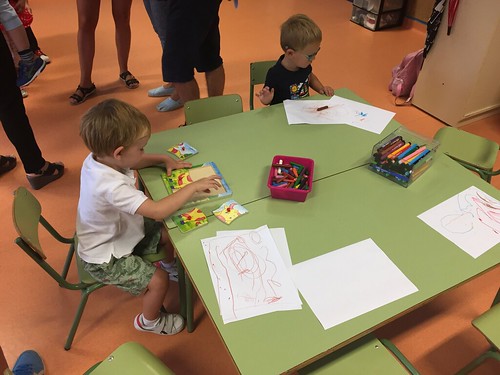 He got in a little table time, too.

When it was time to go, he asked if his friend that he knows from daycare could come home with us instead of going with her father. She would have willingly gone, but could not for grownup logistical reasons. Parents are the worst.

Over all, it has been a wonderful start to his journey through the gauntlet of public education. I will leave you with a drawing he did on Day 2. 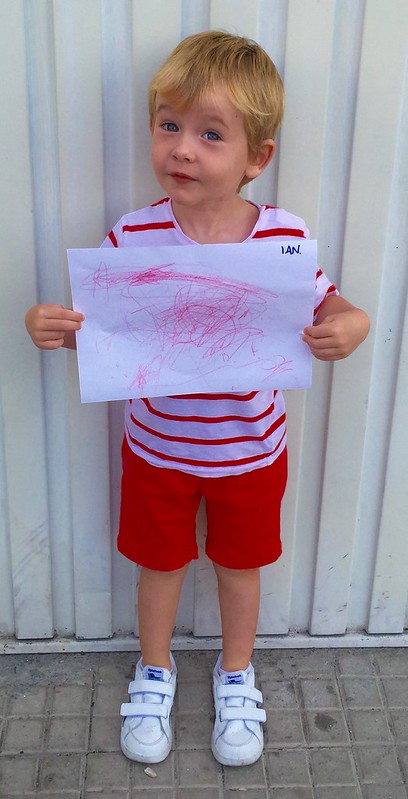