This past Sunday, with the kids summering with their grandparents down south, my wife and I signed up for a hike organized by the local tourism board. It was advertised as: Subida a la balconada del Cerreo, 4:30 hours, 600 meter change (Medium Difficulty). We thought, "600 meters! That's nothing!" Of course the 600 meters is really only measuring the difference from the lowest to the highest point. While it was quite as high as the Pico de las Nieves, which you can drive almost all the way up to, we did end up with a very nice view from which we could have hit our house with a laser. When we got to the meeting point, a little early, we were expecting to see a dozen or twenty other hikers, but there were closer to 200. Many of them were clearly avid aficionados of the hobby, with their hiking boots, sweat-wicking, brightly colored clothes, telescoping aluminum walking sticks, and tight-fitting backpacks with a straw to drink water from without stopping.

The cost to play was 7€, which gave you a little goodie bag with a bottle of water, a granola bar, and an apple. The pros took their goodie bags back to their cars, as they were already prepared, but that apple sure tasted good to me about 70% through the hike! The price also included a parrillada of grilled chorizo and bacon, with free beer, water, and sangria at the end. Plus, a really nice brightly colored, sweat-wicking t-shirt! The shirt alone must be worth at least 25€. 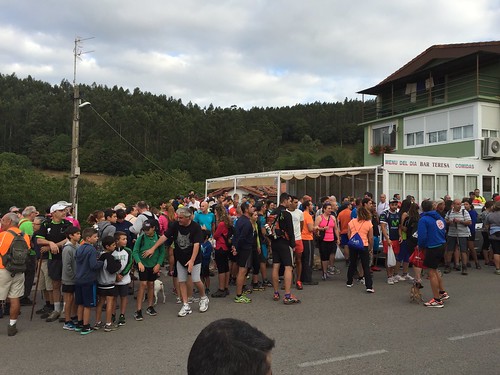 Everyone signing up. There were several kids around ten years old, and a few dogs that made the hike, too. 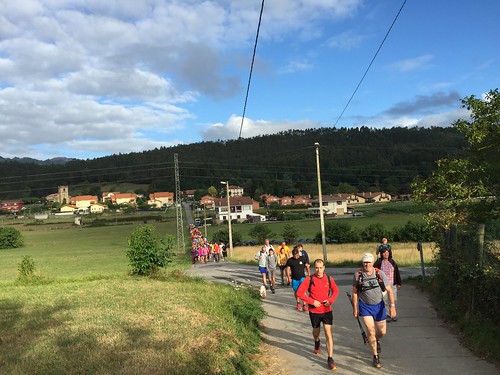 And we're off! There were a few 50-something men that sped off and left us all in the dust, but we held our own at around the middle of the pack. Our hike took us right by the cave we had visited with the kids.

Most of the hike was quite enjoyable, but there were definitely times around the middle and the end, where I was not having fun. My watch was tracking my heart rate, and there is a big drop-off of enjoyment between 140 and 170 bpm. There were many moments of absolute shock and awe when we were desperately hoping to start going back downhill, and we would spot the brightly colored shirts of the people ahead of us waaaaay the hell up on a ridge. But once we got up there, we could look down triumphantly at the hikers below us who had that climb ahead of them.

There was one man who I judged to be about 55, that went at exactly our pace for the whole walk. I got to know his shoes and backpack very well, as I was staring at them for hours. 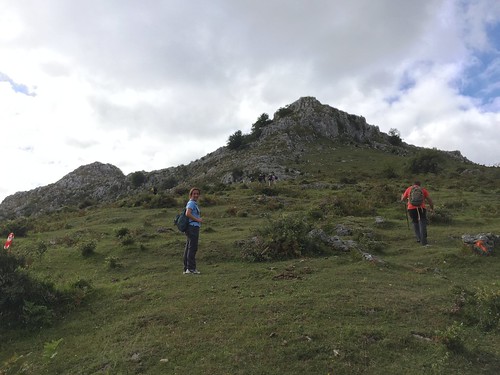 Surely we're not going up there!!?! Yep. 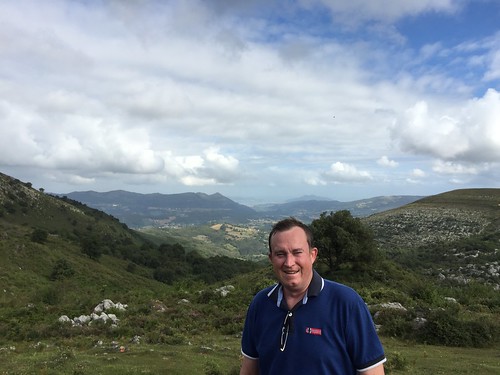 Our house is just above my head, in line with my right ear.

There was this one little forest at the very top of the mountain that was like a separate biome of mossy rocks. If gnomes existed, they'd live in a place like this. 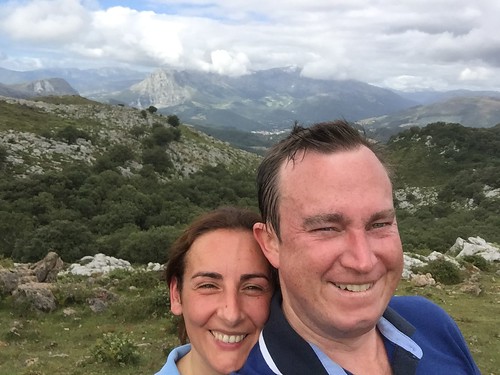 High in the sky.

More mossy forest. We got the sensation that the regular hikers weren't enjoying their surroundings much; they were just plodding forward, onward and upward, not appreciating the view or smelling the moss. 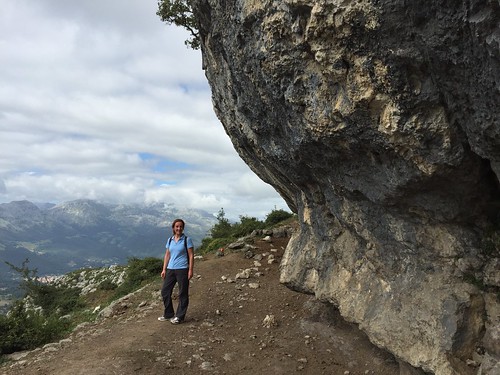 This cliff side was covered in horse hair and dung. The horses that live up here on the mountain definitely use it for refuge. 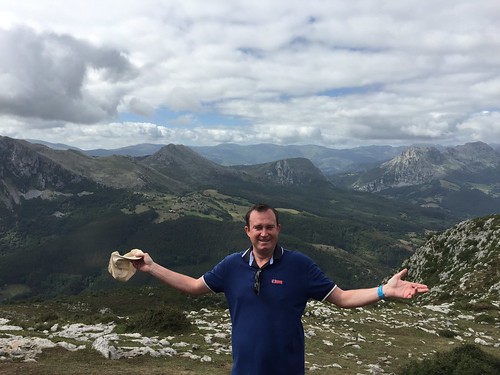 This is the view from the Balconada, or balcony, of Cerreo. 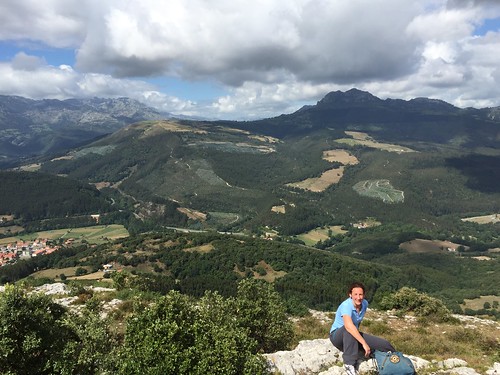 Resting on top of a mountain. 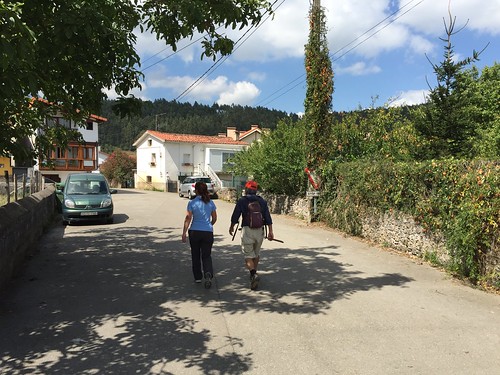 We finally arrived back in civilization, and, once we caught our breath, we began talking a bit to the man we had been near the whole time, the one who I had guessed was about 55. He told us he was eighty-three years old and goes to every one of the ten or so organized hikes like this every year, although his right leg is starting to hurt, so he doesn't know how much longer he will be doing it. We were left in awe.

After picking up our shirts and eating some bacon and sangria, we came back home to rest. I chose the couch, but my wife went to the beach for several hours. Cantabria has some great geographical offerings. 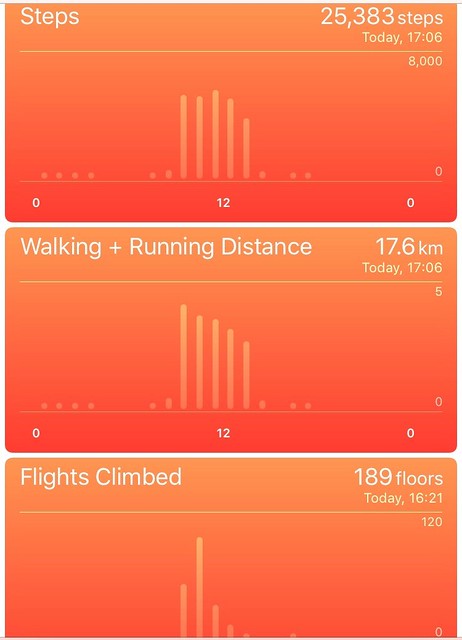