The following is a true story from my recent trip, written as soon as I boarded the plane.

At the gate in Charlotte, twenty minutes before boarding time, there was an African man slowly getting more and more agitated talking to the airline employee at the gate. He had come to the airport with his wife and kids, and the lady at the baggage check desk had told him that the flight wasn't too full, so he could just take his large second bag to the gate and either they'd let him gate check it for free or he could carry it on, despite being larger than the carry-on guidelines. He had even brought a smaller bag to the check in counter and had his wife and kids there so that, if his larger bag was too large, he could leave some things and take the smaller bag. The grinning prick at the gate told him that no, it would cost him money to check the bag at the gate, money that he said he could not afford. The gentleman was getting increasingly frustrated, and people were staring.

I went up to him and asked what was wrong, as if I hadn't been eavesdropping. He explained. The guy at the gate claimed that he called to the check-in desk (now I understand why on European flights, it's almost always the same person that checks your bag and gives you your boarding pass that is at the gate to scan your boarding pass) but the lady who had told him he could take his bag on the plane had gone home. Shift change.

I asked him how much they wanted to check the bag at the gate, fully ready to give the poor chap $25 or even $50 to solve his problem. He said they wanted TWO HUNDRED DOLLARS, more than he'd paid for his ticket. How ridiculous!! "Man, that sucks," was about all I could offer. Two other women came up to me, clearly willing to drop $25 on him, and were appalled when I told them how much they wanted. We really didn't want to reward Delta monetarily for the ineptitude of their employees, anyway.

I went up to ask the gate employee if the problem was the size of the bag, and if he could take two or three smaller bags. He said that yes, smaller bags would be fine. The African dude's face lit up. He had large plastic shopping bags in his large duffle bag! 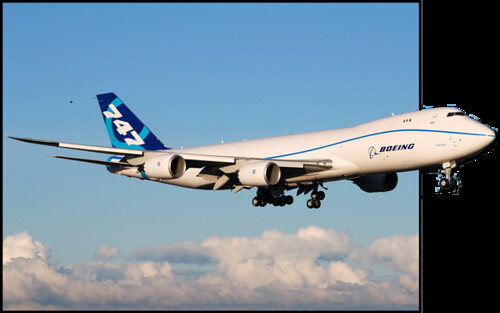 He immediately began emptying the contents of the bag into smaller bags. One of the ladies offered to carry one of the bags onboard, and I carried the large, now empty and collapsed duffle bag. The guy at the gate gave us a stern talking to as he was scanning the passengers' boarding passes. He said, "Look, I know you are just trying to be nice, but you are breaking the law. FAA regulations prohibit you from carrying a bag that someone else gave you into the plane." She and I handed him our boarding passes to scan, with a "Yeah, and what are you gonna do about it?!" expression of defiance. He scanned our passes and let us board.

Once seated in the half empty plane, he came back to my row, shook my hand and gave a sincere grateful thanks. During the flight, he came back again and gave me a pen and told me I was a good person.

No doubt the check-in clerk who is truly responsible for the situation will never even hear about it.