A Visit to Mimosa Hills Farm

During our visit to the United States for Thanksgiving, we took a little day outing to a local farm, called Mimosa Hills Farm. They give riding lessons and even have a special program to help people with mental disabilities from the local state institutions. We had a wonderful time. 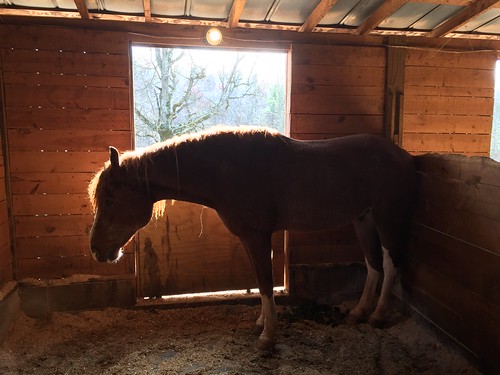 They had lots of different horses, including this one with some sort of mutation that made its hair curly and hypoallergenic. And I mean all of its hair, from mane to tail to eyelashes to its fur. It was very interesting to touch. 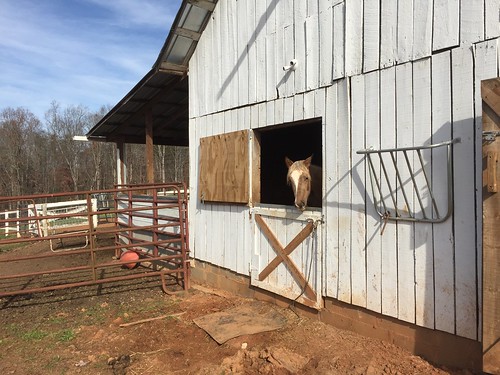 Nora was nowhere near brave enough to feed the goats. Little brother to the rescue!

The horse that the children rode was an old mare from England named Rosemary. She was about as gentle as a living horse can be. Perfect for giving rides to kids. 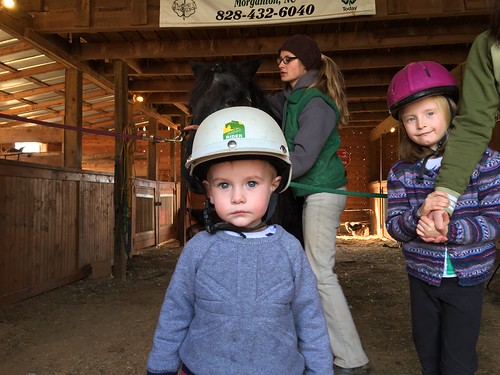 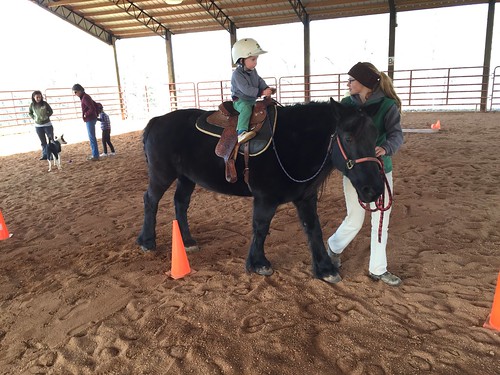 Ian rode around a little path in an inclosure, always accompanied by Crosby, who grew up at the farm. He had a BLAST! He did not want to get down when his turn was up. He would have contentedly ridden around in circles for hours and hours. 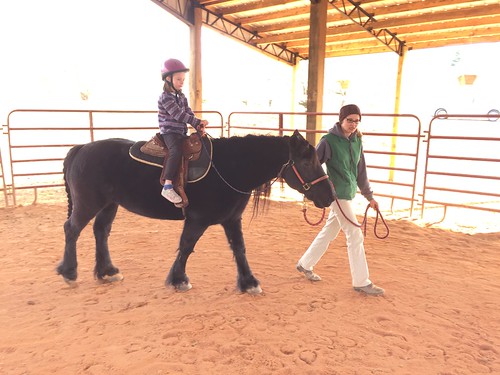 Nora, who actually reached the stirrups, was more timid, but admitted afterward to really enjoying it. 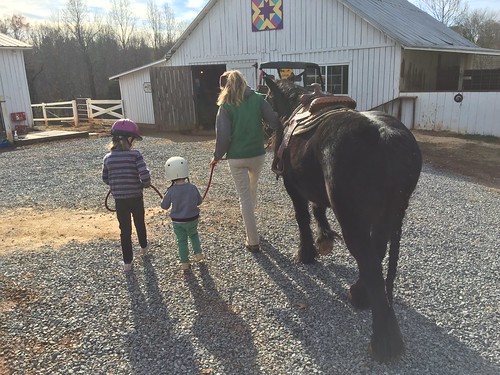 After riding, it was back to the barn for Rosemary... 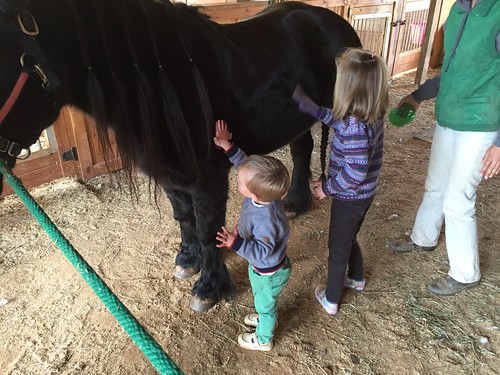 Thank you, Mimosa Hills Farm, for showing my kids an excellent time.