One of our favorite local hikes is the Pico de las Nieves, a mountain that we can see from our house that is only about as hard to climb as ten flights of stairs. On November 8th, we decided that it was time to take the kids there. It was a beautiful day with plenty of visibility, which made it a perfect choice. We packed a picnic lunch and hopped in the car and headed up.

Ian, unfortunately, has gotten quite sensitive to motion sickness, so we had to stop and get out of the car for 5 minutes about four times during what would normally be a 25 minute ride. Poor guy. 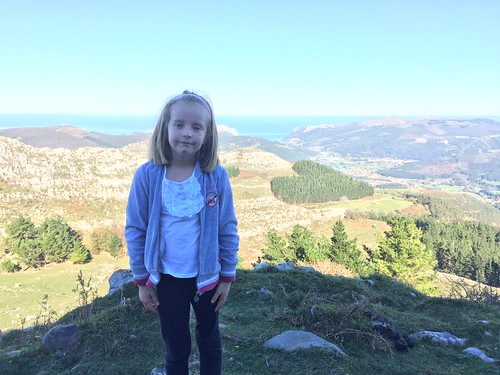 Nora got a big kick out of the Heart Shaped Forest, my first photo of which has been one of my most popular photos on Flickr over the years. 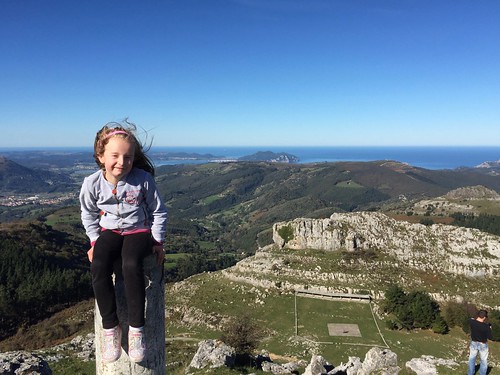 We finally made it to the top! That grove of trees down there to the right of the square was where we would later picnic. The mountain out there in the sea is this infamous beast. 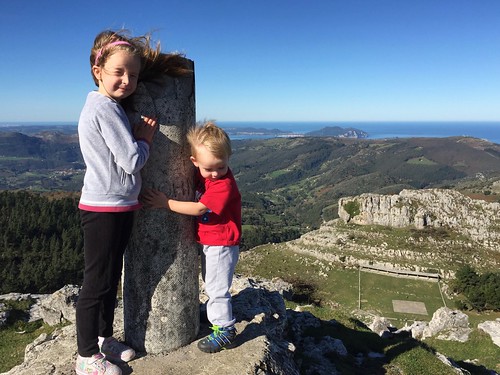 Hold on kids! It's pretty windy! (Ian was not happy about posing for this photo) 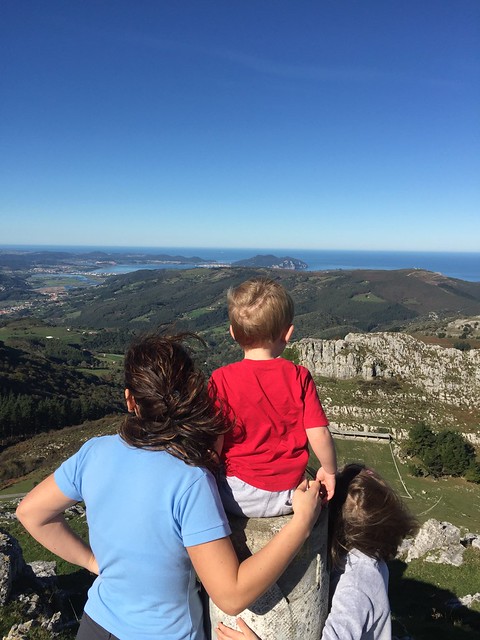 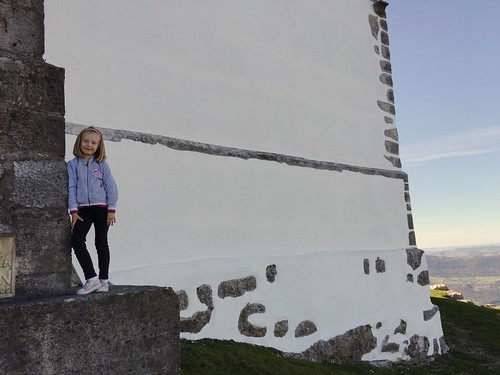 Nora enjoyed climbing around the steps of the hermitage that sits atop the mountain. 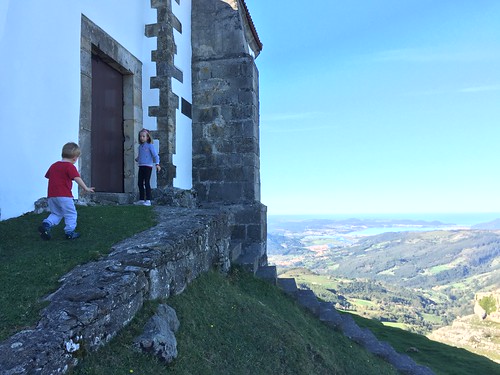 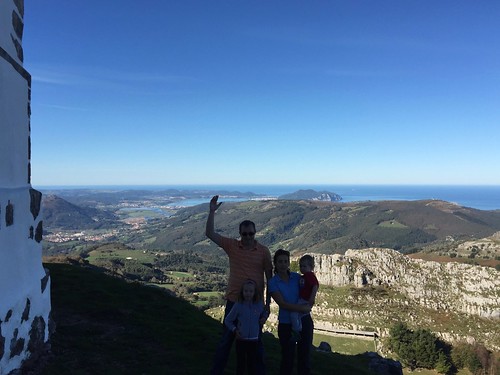 Family tripod portrait. (the best of about twenty attempts) 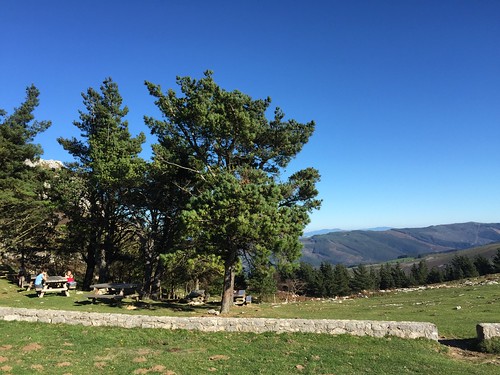 Ian was fascinated by all the rocks available for throwing. He actually launched one from the top of the mountain before we could stop him and I watched it roll at least 200 meters bounding down the steep grassy slope. 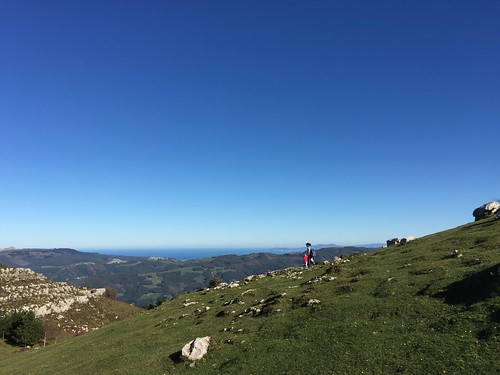 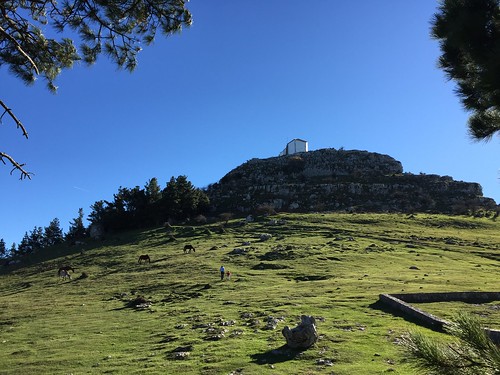 There were also some horses roaming freely around that held Ian's interest, but he had about as much luck getting close to them as he does with pigeons in the park. This is a great view of the cliff face and hermitage on top. 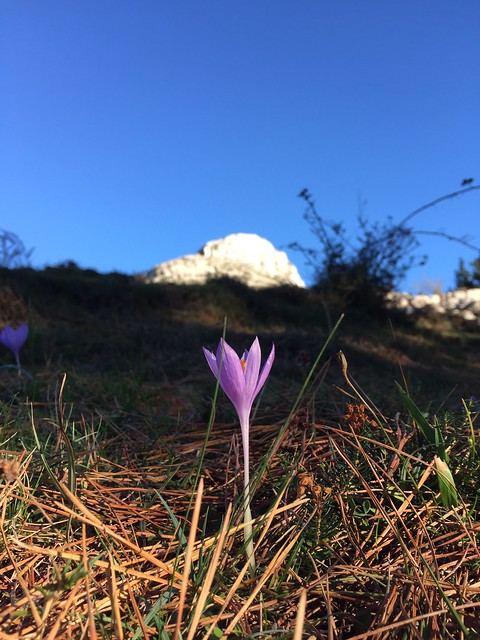 It was a great day. We love the Pico de las Nieves!