Tenerife – All year round destination 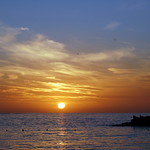 Tenerife is the largest island of the seven that form the Canary Islands, and it's one of the most important tourist destinations in Spain. While I have yet to visit, this Spanish volcanic isle off the western coast of Africa is high on my list of travel destinations. Sometimes, during the dark rainy winters up here in northern Spain, I long for a winter home in Spain's tropical archipelago. 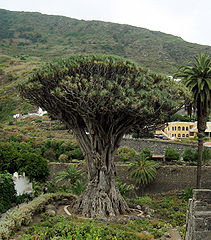 Mount Teide is the highest mountain in Spain, and is the third largest volcano in the world from its base. I'm familiar with it from my interest in astronomy, as it is home to the Teide Observatory and the Instituto de Astrofisica de Canarias. The Teide National Park has extensive pine forests with very unique vegetation, such as the Canary Dragon Tree, Dracaena draco (pictured on the left). Also of interest are the Acantilados de los Gigantes, the Cliffs of the Giants, which are vertical cliff walls, 500 meters high at some points, the plummet into the sea. They must be quite a site to visit in person.

The scenery in general is very desert-like, with drought-resistant flora. Let's just say that NASA has used Teide National Park as a testing ground for Mars rovers because of the similarities of the rocky, barren terrain.

The Cliffs of the Giants, click to make more giant. 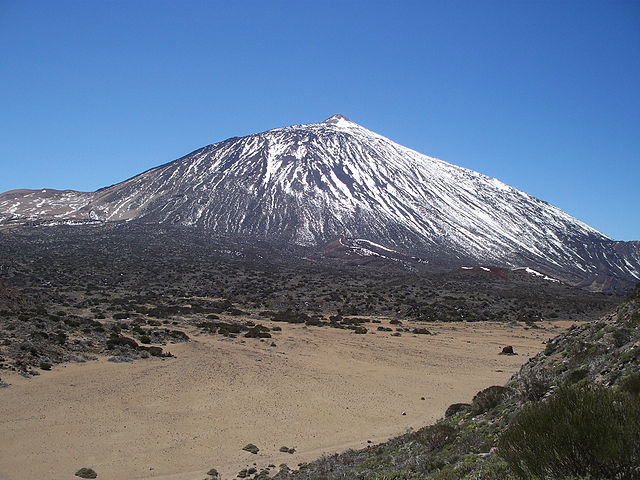 There are plenty of beaches on Tenerife that tend to consist of black volcanic pebbles and the north coast, and lighter, finer sand on the south and southwest of the island.

Tenerife is known to Spaniards as the Land of the Eternal Spring due to its year-round warm climate, with temperatures of 18-20°C in the "winter" and 24-26°C in the "summer", with low precipitation year round, especially dry from May to September. The island is at the same latitude as the Sahara desert. 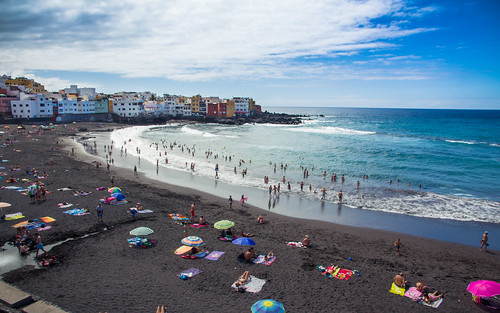 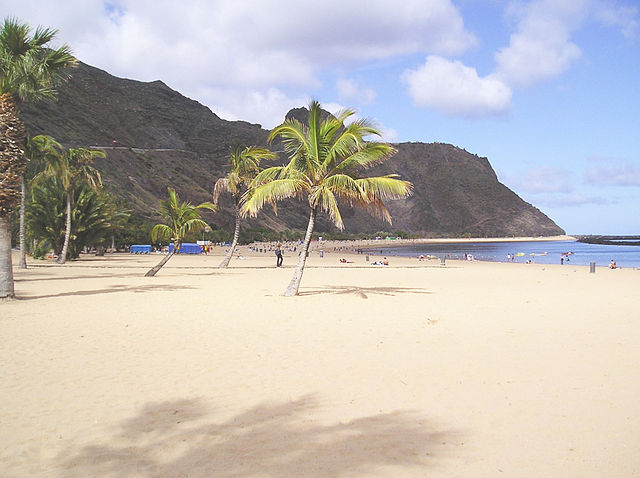 Speaking of St. Andrew, the Tenerife flag is the same as that of Scotland, only with a darker blue hue. Who knew?

Tourism is the primary industry of the Canary Islands, and it is especially important in the south of the island, which is hotter and drier and has many resorts which sprung up during a boom in the 1970's. To improve the standard of tourism service and to promote environmentally conscious development, the government has passed a law so that no more hotels may be built unless they are classified as 5-star quality.

With its stark natural beauty and year-round tropical climate, it's no wonder so many people choose Tenerife as a holiday destination. 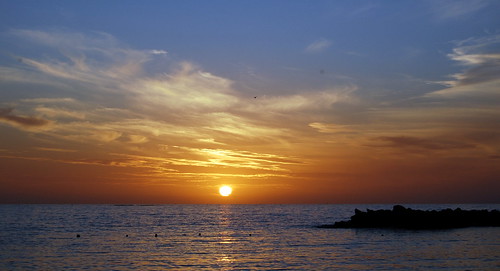