This year, July 4th fell on a Saturday, so it was easy to choose the date for our annual hamburger consumption fest. The regular crowd showed up and we ate hamburgers and a few other appetizers. The kids were away at their Spanish grandparents' house for the party this year, which made the preparation and party much more relaxed for us. Marga had to work on the morning of the 4th, and we thought she might even have to work through the party itself, but she ended up getting off in time to help with some of the last minute prep. It was a good party this year, too. For past year's posts: 2008, 2009, 2010, 2012, and 2013. We spent July 4th in the US in 2011. 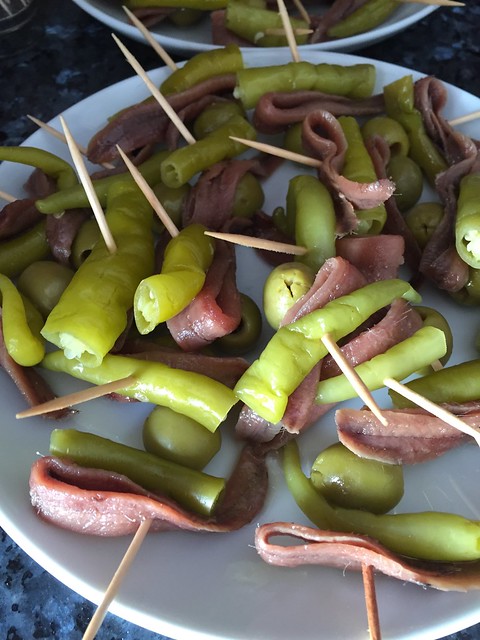 A Basque invention, gildas, are a mouthful of spicy and salty deliciousness. 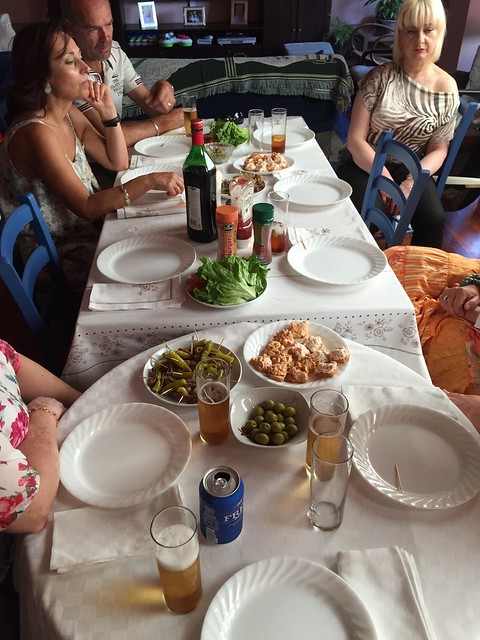 Everyone seated. We had one person drop out and I overcounted the places, so we had two extra places set. Oops. 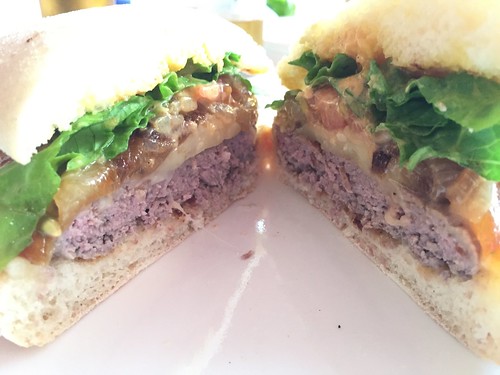 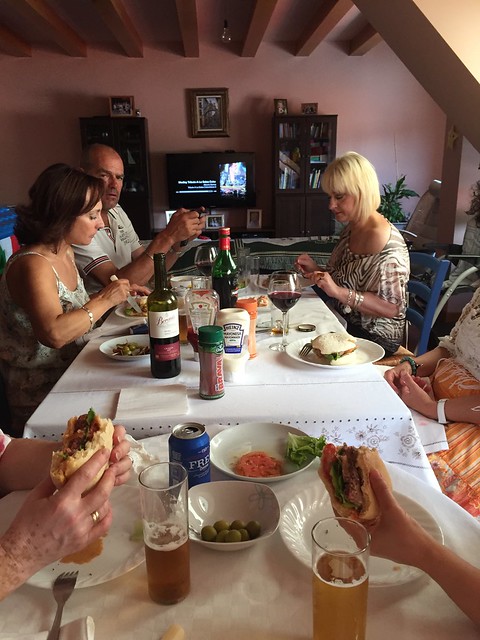 Everyone enjoyed theirs, while the Apple TV was streaming salsa music via Airplay via my iPhone. 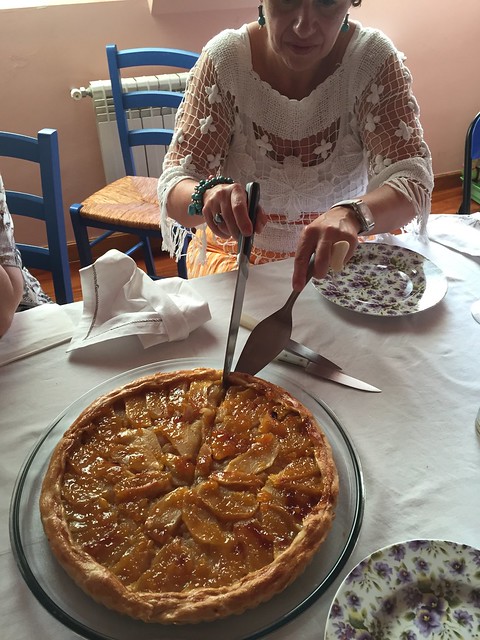 Normally I don't ask for or want help in preparing food, but Elena really wanted to prepare an apple pie, for all its American-ness. It was delicious.

All in all, it was another great party this year. 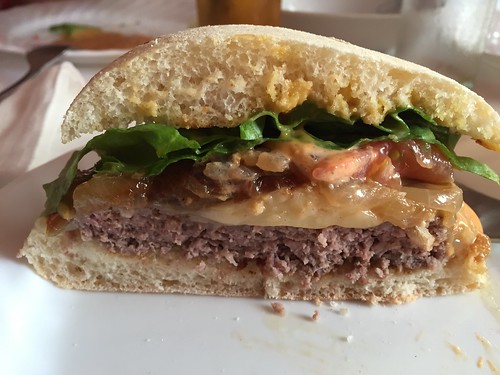