Sports is a socially acceptable outlet for xenophobia

Today I heard one of the best explanations for sports fandom that I've ever heard. The team sports as war tribalism metaphor has been obvious to me for a while. What I want to discuss today is not how it feels to be a player, but more about the sports fan culture that is built up around different teams. As someone who doesn't really participate in that – although I try every four years – it can be confusing seeing photos of my peers dressing their children in team colors and making really derogatory hateful comments about other teams and fans of other teams. But it has finally clicked for me as to why sports is so important. First let's define xenophobia.

xenophobia: n. the intense or irrational dislike or fear of people from other countries.

But really it boils down to the fear of "other", of "those people over there". We all have it baked into our genetic code, because our ancestors who were slightly more fearful of the tribe on the other side of the hill, who worried about defending themselves, or offensively attacking, ended up surviving to the age of having offspring and protecting those offspring better than those that did not. Xenophobia serves a purpose and has helped our species survive.

The problem is that, as we have seen, xenophobia, while helpful for survival on the Savannah, can lead to the worst human behaviors: slavery, rape, genocide, war. But, we all have it in us. It would be great if we could create some artificial, arbitrary outlet into which we could channel our "Go Us! We hate Them!" instincts, to let us release those feelings in a way that does not lead to the actual slaughtering of neighboring villages.

Sports is the solution.

We don't need much more than "We're the blue team, they're the red team," on which to pour all of our hatred of the other. It doesn't matter to us that, over the years, all the players change, the coaches change, the stadiums change, and even the name of the team can change; humans are capable of identifying themselves as "a Yankees fan" or "a Real Madrid fan" and sticking to that for their entire lives.

Not only is sports not destructive for the most part, but it's constructive, creating an enormous industry of merchandise and entertainment. You can feel good when your team wins without the other team being dead, and you can feel bad when your team loses without dying. It really is a remarkable adaptation. 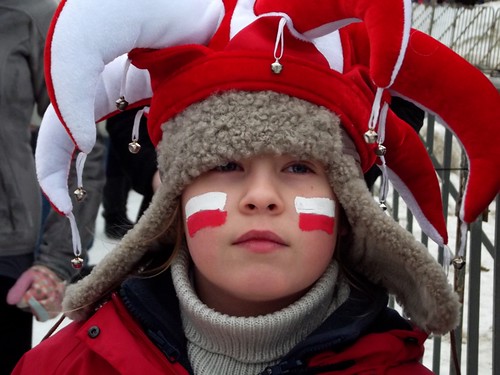 Most of the ideas here are my paraphrasing of those of John Siracusa on the Reconcilable Differences podcast, which I highly recommend.