After we finished our champagne pumpkin risotto on Sunday, the cloudy sky opened up and it was looking like we'd have a nice sunny afternoon, so we decided to return to the Cueva del Valle park, about a fifteen minute drive from home. Just like last time, we were struck by how good it feels to have the kids out running around in the nature and the dirt. Caves were explored, many, many pebbles got thrown, and some of us even petted a slug. Stick around to see some photos... 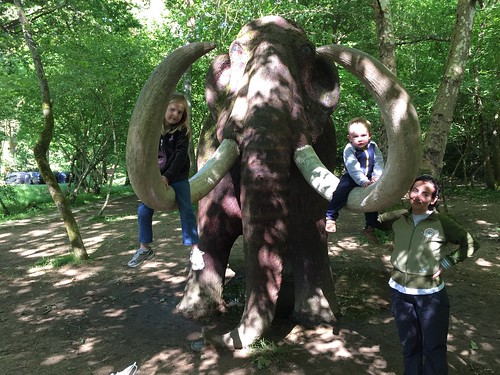 The wooly mammoth statue was a hit again. I can't decide if the through-the-trees lighting ruined or really made this photograph. 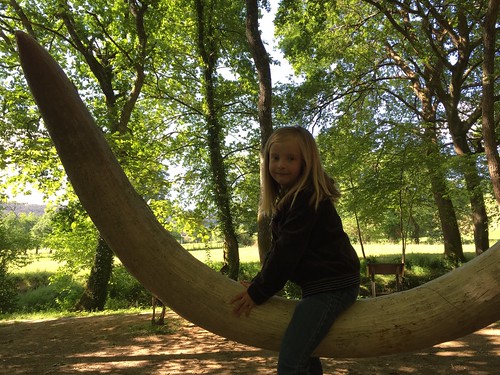 Sitting on a tusk. 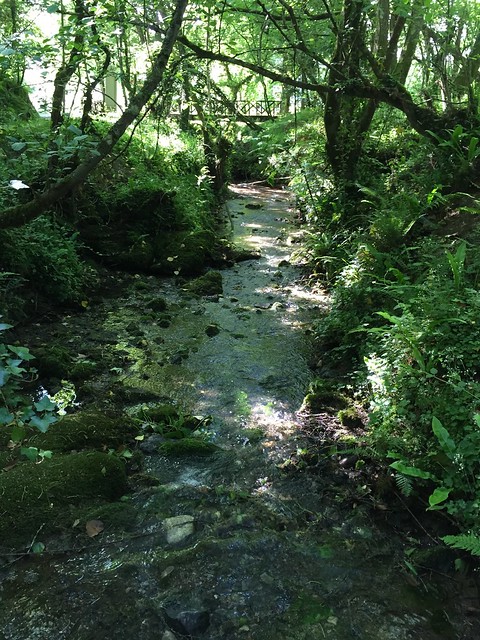 A creek, as seen from some stepping stones. The creek came in very handy to help wash our hands and my knife after I peeled and distributed slices of a pear and an apple. 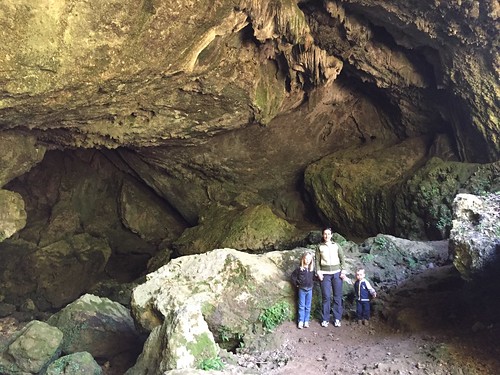 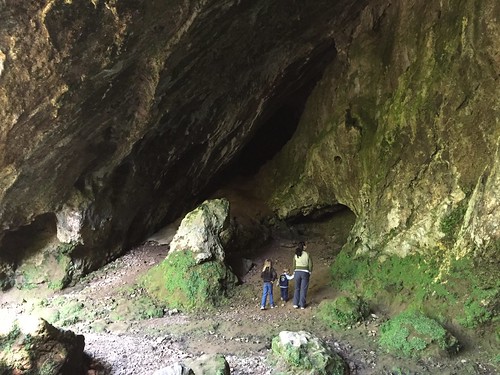 See that dark sliver in the middle there? This visit we were brave enough to venture in there. It's so nice that modern smart phones double as flashlights! 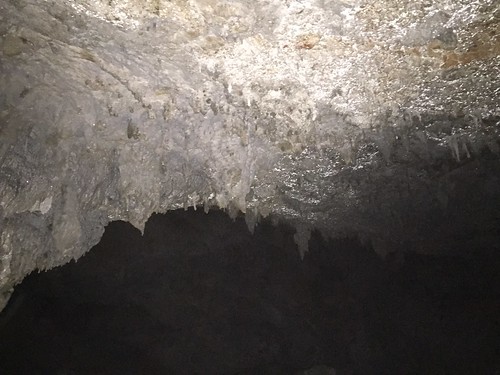 It was pretty drippy in there, and I taught Nora about stalactites and stalagmites. 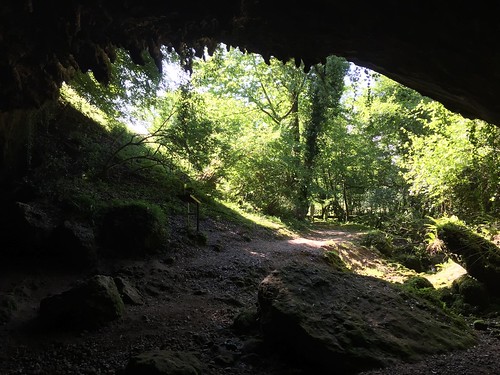 The view looking back out of the cave. 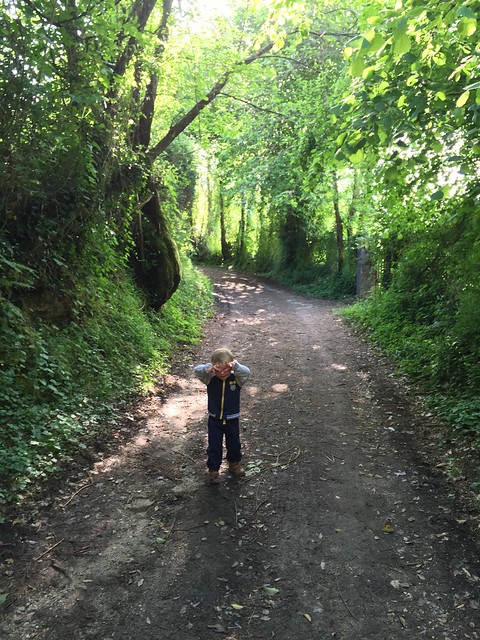 This is Ian opting out of being in a photo. 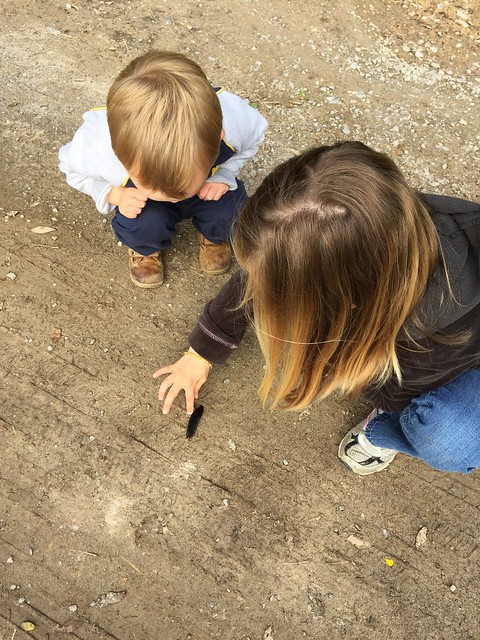 This poor slug got manhandled – not by me! I ain't touchin' that! – in the name of science education. 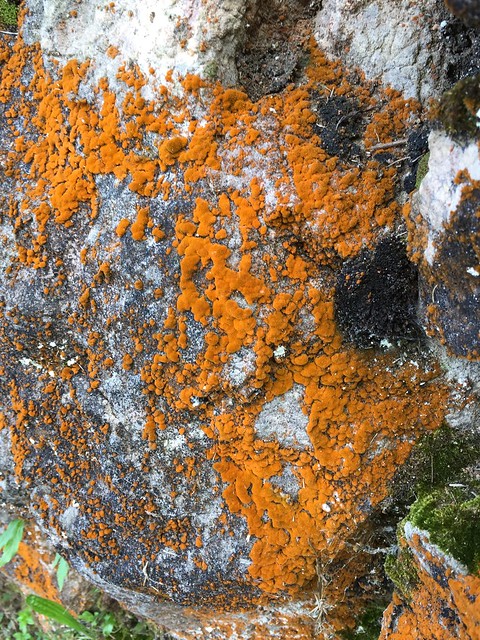 Some pretty lichen I saw.

Towards the end of the day, when it was time to turn back to the car, Nora and I went just a little further up a hill to explore. We found two old metallurgical furnaces and the ruins of two stone structures. 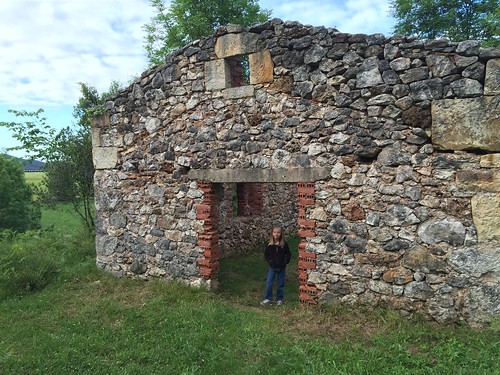 A second after I took this, Nora called me over and pointed to a foot-long snake she had discovered. To my surprise, she didn't seem at all concerned with her proximity to the serpent. 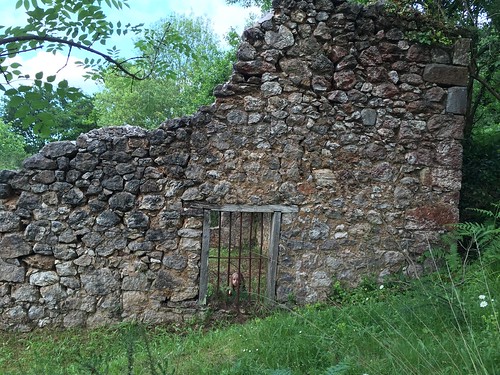 A little girl behind bars.

We hope to continue to go back to this place and explore some more. Thanks for sticking with us through the photos. Until next time...