Smoking in Bars in Spain

I first set foot in Spain in January 2001, and visited off and on before becoming a permanent resident in June 2005. [Wow, that's a decade!] Due to the structure of the human brain, my memories of that time can be easily triggered by smell. Since Spaniards primarily socialize in bars, many of those memories are linked with the pungent odor of tobacco smoke, which was thick in the atmosphere of all Spanish bars during those years. 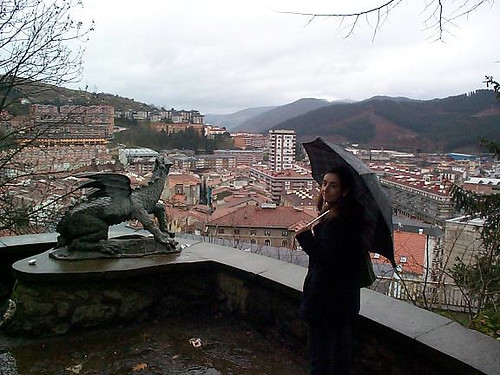 The girl that brought me to Spain.

A mere six months after my permanent arrival in Spain, the socialist government, following the lead of New York City and Ireland, enacted a law, which came into effect on January 1, 2006, restricting smoking in public spaces. It was not an outright ban, but rather a baby step towards a ban. 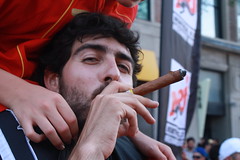 Bars and restaurants under 100m2 had to decide whether or not they were going to permit smoking, and they must clearly display their decision. As you might imagine, almost all the bars posted "We permit smoking!" signs. I honestly can't recall seeing a single one that chose to ban smoking.

Restaurants and bars over 100m2 had to create "separate areas" for smokers and non-smokers. The exact definition of what consisted of a barrier between areas was about as clear as the air in such establishments. My go-to simile for this topic is, "Having a 'no smoking' section in a restaurant is like having a 'no peeing' section of a swimming pool."

The main result of the 2006 law was that larger bar owners had to spend money defining "spaces".

Five years after the initial attempt to curb smoking in public enclosed spaces, the parliament finally went all the way. Starting on January 2, 2011 – probably to allow New Years Eve celebrations to continue smokily – it became illegal to smoke inside bars or restaurants. 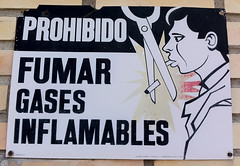 My non-smoking peers and I were extremely dubious that the law would be enforced or even work to prevent the practice, but we were amazed that, with a few exceptions, it functioned beautifully. Bar owners, especially those that had built barriers five years earlier, were pretty annoyed, and swore that it would hurt their business (it didn't). It seems like the most inconvenienced were the smoking waitstaff, who, while previously theoretically banned from smoking behind the bar, actually had to go stand outside and take proper smoke breaks to get their fix.

For non-smokers, it was like a sunrise on a beautiful day. It was so much nicer being in bars and dance clubs. Especially for the women, my wife informs me, who could go out at night and not have their hair reek of tobacco the next morning. As my father-in-law says, now the only place unwelcoming for non-smokers is just outside the door to the bar. Ha! It's true that sitting outside a bar, a favorite summer activity of mine, does feel awfully smokey sometimes, reminding me of pre-2011 Spain, but it's nowhere near as bad as it used to be.

I've only spotted them a half dozen times, but it's really weird to see someone smoking an e-cigarette in a bar. As I understand the current legislation, since early 2014, e-cigarettes are banned in schools and government offices, but not in bars and restaurants. I don't understand much about e-cigs, but apparently they even have disposables. And the Oxford English Dictionary did choose "vape" as a the word of the year last year, so they must be growing in popularity. The RAE has not yet accepted vapear as a verb.

Over the fifteen years I've known Spain, the laws and behaviors of its citizens have definitely been improving with regards to how and where nicotine is consumed. 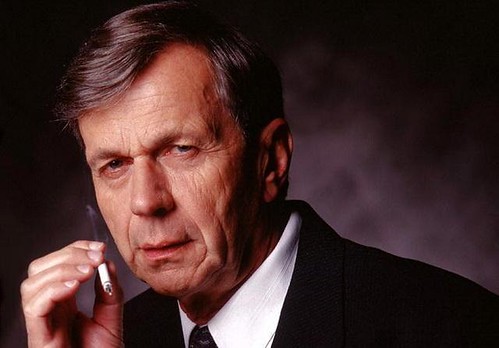