It has been fascinating to watch the results of the proliferation of smart phones in the last decade, both the imaginative apps that can be made and the cumulative effect of how having a computer, camera, internet communicator, and HD video camera in everyone's pocket has been shaping out society. Events like the Arab Spring or the demonstrations in Ferguson, Missouri have been enabled by internet connectivity, and also reported on, not necessarily by journalists, but by citizens on the ground, in real time. Many times, a new technology is obvious to everyone, but it really needs all pieces to fall into place and then someone to actually implement it properly for it to be birthed into the world. The two most prescient examples from my lifetime are Wifi and MP3 Players.

In 1995, when I was getting in trouble at my boarding school for running null modem (and later ARCNET) cables through bathroom vents or out windows to play multiplayer games with my hallmates, I was also studying physics and electronics. I never did learn much about radio transmission and reception, but it seemed blindingly obvious that one could easily convert the ones and zeros going through the copper wires into radio waves and then back again on the other side of a wall. I even contacted a smarter, older college friend who was studying electrical engineering to see if we could build such a device. Frequency hopping? That's way beyond me! Of course, smarter engineers than I had been working on this problem for twenty years by then, however the 802.11 protocol that could really be called the birth of Wifi was released in 1997.

Also, in 1997, I had megabytes upon megabytes of this new file format, called MP3, of songs on my computer, but if I wanted to listen to music on the go, I had to use a portable compact disc player. Again, it was blindingly obvious that all one really needed was a hard drive with a chip on it to decode the files, and you could carry thousands of songs in your pocket! Just like for Wifi, the related technologies weren't quite ready for that to be possible, but several years of R&D later, we had the release of consumer MP3 players, the Rio, the NOMAD, and eventually it was done right with the iPod.

2015 is proving to be another game changing year for a suite of technology that has finally come together to enable something that was obviously coming at some point. The bandwidth pricing has dropped enough, and mobile bandwidth has gotten fast enough, only recently with 4G LTE, to enable one smart phone user to stream live video up to a server, and for that server to serve the stream back to many viewers. The two main contenders that have generated a lot of Silicon Valley buzz in early 2015 are Meerkat and Periscope. It's amusing that both names use the same metaphor of something popping up and looking around for a bit before disappearing again. 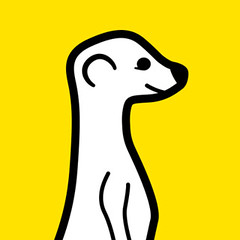 Meerkat debuted in March 2015 at the South by Southwest festival and was quickly picked up and used by nerd celebrities. Some journalists did some live streams from Apple's March Apple Watch event. The idea behind Meerkat is very clever, as, except for the video streaming aspect, it uses Twitter for all its difficult infrastructure needs: namely authentication, liking and commenting. The most important thing you need to know about using Meerkat is this: Every comment left on a stream in the app goes out as a live tweet. Think about how clever that is for a second; the benefits are twofold. If you leave a comment, you are inadvertently telling all of your followers that there is a live stream going on right now, because your comment is appended with a link to the stream, which will either open in the Meerkat app for your followers, or will direct them to install the app. Secondly, it will vastly reduce abusive comments. As is always the case with internet abuse, there are ways around it, as there's nothing stopping anyone from making an asshole Twitter account which they can use to be mean to people, but making it difficult is an important step.

It's amusing that both names use the same metaphor of something popping up and looking around for a bit before disappearing again.

The other important thing to know about Meerkat is that, as of the time of this writing, the streams are transient: when the stream is over, you can't re-watch it. There are pros and cons to that, but the success of Snapchat definitely shows that there is an appetite for transient media sharing.

Of course everyone that saw Meerkat saw that Twitter was such a perfect fit for this sort of live streaming technology that it would eventually be a native function of Twitter. Well, it turns out that, the same day that Meerkat launched, Twitter announced that it has purchased a video streaming startup called Periscope, and a fortnight later it both launched the Periscope app, and reduced some social graph access that Meerkat had been using. 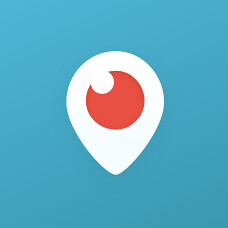 Pretty much every review I've seen agrees with my opinion that Periscope is an inferior app to Meerkat. Even the icon is dumber. Unlike Meerkat, your chat in the app stays in the app, and is not broadcast to all of your Twitter followers. Unlike Meerkat, it doesn't show you the profile pictures of the people viewing your stream when you are broadcasting, you only get a viewer count. Periscope has this stupid little "hearts" interface, where every time a viewer taps their screen, a little colored heart is rendered in a little smokey stream of fading hearts. None of the tech pundits I've read or heard can really figure out what purpose that serves. The other main difference is that your Periscope stream is recorded, if you choose to allow it, and, I believe, made available for 24 hours. As someone who lives several timezones away from people I follow on Twitter, this feature is kind of nice.

If they were publicly traded companies, I'd be shorting Meerkat stock right now, because I've seen enough awesome apps built using social network APIs attempt to survive against the social network's own implementation to know that Goliath always wins these battles. It's a real shame, because I like Meerkat's UI and execution better.

As I write this, these apps are barely a month old, so it is still very early days. Most of the streams you can watch if you install these apps are from people sitting at their desks pointing the camera at their keyboards, just trying the app out. In fact, both apps make it so easy to start a stream that you need to be careful when using them, as I suspect many streams are started accidentally by newbies. Mashable has been pretty good at testing out what could be done with this tech, having daily shows where two young tech nerds discuss tech news of the day. It's a little disturbing how many of the streams have been done while people are driving. I'm a little surprised that it hasn't yet devolved into Chatroulette sexual exhibitionism, although it can't be far off. There are also competitors, such as Stre.am. No doubt there will be others; it really is an alignment of technology that has allowed these apps to emerge.

I think I can summarize the real game changing impact these apps will have in two words: Citizen Journalism. In the future, when there is police brutality, or a terrorist attack, or a school shooting, there will be live feeds broadcast instantly from inside where it is happening. Mark my words; that's going to be really powerful.