Today is Nora's sixth birthday. She claims it's the best birthday of her entire life. The past few days, she's been asking if we have all her presents bought. A few of them did get purchased the day before, I will admit. Yesterday, she begged me to at least tell her "What are the dibujos on the gifts?" At first I thought she meant dibujos as "drawings", like on the wrapping paper, but eventually I figured out that she meant what "cartoons" the gifts were branded with. Ah, the preoccupations of a near-six-year-old... Just to razz her, I told her that most of them with Spiderman™, which she hates with burning prejudice simply because the boys in her class like it, and therefore it must be terrible. Last night, Nora and her parents posed for one last selfie as a five-year-old. 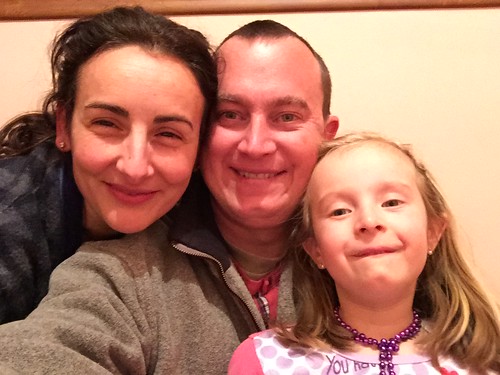 After everyone went to bed, I began decorating our living room. I had purchased a "Felicidades" banner, a Frozen™ flag banner, a Sofia the First™ flag banner, and a couple dozen balloons. Many exhales later, the room looked pretty darn festive. 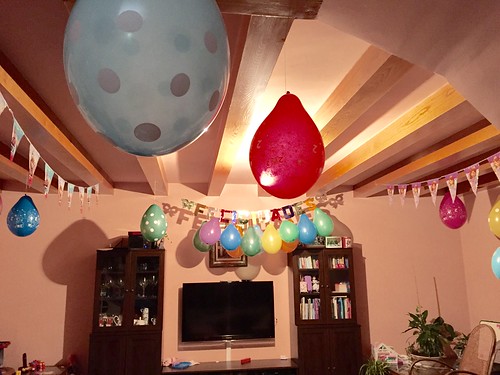 There are many more balloons out of frame.

This morning, Nora was very surprised to see the living room decorated, and she opened almost all her presents before having breakfast. She got Frozen™ pajamas and t-shirt, a cute little skirt outfit for summer, some books, some candy, a stuffed elephant, and a Sofia the First™ pencil case. But her most favorite present of all was pretty much the only thing she had asked for: a electric toothbrush.

Last week, I went down (literally, as it's below our house) to the local hardware/electronics store to buy her a toothbrush, but they only had sets of two in the display case. I inquired if they sold singles, and the clerk said he'd have to go look in storage, but just as he was leaving, I saw a single that not only was cheaper than the regular ones, but also happened to be plastered with Disney Princesses. Jackpot. 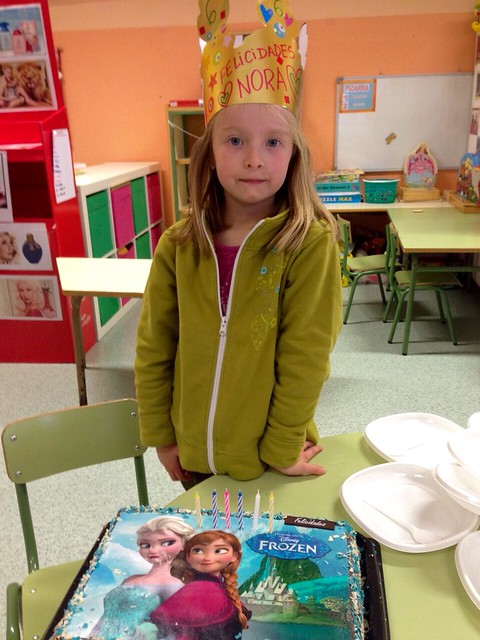 She took a Frozen™ (noticing a theme here?) cake to school today to share with the other students, as is the custom. 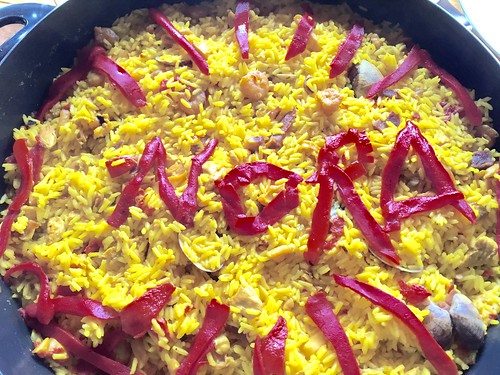 You may be at least half Spanish if your birthday meal... 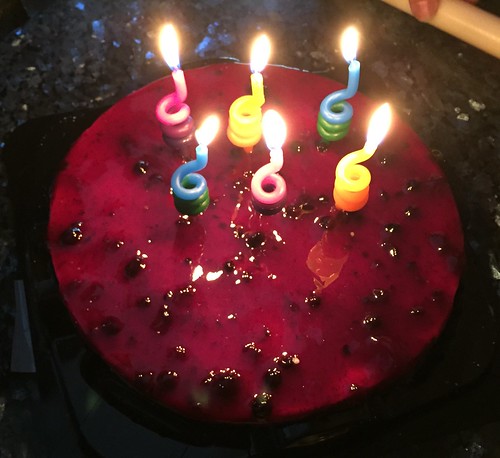 The cake we had for home was a blueberry cheesecake.

We asked if she wanted to have a big birthday party, like some of her classmates have had, and she, to no one's surprise, chose to have a more intimate gathering with a couple of close friends.

Needless to say, Ian has been enjoying all the balloons and festivities. The video of Nora blowing out the candles ends with some excellent mischief only a little brother can provide...