This past weekend, we spent Saturday afternoon in Santander, specifically on the peninsula that makes up the Parque de la Magdalena, which I consider the item at the very top of the "must see" list for Santander tourism. It was the first sunny day in a long time, and everybody was out there enjoying it. If you like high cliff-side views of the sea – and who doesn't? – then you'll love the Parque de la Magdalena; it is simply breathtaking. The first thing you see when you walk along the path is a penguin, seal and sea lion exhibit. Normally the penguins are just lying about being lazy, like we all would if we were locked in a small area with food brought to us every day, but on Saturday, there was one that was feeling frisky, and was poking its head through the fence to get a closer look at the human tourists. 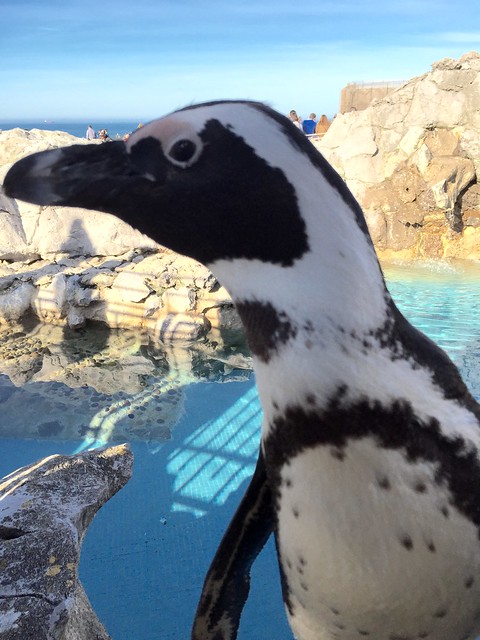 The little bugger darn near got my iPhone! 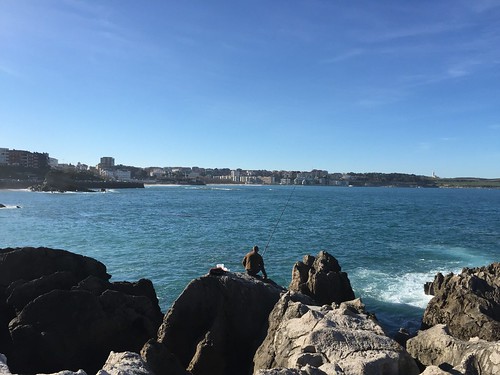 This guy climbed over the barriers keeping people away from the rocks with his fishing pole and sat down to spend some time fishing. 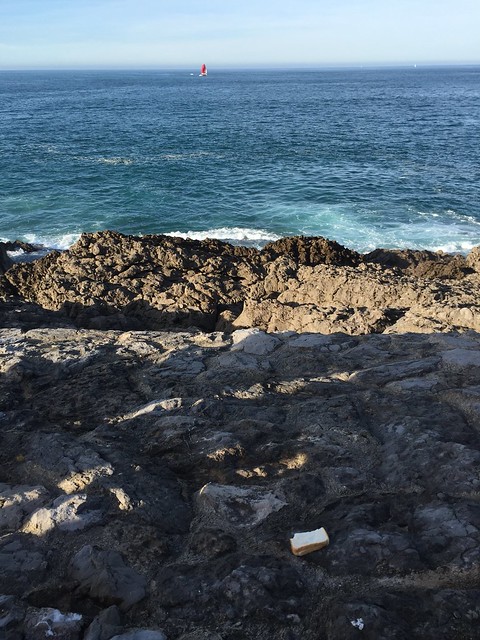 While we were watching the waves break – they weren't nearly as impressive as past visits – we made the kids sandwiches for an afternoon snack. Ian took one bite of his and chucked it "over the cliff". 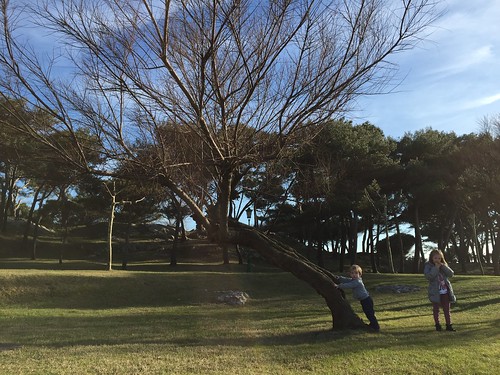 We then headed into the park to play on the trees. Ian nearly pushed this one over!

I found this sign amusing. No dogs, nudity, trumpets or boomboxes. 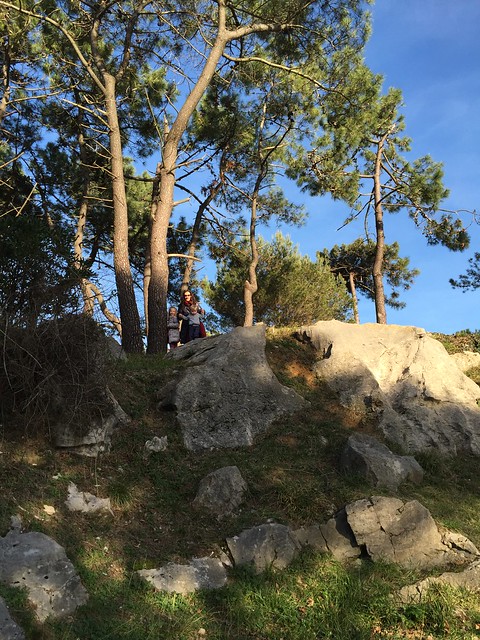 I got stuck pushing the stroller, which never contained a child the entire day, around, so I didn't get to scale the rocks. 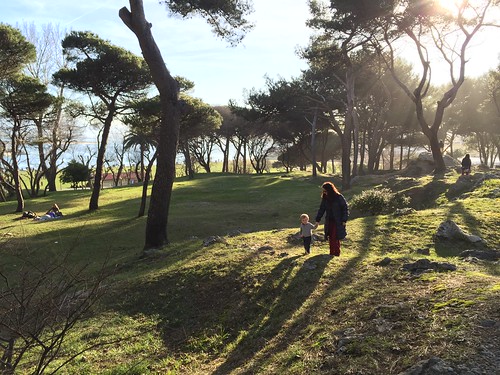 The combination of the sun, surf, and trees made for some gorgeous views. 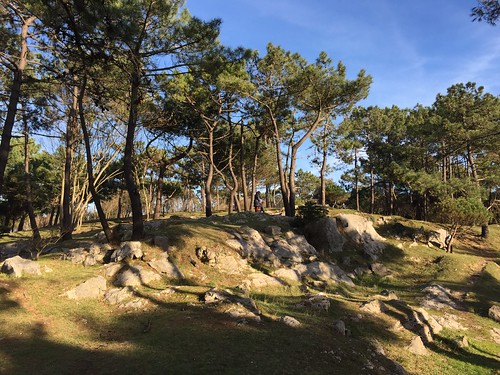 I mean, how lovely is this? 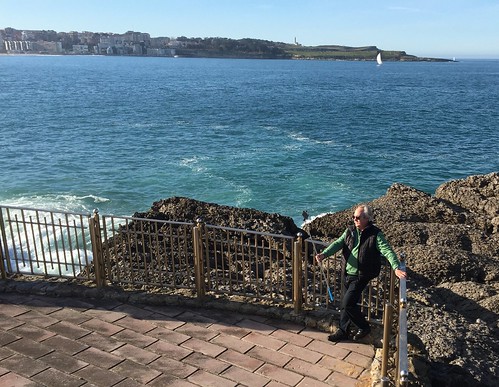 I saw a couple of old men using "selfie sticks", the first time I've actually seen such a device used in the wild. They will no doubt become commonplace, but it is still a bit strange. 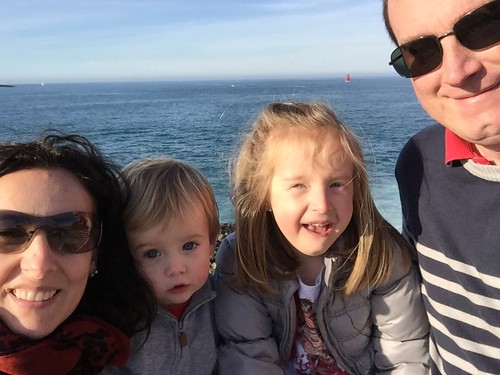 We took a family selfie the old fashion way, just barely all fitting into the frame, thus justifying the invention of the selfie stick. 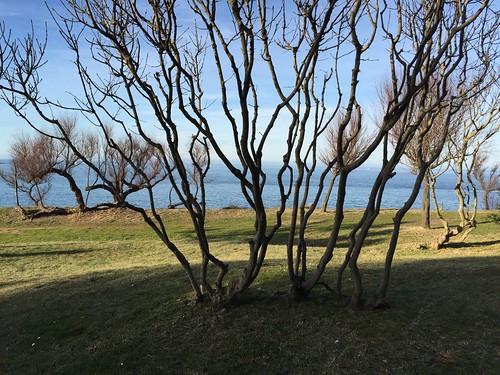 The flora on the peninsula was very interesting. 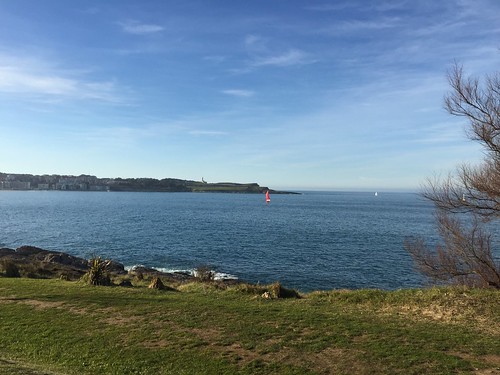 There were several times when I wished I had a telephoto lens. The red sailboat kept grabbing my eye. 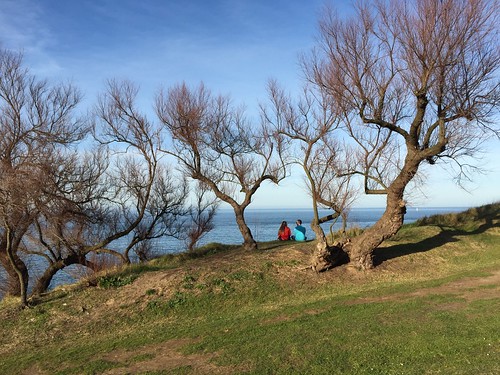 There were many couples enjoying a romantic afternoon. 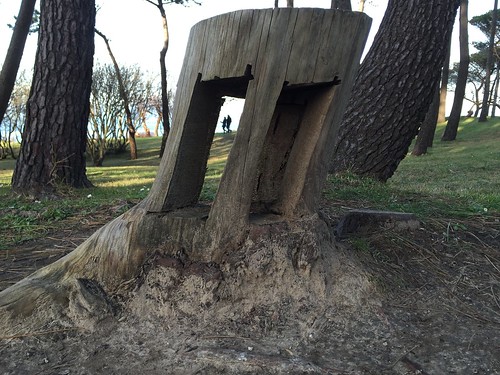 Someone got creative with this stump. 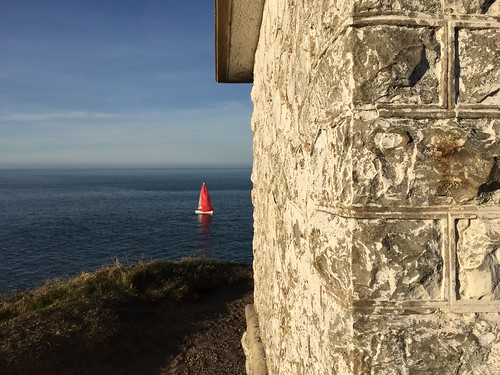 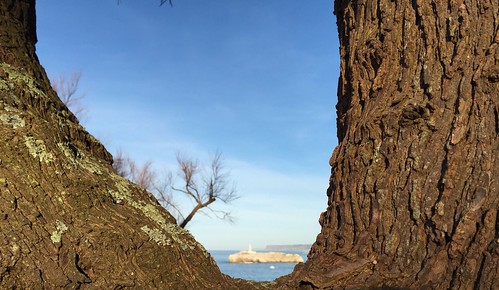 Mouro Island, a landmark of Santander, framed in the crotch of a tree. 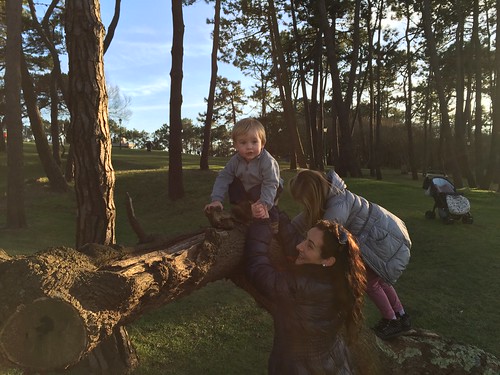 Monkeys in the trees. 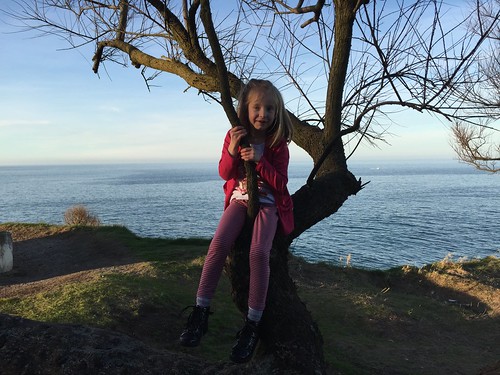 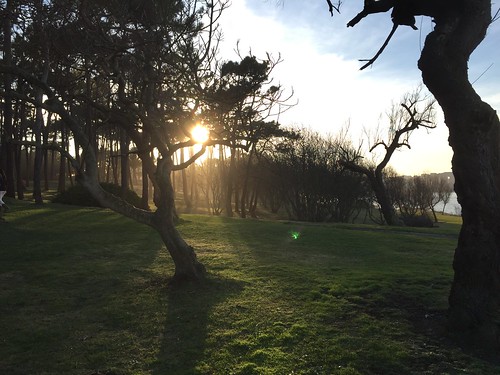 When the sun went down, we pulled the monkeys out of the trees and headed home.

What a gorgeous way to spend an afternoon! 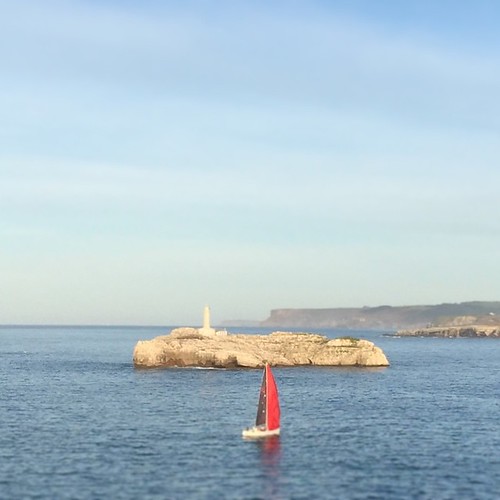