Yesterday, our family got a little bigger. It has been a dream of my wife's for many years to own a hamster. I like to watch the look on people's faces when I tell them that my wife is a veterinarian, watch them say "Awww!", and then say, "No, a slaughterhouse vet; she doesn't make animals better." In fact, she's never really been fond of pets, cats or dogs. But she's always been a softy for rats and small rodents. Yesterday we finally bit the bullet and bought a hamster. The hamster, a pretty spiffy cage, well over a fortnight of food, bedding and litter was a total of 55€, with 45€ of that being the cage. If we had acted sooner, we could've gotten the hamster for free, because my friend and local grocer, Andrés, owns his parents and oversaw his conception and birth, on January 28, 2015. We asked Nora what name she would like to call the hamster, and she said, "Oh, I know! What if we all called it by a different name?" Five year olds have some really terrible ideas. My wife came up with Watson, which is a pretty great name for a pet, but she was too late, as I had already casually suggested my name to Nora and it had gathered political momentum.

My idea was formed in the same way that I name projects at work, by word association. Hamster makes me think of ham, and ham makes me think of jamón (cured Spanish ham), and the best jamón comes from Extremadura from pigs that eat bellotas, the acorns of the hollyoak tree. Bellotas are considerably bigger than the acorns of the oaks I grew up around, but they are still pretty small, not unlike baby hamsters. The name stuck.

Only minutes after arriving home with the little guy, we took him out to play with him. It took about 10 seconds for him to be the rodent I have most held in my lifetime. He's awfully fun to have crawling around on your hands and arms. Nora was a little hesitant, but she held him finally. Ian was both the most calm and the more freaked out by it. He once jerked his arm out from under Bellota, causing him to fall a foot to the floor. Since we've only had him for a day, we haven't yet lost him under the furniture, but I suspect we will eventually. How we get him back out will be a puzzle I look forward to solving.

Last night, I thought the dishwasher was making a strange noise, but when I went to check on it, it wasn't running anymore. The strange rhythmic squeaking was coming from the living room, as Bellota was running around on his wheel. We might need to lubricate that wheel. He seems to be very nocturnal, as he has slept through most of the day today. 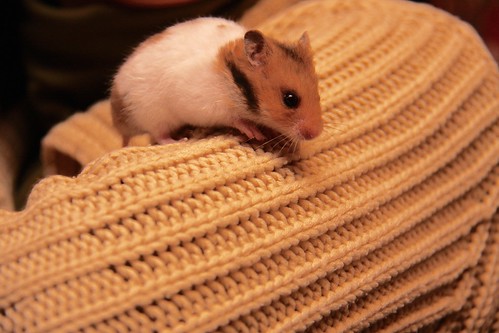 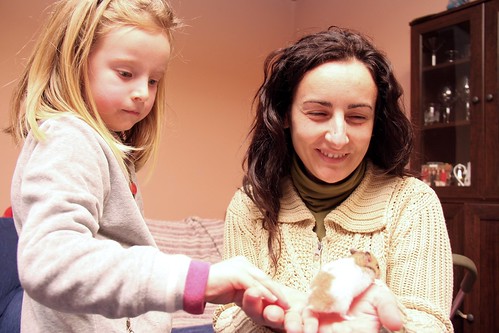 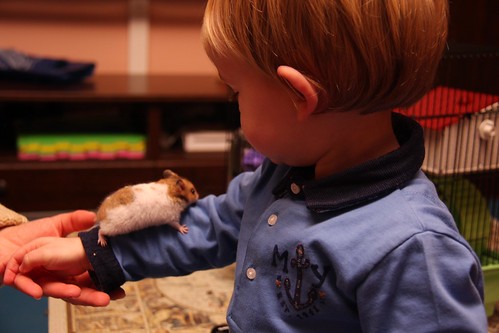 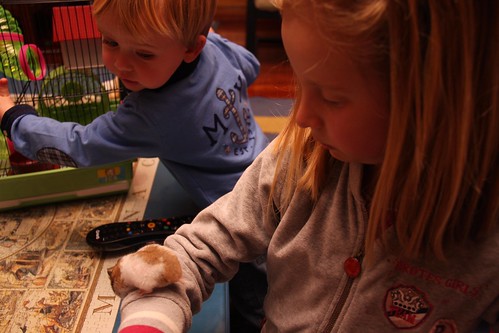 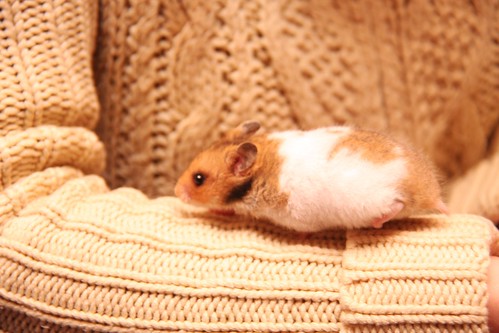 For now, he's a welcome addition to the family.