Carnaval 2015 - Pirates and Parrots and Mice

Every year my children's daycare surprises me with a clever costume duo for the grown-ups and the children, e.g. Angels and Demons, Cops and Robbers, Snow White and Dwarves. This year, it was pirates for the grown-ups, and parrots for the children. Not the cleverest they've done, but not bad, and way cleverer than the other schools in town, some of whom were Ninja Turtles, [Despicable Me] Minions, dinosaurs, or Smurfs (Smurves?), with the parents and children dressing up as the same thing...yawn! As usual, I was designated the official daycare photographer, although this year I was not given a special costume as I have been in the past as Prince Charming or the Police Commissioner. As usual, we arrived early to daycare and put on our costumes, made from colored plastic bags. The children's costumes this year were especially well made, with individual feathers painstakingly cut into the plastic. We lucked out with the weather this year, with sun right up until we were done with the parade. Each preschool class from each school in town files out to the center of town and then we walk around town, this year twice, before coming together in a town square briefly and then returning to our individual schools.

What follows is a small fraction of the photos I took. All of them can be found here. I was tasked with taking photos of each and every child and their family. 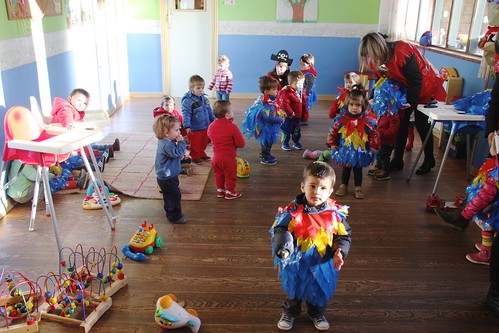 Preparations in daycare. Between all the snot wiping, it's amazing that they got all the kids in their costumes. 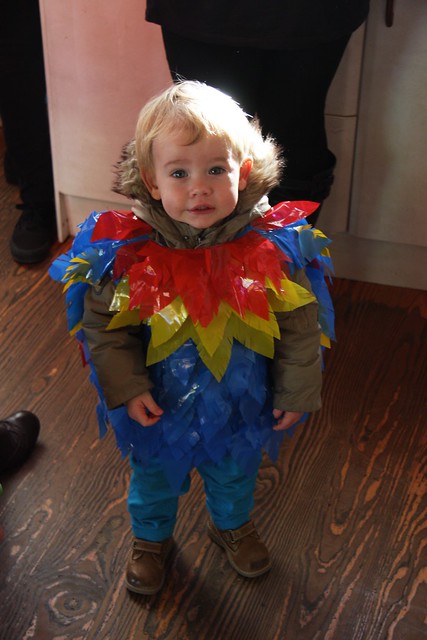 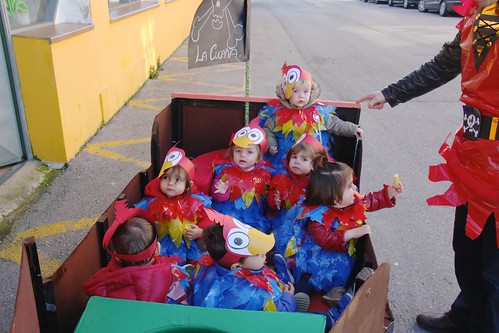 The captain of the ship at the stern. 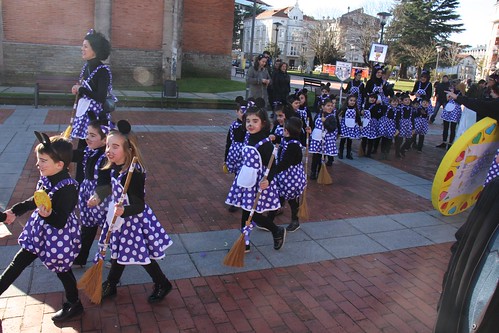 Nora and her little rodent companions. 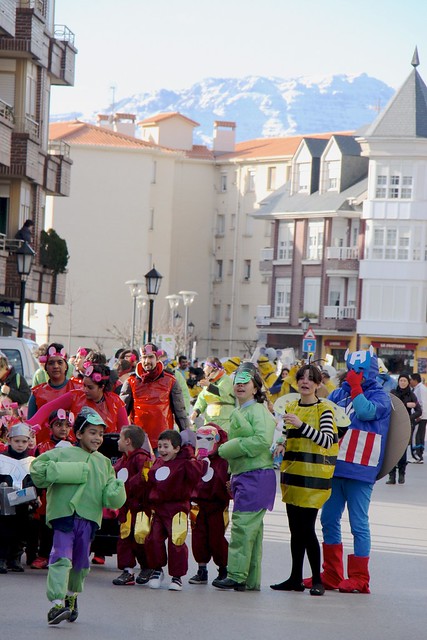 Some pigs, Iron Men, Ninja Turtles, a bee, and Captain America with snowy peaks in the distance. 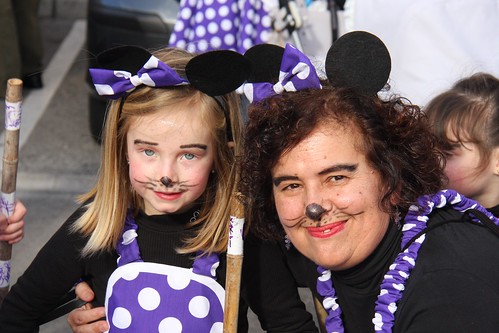 Nora and her teacher, Viky. 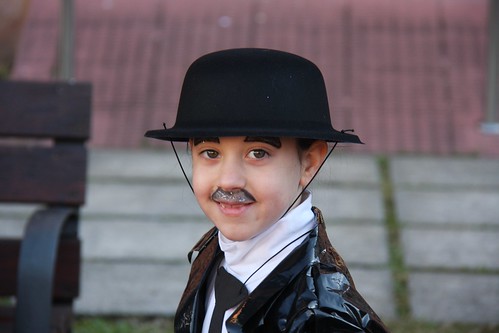 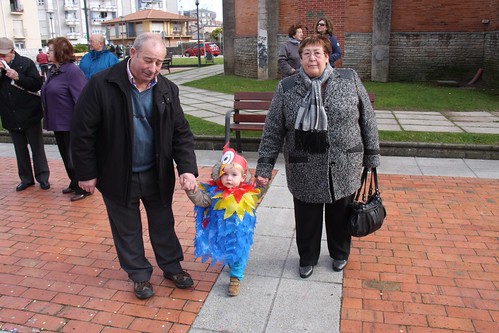 Ian with his Spanish grandparents. 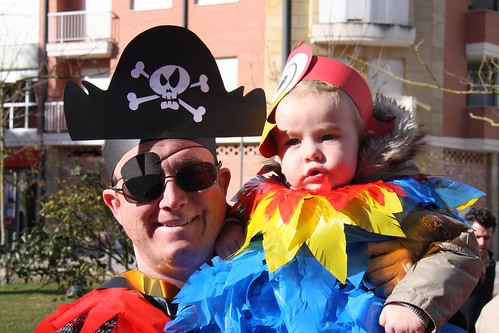 Pirate with a parrot on his shoulder. 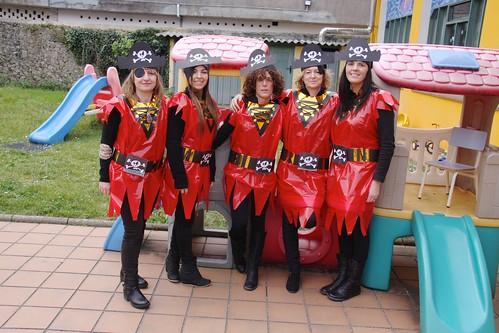 The obligatory shot of the daycare workers. They are each so great with my children. 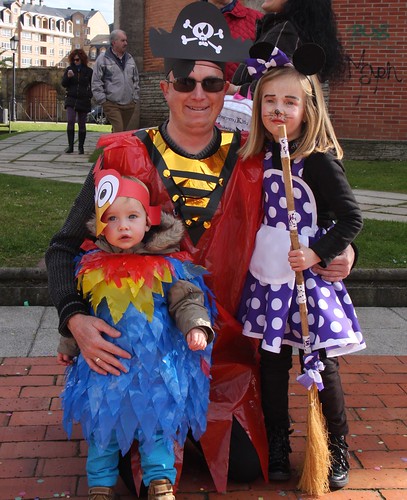