Last January, when we were packing up our plastic Christmas tree, something went wrong. I vaguely recall that all three feet of the tree didn't get stored with the rest of the tree. Ever since, at least one of the feet has been bouncing around our house, getting played with by a child and found by an adult. So when I went to get the Christmas tree and set it up for Xmas 2014, I discovered that none of the feet were in the box. We only have the one that has been in the living room all year long. Little Cindy Lou Hoo is not amused. After an extensive, but ultimately unfruitful search, today I went out to scout possible replacement trees; this one has lasted us almost a decade. Thusly, I was thrust into the world of Spanish Christmas kitsch. In Spain, they have this really long tradition of Christmas being about the birth of baby Jesus (imagine that, Americans!) and are just now, little by little over the course of the decade I've been here, assimilating the whole Santa Claus – they call him Papá Noel – narrative. Traditionally in Spain, it's the Magi Kings that magically bring presents to children on January 6, but that jolly old bearded sleigh driver is awkwardly making his move. The whole thing is very confusing, even without adding in the Basque element as my family does every year.

The Christmas paraphernalia is similarly confusing. Nativity scenes are huge in Spain. They are the traditional scene that any westerner would recognize, despite having little basis in the Bible. But rather than just stopping at the manger, it's common in Spain to build an entire village, sometimes with moving parts, running water, and even polar bears (thanks, Santa myth!). The closest thing we have in the States is those really intricate model train diaramas. 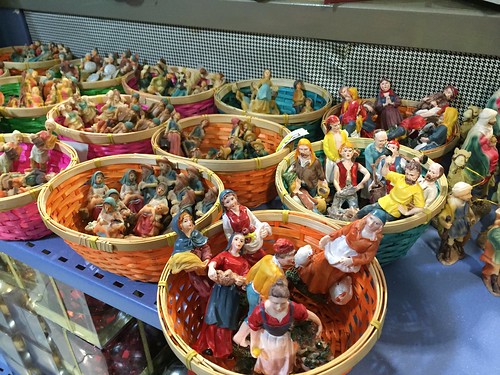 Baskets of peasant-folk. These things make me think of The Indian in the Cupboard. It's hard not imagine them coming to live at night. 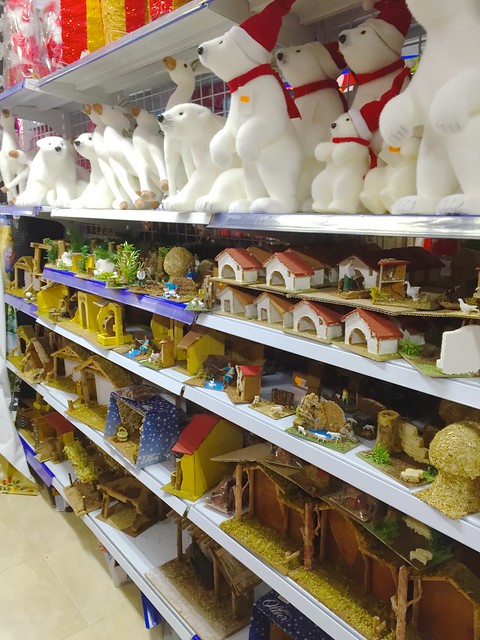 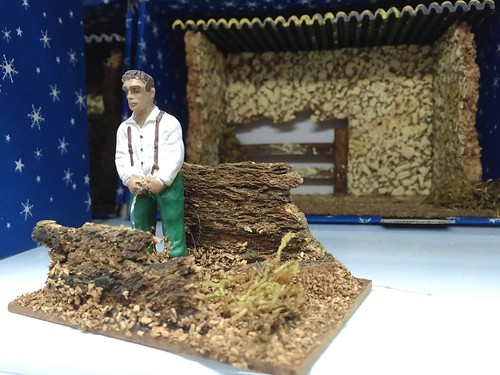 It's common to include a fellow relieving himself, typically off the side of a bridge. It could be worse... I could live in Catalonia, where they can't have a nativity scene without someone taking a shit. 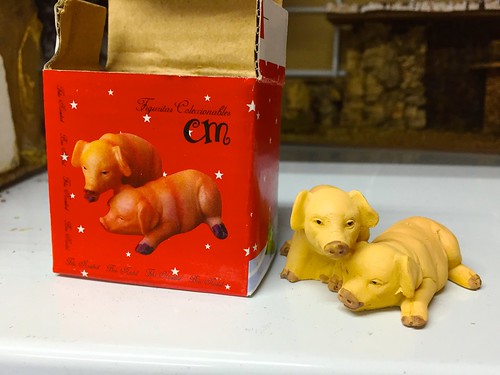 I often wonder what the Chinese factory workers that produce this stuff must think. 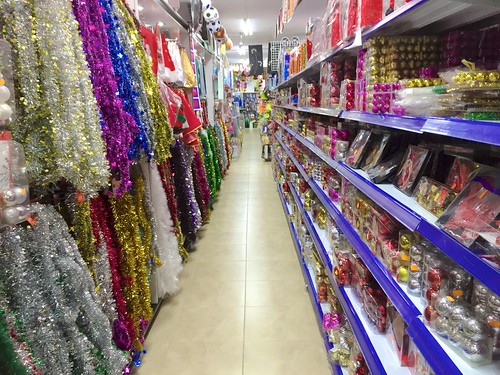 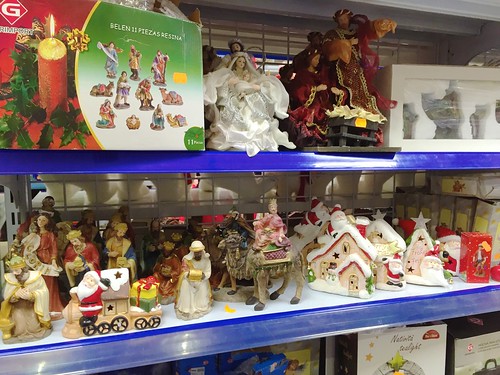 Some Magi, some Santas, some snowy houses... 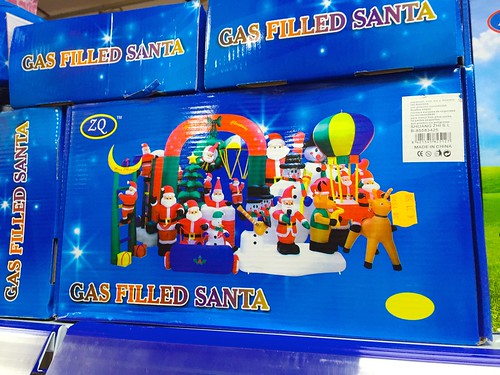 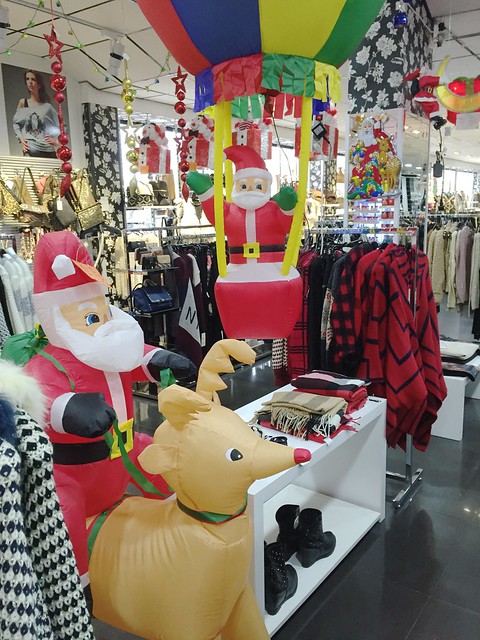 Two gas filled Santas. One riding Rudolph and one in a hot air balloon.

I leave you with this gigantic (one meter diameter) inflatable snow globe...

UPDATE: ¡Praise Niño Jesús! It's a Christmas miracle! We've found the other two legs of the tree, in totally disparate corners of the house. You'll have to do better than that, Mr. Grinch!