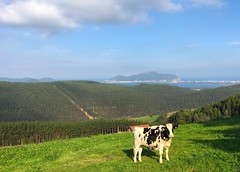 One Sunday in early November, at around 2am (so colloquially still "Saturday night"), I mentioned, over the loud thump-thump of the salsa music, to our friend Agustín that my family and I would like to come up to his mountain garden with him some time to see his newborn donkey...perhaps tomorrow? He gave me the reasonable response of, "Dude, you've gotta give me more notice," which I accepted humbly. But then, the following morning, I get a text message from him saying that he is up on the mountain and if we'd like to head out there, we're welcome. It takes us just shy of an hour (possibly a record!) to muster the troops, and soon we're in the car. I was assuming that my wife remembered how to get there (we've been there once), as she is the donkey of the marriage – in terms of memory for past trodden paths! – but it turned out that we were both in the dark. We called up Agustín, and he told us how to get there. The only problem being that when you are giving directions to somewhere that you go to extremely often, you tend to gloss over important details. For example, he said that we had to turn right before we get to Podunksville, so when we got to the sign saying "Now entering Podunksville", we turned around, even though what he meant was that we had to turn right in more or less the very center of Podunksville. But since he actually knows the place, he doesn't consider the town passed until you get to the town hall or something. Anyway...

So it took us an hour to get to his garden which is about 18 minutes away. Ever since, whenever we're in the car, the ever-helpful five-year-old Nora comments, "I think we're lost."

I've pinned the location on the map on my iPhone, so we can get back there lickety split next time we so desire.

Ian was pretty wary of the beasts at first, but then when he warmed up to them, he complained about leaving them behind. 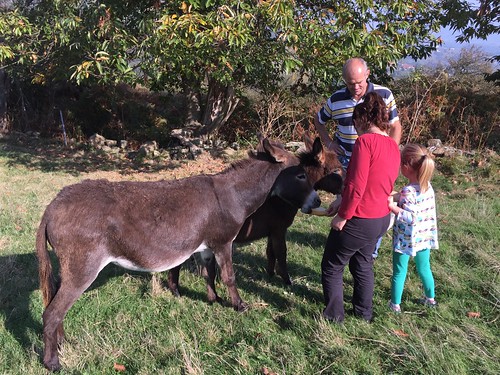 As I understand it, there were three donkeys, the mother and her adolescent and baby of only a few months. 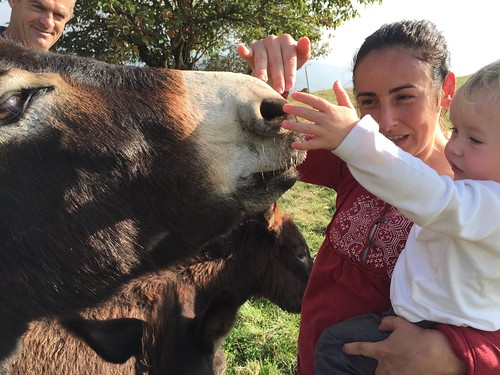 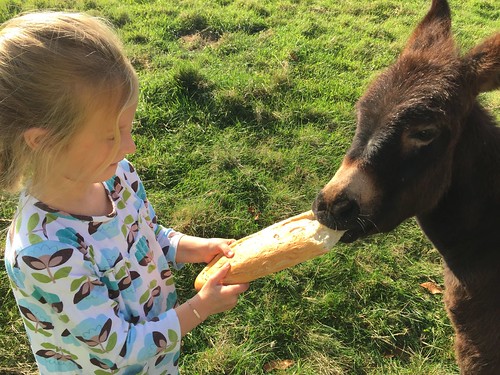 Nora feeding the baby. She was fine as long as there was plenty of bread between her and the donkey teeth. 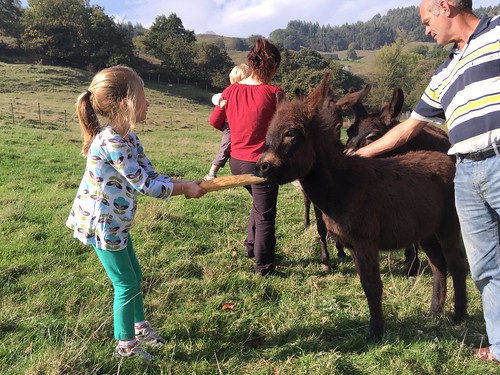 Breaking off a piece of the day-old bread, that we got from the local grocer, required some tug-of-war. 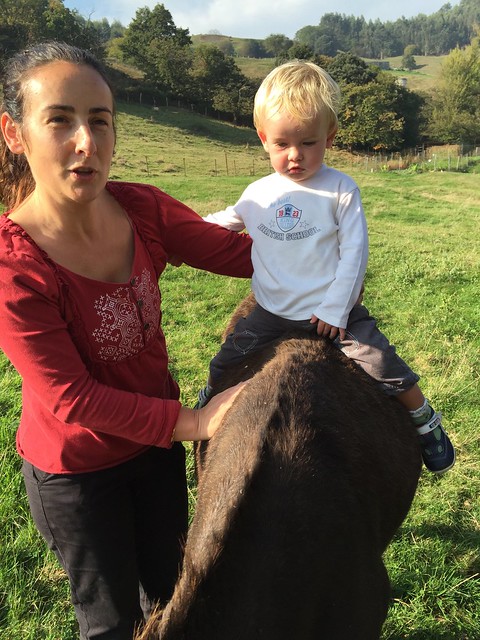 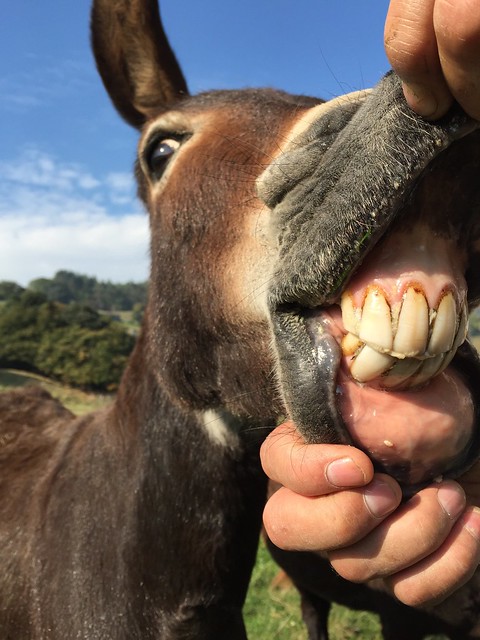 Somebody needs a cleaning!

Soon Ian was brave enough to feed them himself. He's not even two years old, remember! 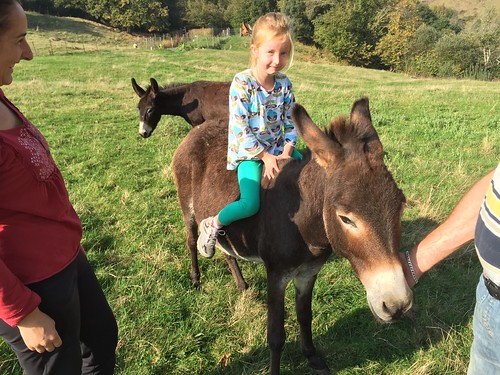 After we left the burros, we headed to Agustín's parents' house, just a couple hundred meters away. There we saw some chickens – I'd never pet one! – and other animals. We also went to a walnut tree to collect walnuts. 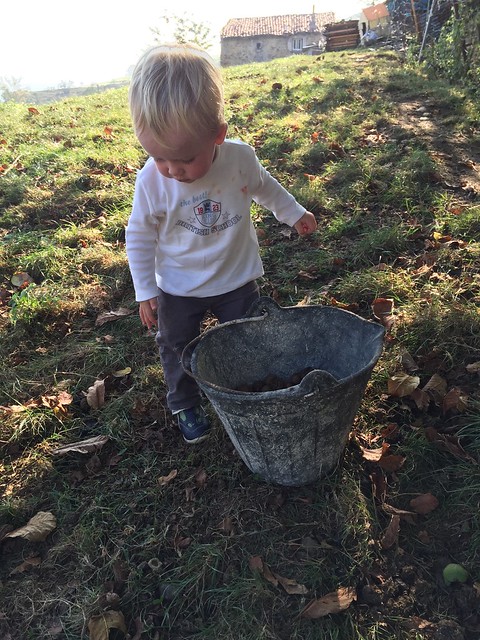 There were so many on the ground, nestled among camouflaged walnut-sized ungulate feces, that we collected several kilograms in just a few minutes. Ian liked the game... 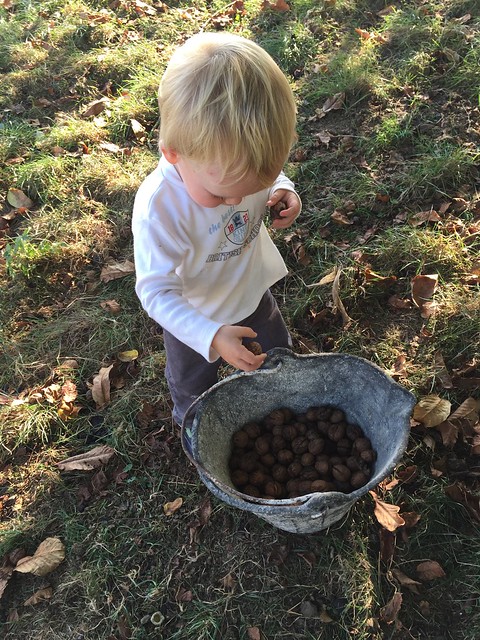 ...until he tipped over the bucket, but that made collecting them even easier!

On the way home, we drove past this cow that I glimpsed out of the corner of my eye, and I slammed on the brakes, pulled over, got out of the car and had to snap this photograph. Gorgeous! If I ever change the header photo of this website, this photo is a top contender.

Thank you, Augustín, for showing us yet another corner of Cantabria.