This year the pumpkins we got for carving at home were the smallest they've ever been since I began this tradition six years ago. However, on the plus side, the walls of the pumpkin were very thin and easy to carve. It was a bit like playing an electric guitar for the first time after learning on an acoustic.

Like last year, we invited Nora's friends, Carmen and Claudia. Last year, Nora's and Claudia's siblings, Ian and Mara, had to take a break during the party to breastfeed. This year, they were racing around like the little toddlers they are. They know each other from daycare. It was fun to see Ian interacting with a kid his own age. Although Marga is a month or two younger, she's got several kilos and centimeters on him. This year, I decided to cede the pumpkin carving to my disciples, Marga and Bea (Claudia and Mara's mother). Exactly what I expected happened: their designs were both more creative and better executed than mine ever have been. Teacher pride. 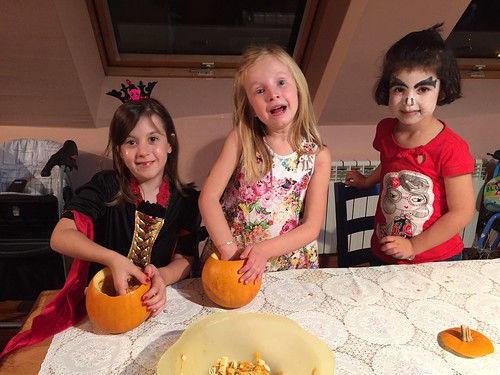 Carmen, Nora and Claudia are all very similar in personality and get along swimmingly. 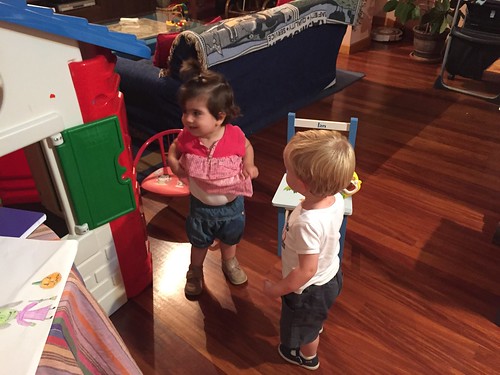 It's too early to judge how similar Ian and Mara are, but they do enjoy stealing toys from one another. 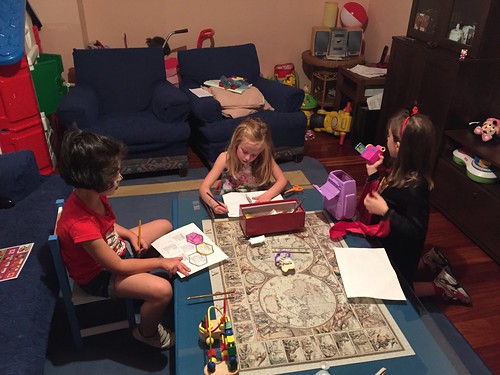 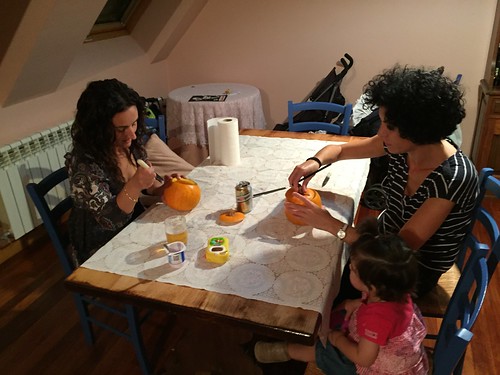 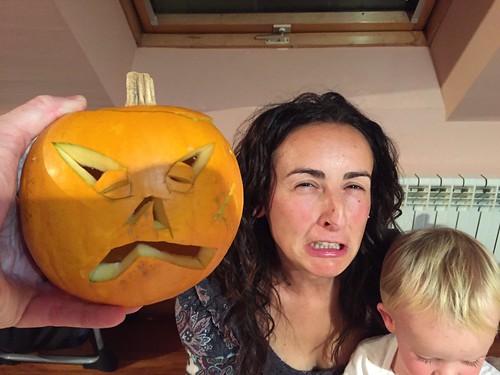 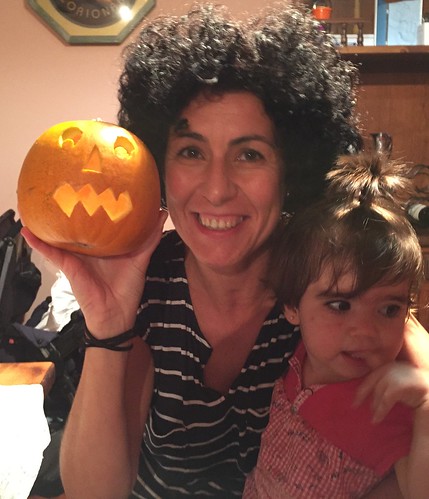 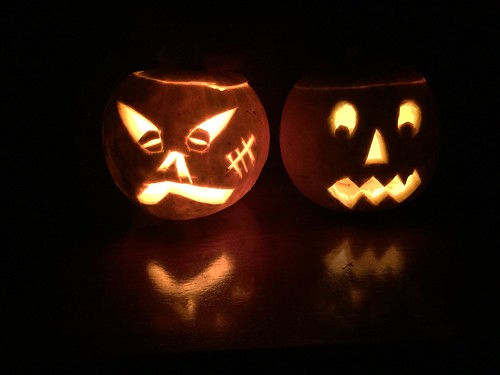 I thought Marga's addition of the scar was particularly creative. It really adds to the scariness

Here's some footage of the kids interacting with one another. It'll be cute to show Ian and Mara this when they are older.

We had a great time! 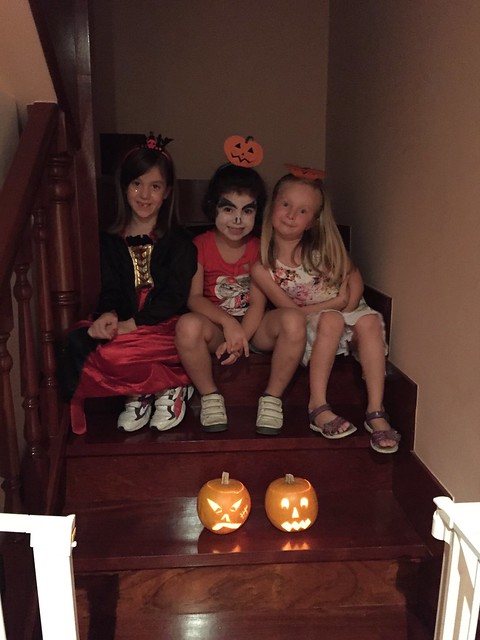