On my 36th birthday, I had my first brunch. Brunch, you see, is a logical impossibility in Spain, due to the extreme sacred importance of the "midday" (2pm - 3pm) meal. Combining it with another meal has never once occurred to a Spaniard. While Spaniards do have a meal similar to a brunch, called almuerzo, lunch is still eaten afterwards.

I've heard talk of this restaurant in my hometown, called the King Street Café, and I was delighted to hear that my parents had scheduled it into our visit with my cousins and grandmother. Coming from Spain, I felt right at home with the brunch menu, which was basically an all-you-can-eat series of tapas. The menu reads,

Each of us was instructed to pick three items and the order we wanted to eat them in, and then later we could order more if we so desired. The list was:

Hungry yet? Most of our party started out with the Egg Benedict, which may have been the best dish, or perhaps just eaten when most hungry. It was really, really good. 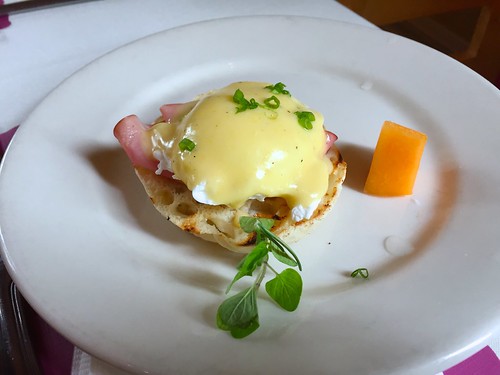 I'm not sure if I'd ever had Eggs Benedict. I was aware that it involved some sauce atop a fried egg, and even knew that it was invented in the Waldorf Hotel. 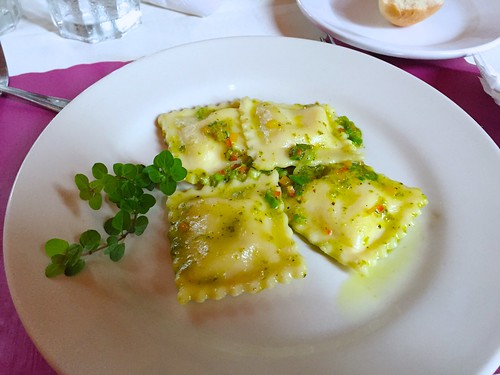 The ravioli left me wanting another plateful. I rarely get to eat pesto, and I love it. 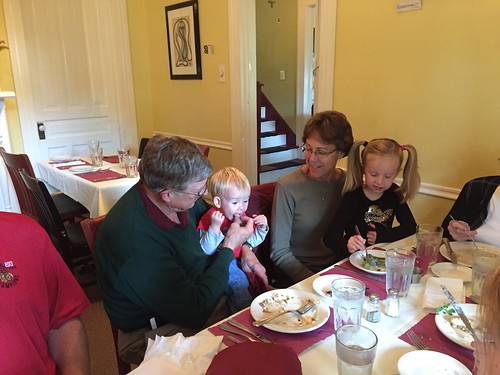 Ian enjoyed the brunch, too, but he spent most of his time outside exploring the yard, which meant that grown ups had to take turns being outside with him. Fine dining and toddlers don't mix. 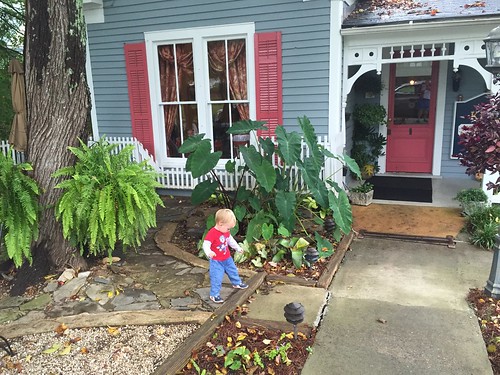 He's a big fan of places with rocks to throw and logs to climb over. 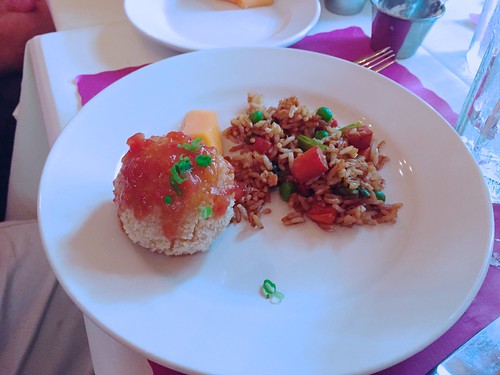 Shrimp Cake. I didn't order this, but stole a photo from my cousin, Matthew's, plate. 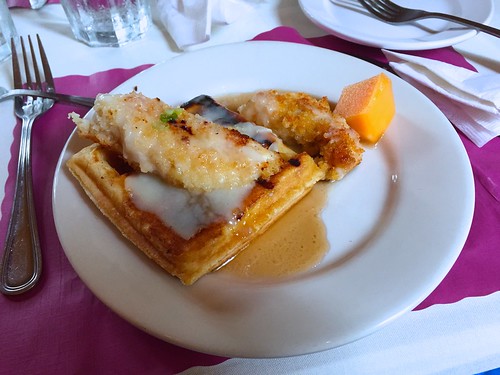 My third choice, and one that I think most people chose: Chicken and Belgian waffles. It was literally a piece of breaded, fried chicken atop a syrupy waffle. An odd combination, but a delicious mixture of savory and sweet. 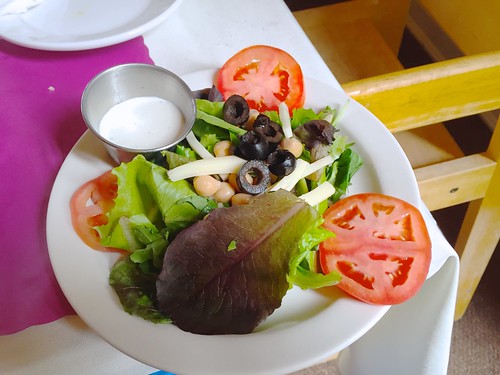 The Chef's Salad didn't seem that appetizing, but my wife ate all but the legumes. 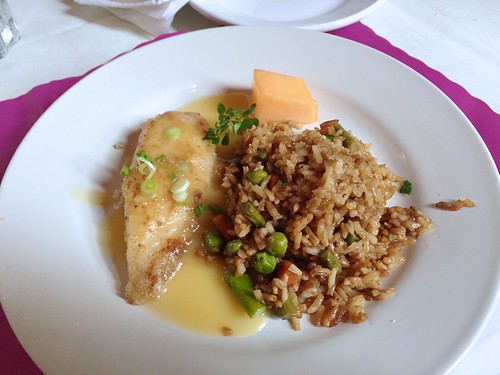 My fourth order: Tilapia in apricot sauce. We eat a lot of fish in Spain, but I don't recall ever eating tilapia. It was good, but I'm not a huge fan of sweet sauces. 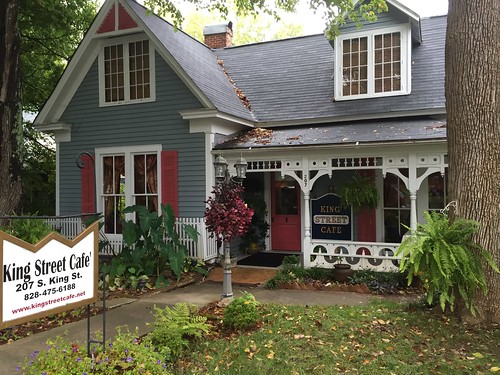 I was very pleased with the King Street Café (their sign maker didn't have the "é" character, apparently), and I think that if I lived in Morganton, North Carolina, it might be one of my favorite restaurants. I highly recommend it. Great birthday brunch! 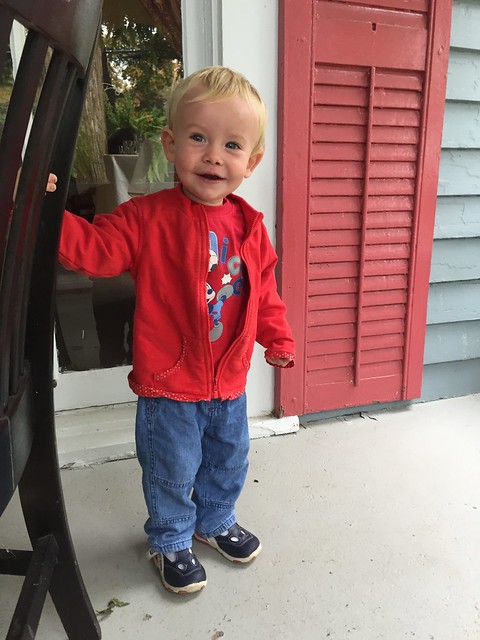