There is something really romantically charming, especially for Americans, about ancient medieval (or older) cobblestone streets in European city centers. The American cultural psyche is nurtured from childhood with tales loosely based on European history. After living in Europe for over a decade now, I've built up a tolerance to cobblestones and cathedrals, but every now and then a place is so thick with history that I can lose myself in it. Toledo was one of those places, with an endless labyrinth of stone passageways inside the city walls. The streets of Toledo were extremely photogenic during the daytime, but at night, the way the lights and shadows played off the stones was just spectacular. With a proper tripod and free time, I could fill a thousand blog posts with images, but I'm afraid I was only able to capture these somewhat blurry images. You'll have to focus them with your imagination. At less than an hour from the Madrid airport, Toledo could definitely be a destination for some cheap holidays for anyone with an itch for history and/or swords. 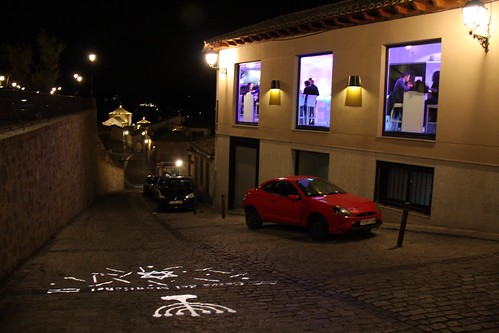 As I previously mentioned, Toledo is broken into several quarters, with some borders more subtle than others. During the day, you might not notice when you entered the Jewish quarter, but at night, you couldn't miss it. The entries into the Jewish quarter had these menorahs projected onto the ground informing you of your border crossing. 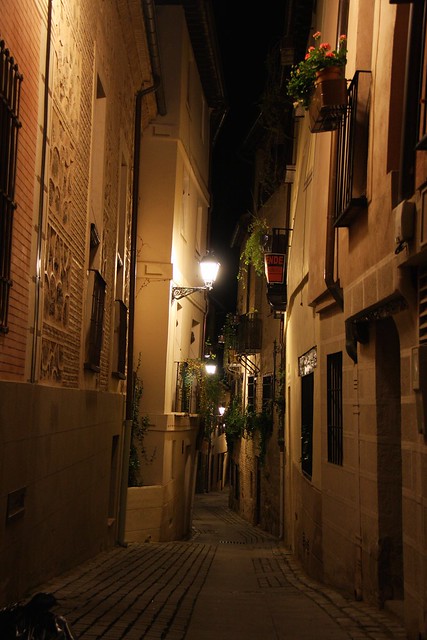 How could you not choose to walk down that street to investigate where it goes? 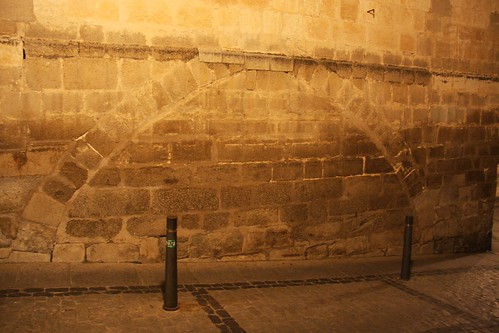 These bricked up arches always intrigue me. Did it used to be open, or is it just design flare? 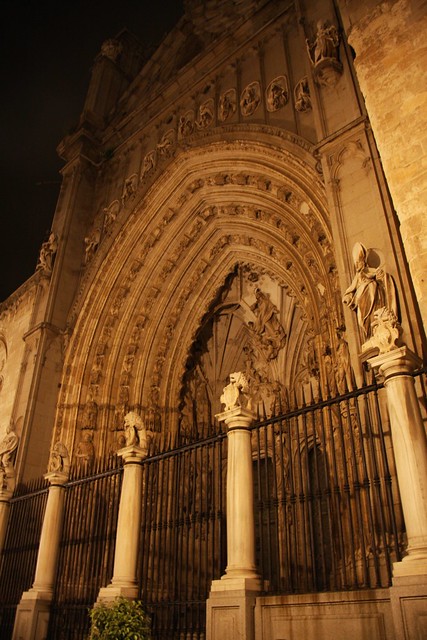 The cathedral door. I had to kneel down to use a bollard as a united to stabilize the camera. 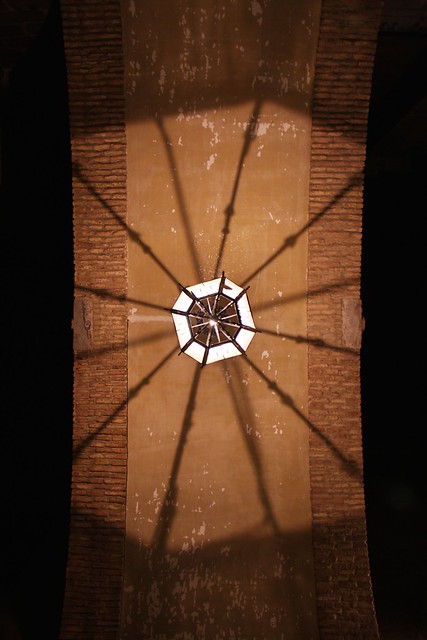 A lamp under an arch. 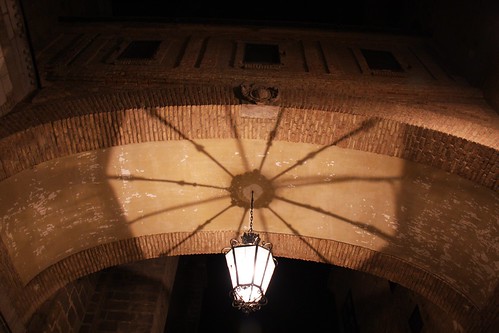 Same lamp from the side. 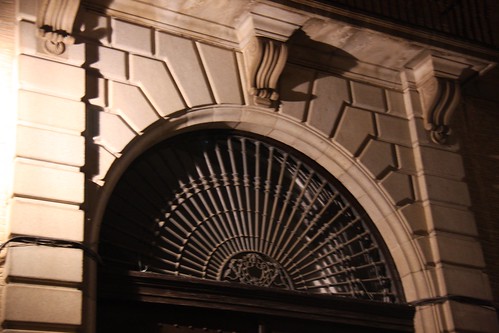 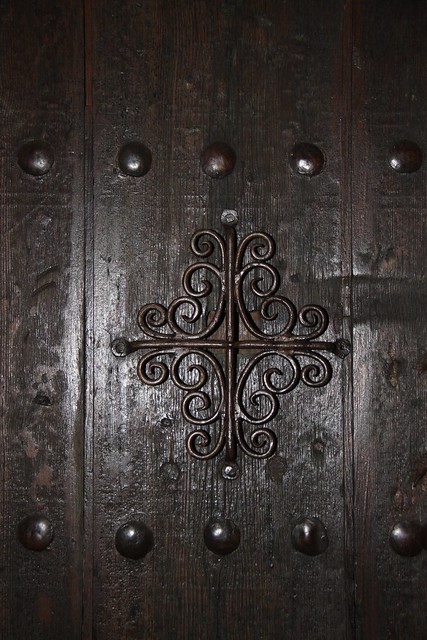 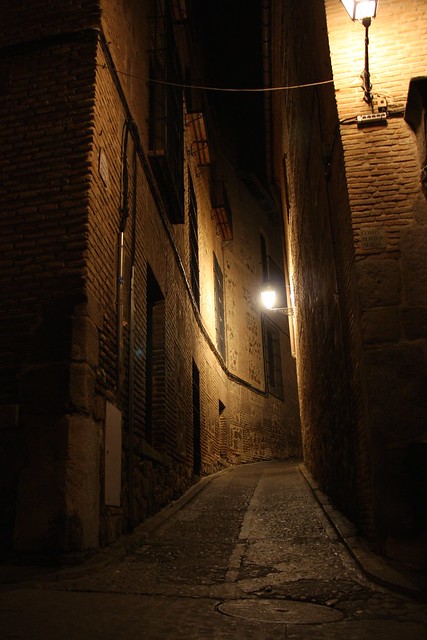 I wonder what's up there? 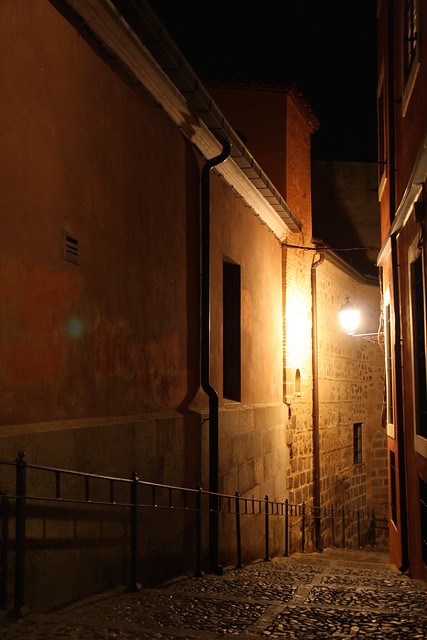 Or down that staircase? 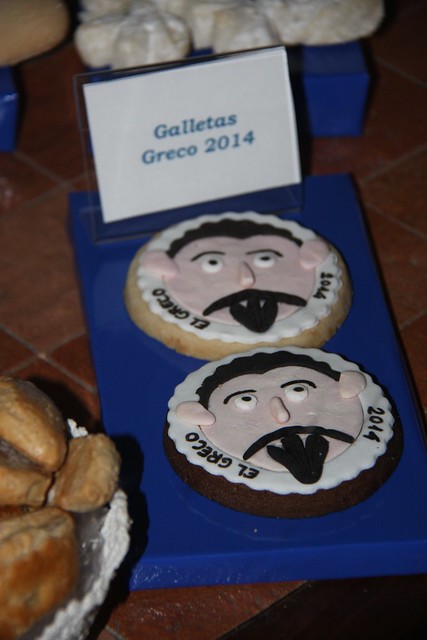 Some places I visit leave me satisfied that I've experienced that place, but some places leave me thirsty to spend more time exploring and learning the history of the place. Toledo was definitely in the latter category. I look forward to returning some day.