State of the Offspring Address - September 2014

The biggest news this month was the return of the offspring from their long summer vacation and the start of the school year. They came back less than a week before school started on September 11th. To ease the pain of summer vacation ending, the kids have only gone in the mornings so far in September, but in October they will start in the afternoons again, too. Nora was happy to go back to school. She's a preschool senior now, in what other cultures call kindergarten, even though she's with the same teacher she's had for the past two years.

Both children returned from the south with a southern Spanish accent. As a general rule, the way you 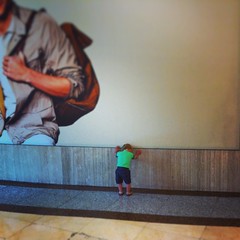 do a southern accent in Spain is to drop any 'S' from the end of a word. As you can imagine this can make plurals complicated. Masculine plurals are easy, lo' coche' can only be los coches (because the singular would be el coche), but feminine ones... la' caja', on the other hand, needs more context. They even drop S's in the middle of words. It took me a few minutes into Ocho Apellidos Vascos to understand that the Andalucian men were talking about Basque women, vascas, and not cows, vacas. Ian's accent is especially adorable because whenever he wants to play hide-and-seek, he covers his eyes with his arm, puts his head against the wall, and "counts" do' tre', do' tre' (two three, two three).

Why did the kindergartener cross the road?

One of the biggest milestones with her return to school is that she has been able to go to school all by herself! She's 5.5 years old, remember. There is only one street to cross in front of our apartment building, which has very high foot traffic in the quarter hour before school starts. We've 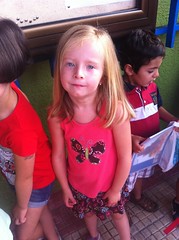 been practicing for months, with her crossing the street by herself, looking both ways, before I cross after her. It's only a one-way street, but I've been stressing the "look both ways" part as a good general rule of thumb. She'll figure out the traffic patterns in due time.

This new skill has been very handy on the handful of days when Ian has been sick or generally had a bad night, because I don't have to wake him, dress him, feed him breakfast, and take him down to school with Nora. Most days we go with her, but a few days (like today) she's gone on her own, with me accompanying her only down to the sidewalk in front of our house. One day she went all the way from our apartment, alone in the elevator and to school. Unfortunately, that day, when I poked my head out the window to watch her go, I realized that it was pretty chilly and she'd left without her jacket, so I had to run after her, Ian bouncing on my hip, to give her the jacket. I didn't catch her en route, but found her waiting in line outside her school. It's definitely been a success, and we applaud her for it.

Early September is always the best weather we have all year. I've been to the beach a few times, but my wife and the kids have been many, many more times, another benefit to only having school in the mornings. Ian has gone from being pretty freaked out by the waves to being relatively dauntless, although he's never been more than navel deep. He does love digging in the sand, though. Nora, ever the lady, pretends to bake cakes and pastries with her sand formations. 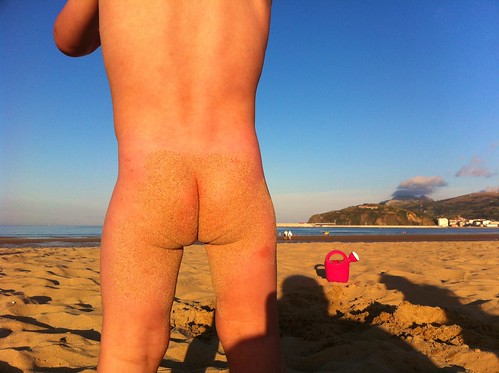 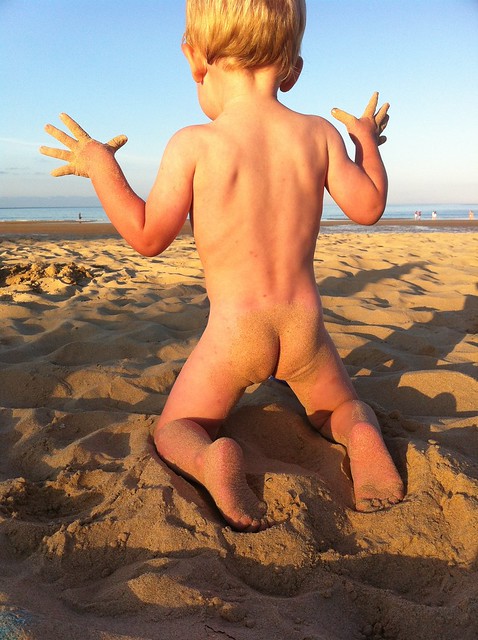 He does this a lot, as if he's performing some sort of worship ritual. What follows, however, is just him slamming his hands down into the sand, enjoying its "Hey, I can hit this and it doesn't hurt that much!" properties.

Our month was finished with a trip in an airplane to Valencia to attend the wedding on José Ramón and Raquel; the groom grew up in the house next to our summer family place down in Extremadura and has been friends with my wife and her sister since childhood. The flight didn't go entirely smoothly, but we survived. Both Ian and Nora had fun in the hotel and exploring the streets of Valencia, as well as at the wedding, although Nora was the only kid of her age that refused to sit at the children's table. There were so many kids at the wedding that the bride and groom had contracted a daycare service that came with toys and face paints and things to entertain the kids. What a clever idea! 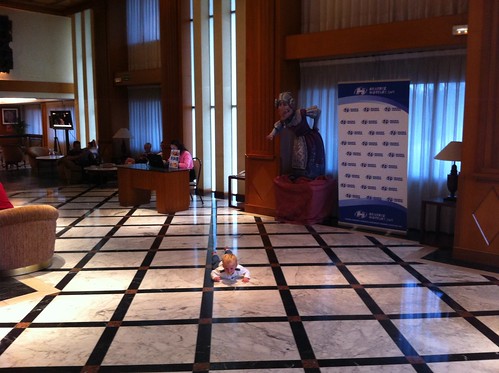 The hotel had this nagging granny statue, which Ian posed for naturally. 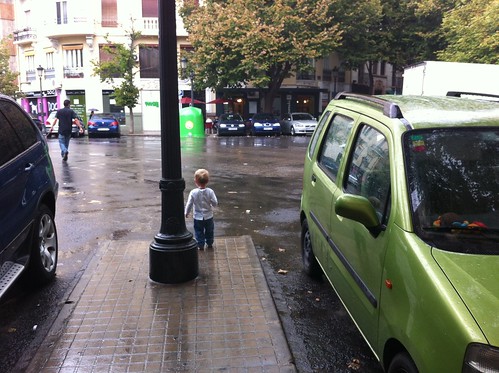 Apparently it rarely rains in Valencia, but it did the weekend we went. 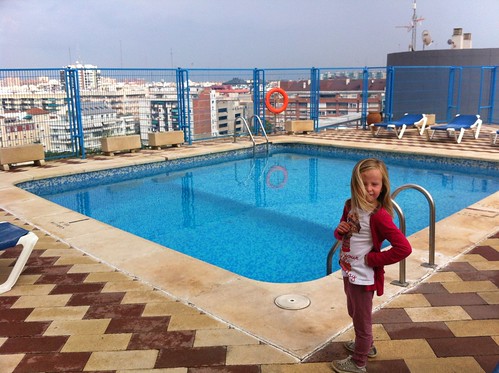 Nice view from the rooftop hotel pool, but it was too cold and we didn't have any time to waste. 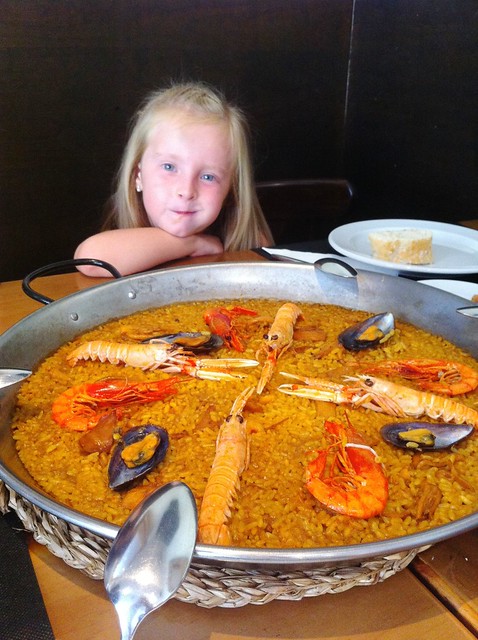 Of course we had to have paella in Valencia. This particular one wasn't that good, unfortunately.

Photos don't really do justice to just how adorable these little tykes are. I don't have any siblings, but from what I've heard, these two seem to get along a lot better than normal.

Playing in the church brickyard. Spaniards don't learn to play ball on grass. Nora had better enjoy her year of having superior ball handling skills, because Ian's going to overtake her in no time.

I'm pretty sure Nora was at least 2.5 before she could do this stuff. At the beginning, you can hear him say "¡Do' tre'!" before sliding down the slide, as his Spanish grandfather usually counts to three before picking him up or launching any sort of activity.

Of course they are very comfortable bar hopping. They normally share a grape juice at about 60% of the bars visited.

Nora got her first experience with a sparkler at the wedding. Fun! 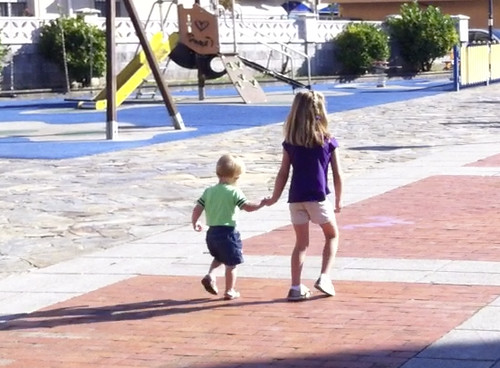