Ever since smart phones became endowed with GPS, the apps that attempt to show you where your friends are have become as ubiquitous as the horrified privacy backlash against them. I cannot claim to have ever really used such apps because I live in a rural community, most of my best friends are sprinkled sparsely across the globe, and the friends that I do meet up with are either not that tech savvy, use a different smart phone OS, or have the more common sense about the privacy problems than geeky desire to test out what an app can do. Recently, however, I traveled to a nearby city to take part in a festival that drew thousands of people from the surrounding area, and I was pretty sure that some of my friends, with whom I would totally spend the day with if we happened to run into each other amidst the throng, had probably also made separate plans to be there. Sure enough, the photos on social networks confirmed my suspicions. I suspect that most people have experienced that, "Oh, you were at that concert, too?" moment.

How could an app solve this? Most of the apps available today have a toggle switch where you switch the broadcasting of your location on or off, and hopefully you remember to switch it off. However, I think I've devised a solution to this problem which I will present to you now.

How to find friends, and be found by friends, without broadcasting your location?

For the purposes of this discussion, let's pick a totally goofy name that sounds like a modern startup...let's call our app PingWhen.

The app uses methods similar to Viber or WhatsApp to "just know" which of the people in your phone's contact list are also users of the app. 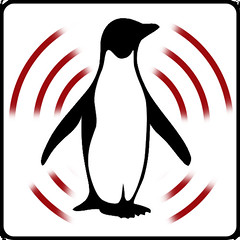 Obviously, for this to be possible, each user is going to have to trust PingWhen, Inc. with the knowledge of where they (or really their phone) is at all times. This shouldn't really be that difficult, since both Apple and Google, as well as your mobile service provider, already have this information. If you're the kind of person that disables those default "anti-theft" measures, then obviously this app won't work for you, if you even have a smart phone.

When you open the app, you see a list of your friends that also have the app installed. Perhaps you can organize them into sublists if you wish. You cannot see where any of them are. When you are out and about and are wondering if any of your friends are nearby, you go to your list and select everyone you wouldn't mind meeting up with, select what "nearby" means by from a list of preset radii (perhaps it defaults to a mile?), and you send out a "ping".

The server looks up who is within your radius and sends each of them a push notification: "Susan is nearby and wants to know if you want to get together." Now, let's be clear on what does not happen:

When you receive a ping notification, you have several options; you can: 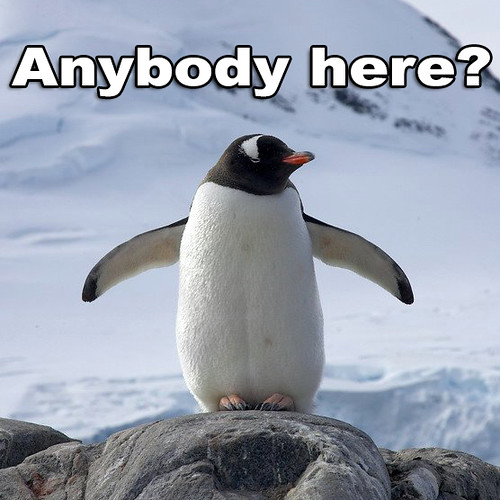 As a passive user, you must specifically opt in to sharing your location with a specific person. You are never broadcasting your location willy-nilly to everybody. As an active user, only when you explicitly request to, does the fact that you are nearby – not your exact location – get broadcast, and then only to people near you, not to your friends on the other side of the country. Probably, the majority of the time, a ping will result in no one being notified at all.

It seems to me that this design solves a very real problem in a way that does not introduce even more new ones.

If an existing app already does this, then good for them; let me know in the comments below. If you would like to implement this idea, go right ahead. While I probably could do it myself, the revenue model of the two main app stores, especially for an app in this problem space that seriously suffers from Metcalf's Law to get an app off the ground, does not make this idea worth my time or effort. If you do choose to implement this idea, a nod in the About screen of your app would be appreciated. You're even welcome to the terrible name I came up with, although, at the time of this writing, the .com and .co domain names are squatted.

I slapped the icon together in five minutes using artwork by Christy Presler. The single penguin photo came from Nick Russell. The penguin festival photo is from Liam Quinn.