On our final weekend before our children come home from summer vacation with their grandparents, my wife and I decided we should take full advantage of our kidlessness and do some traveling tourism around Cantabria. We discovered this excellent website that details upcoming events in the region, and we decided to drive an hour to the west to a town called Comillas to see their annual Día del Indiano festival. We visited Comillas eight long years ago to scout out potential wedding venues, but we have not been back. I was unfamiliar with the Spanish word indiano. It's a term referring to a single member of the mass of Spaniards that followed the gold rush to The New World and then returned home filthy rich, and, as the rich are wont to do, became the ruling class throughout northern Spain. With this background knowledge, the architecture in Comillas made total sense. The town was clearly built with old colonial money. Enormous houses, some quite dilapidated now, dot the landscape.

From what I could tell from the program guide and what I witnessed, the Día del Indiano is mostly an excuse to play and dance to salsa and merengue music. It was a shame that I can't really dance yet because of my leg. But I did have a great day walking around a beautiful place taking photographs. 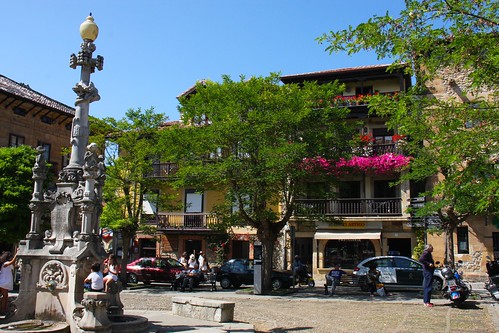 The main town square in Comillas. 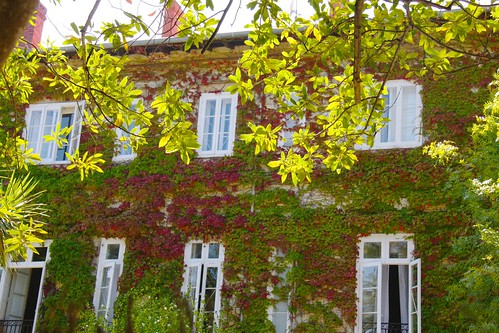 Many of the old stone homes were covered in ivy. 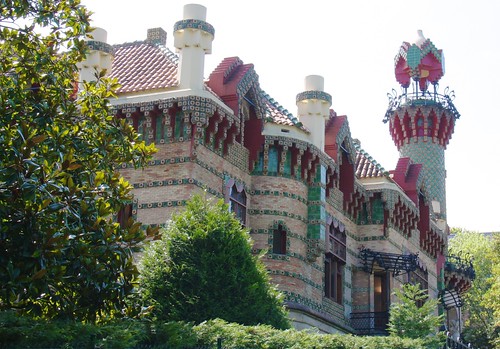 There is only one person that could've designed a house this tacky. It's called el capricho de Gaudí, or Gaudí's treat. 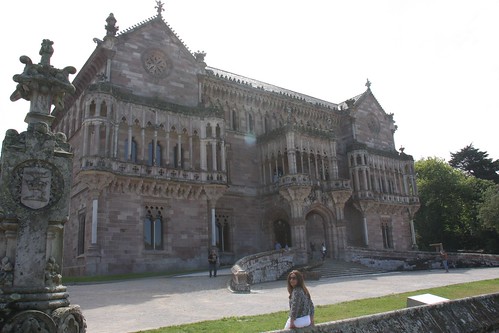 A lovely palace overlooks a large section of town. 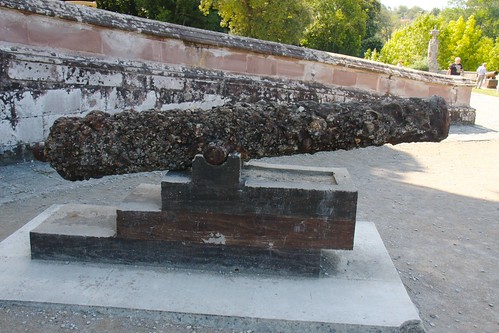 This cannon was encrusted with rocks. I can only assume that it spent a century or two on the ocean floor. 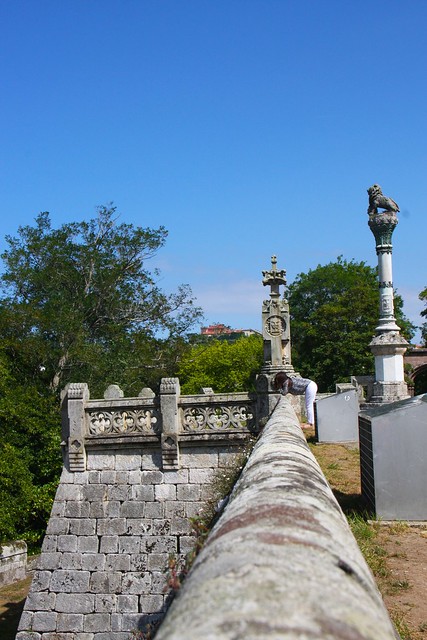 The palace was pretty well guarded by this 10 meter wall. 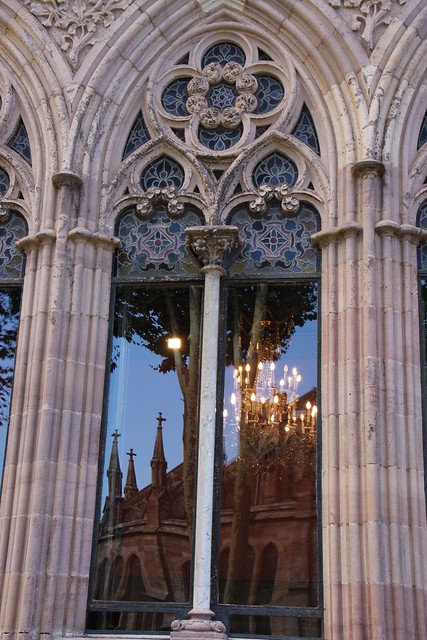 Three photos in one: beautiful palace window, chandelier and reflection of church. 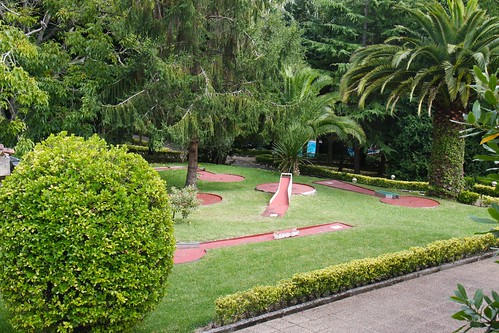 One of the houses had a private miniature golf course in the backyard. Awesome! 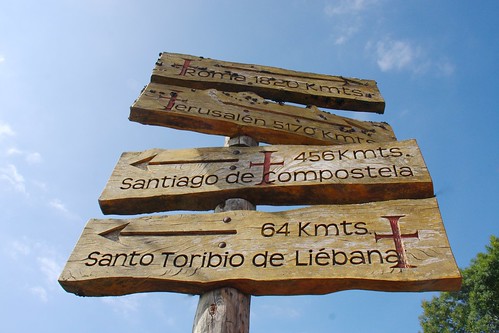 I took a photo of this sign eight years ago, too. 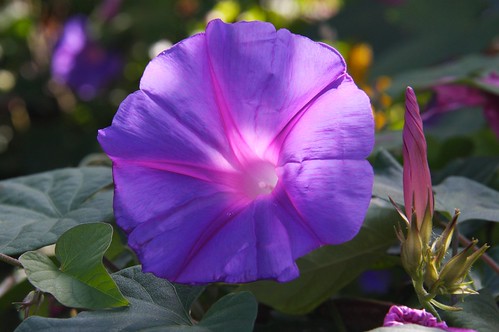 A pretty morning glory that caught my eye. 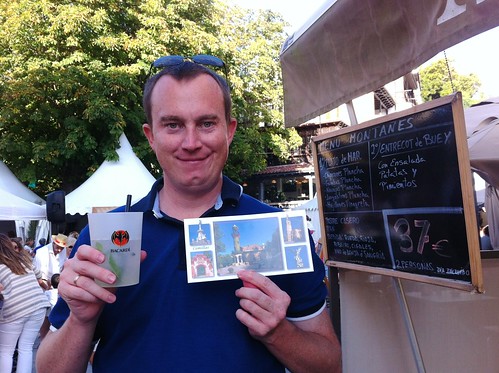 At seven o'clock the mojito stand opened. The drink wasn't very good, but it was only two euros.

After looking at the schedule for the festivities, it was clear that the party wasn't going to get going until 10:30pm, and we were an hour away from home, so we decided to call it a day and head back east.

On the way out of town, however, we were accosted by a gorgeous sea view, causing us to pull over and get out of the car. 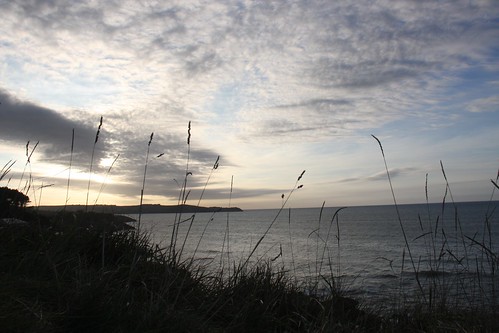 I had to get down in the grass for this one. 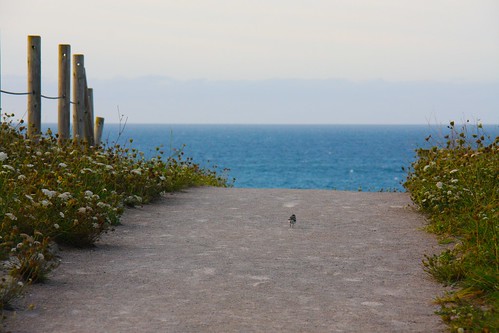 Bird on a path. 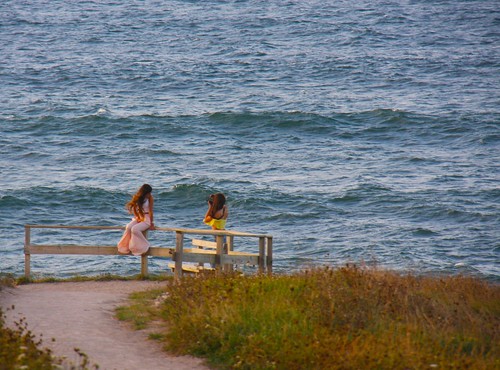 These teenage girls were having a little sunset photoshoot down by the water. 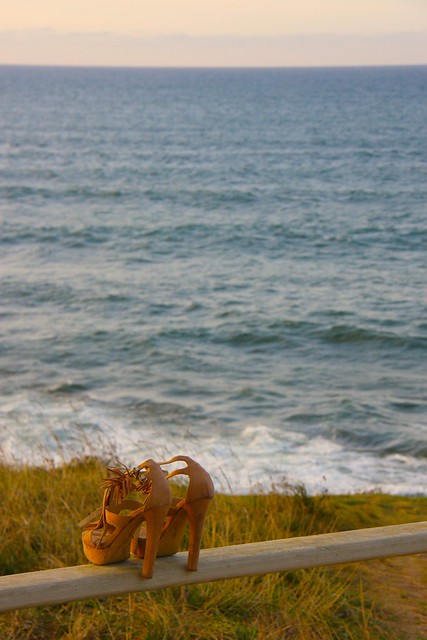 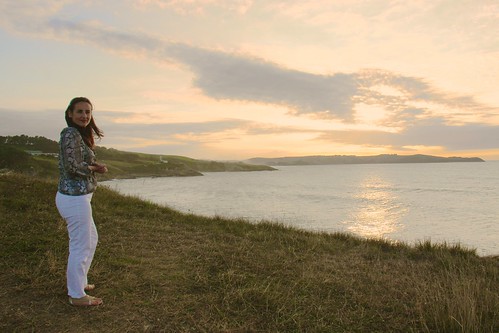 We stayed to watch the sunset. A beautiful end to a beautiful day in Comillas. 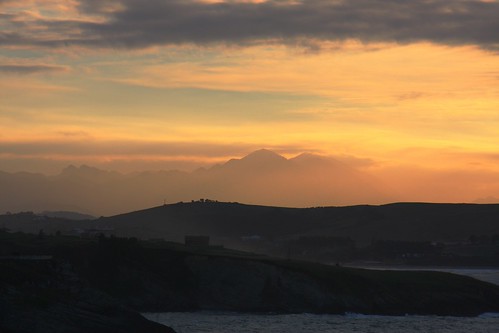