Where I work, whenever we start a new project, we often don't yet know what the final product (usually a website) will be called, but we need a name to refer to the project. The way we generate internal code names is through a word association exercise. For example, one of the projects we're working on now involves golf. Thinking of golf makes me think of Jack Nicklaus, whose nickname was The Golden Bear, so we named the project Ursa, which is short, nice and pronounceable and quick to type...and means "bear" in Latin. "Garlic and Water" refers to a Spanish phrase that I've known about for a while now:

It's a shortened – and bowdlerized, to the point of it not being obvious until someone tells you – version of "a joderse y aguantarse", the literal translation of which is the delightful phrase, "go fuck yourself and deal with it". Aguantar has long been one of my favorite Spanish words. The closest English word is "to bear" – wow, I did not plan that anecdotal syzygy – but it can also mean "to hold [this object for a moment]", "to last [until the end]" or "to hold [oneself back]"; it's a very versatile word. e.g. "¡No aguanto más!" = "I can't take it anymore!"

The actual meaning of the phrase is closer to "Well, tough shit!" It's used to dismiss complaints about things that can't be changed. 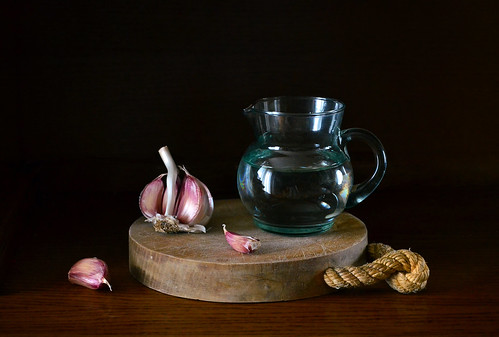 It occurred to me today that "Garlic and Water" would be a really awesome name for a blog like mine, an anglophone writing about life in Spain, especially if it were generally critical and complaining. If it were focused on gastronomy, even better.

So I'm just throwing this out there. If any of my readers were dying to write a blog about how Spanish food sucks (in which case you're wrong), or just about general expat life in Spain, you're welcome to it. I'm pretty sure the Ajo y Agua clothing brand wouldn't mind. 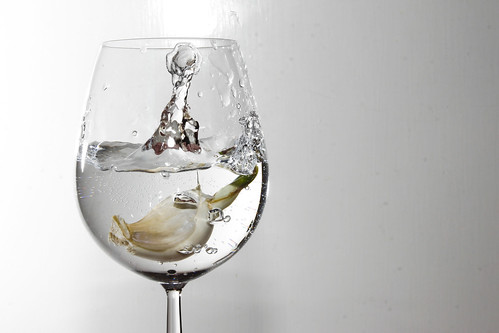