State of the Offspring Address - May 2014

Huge news this month! Ian has been officially declared Independently Ambulatory! He's been dragging anyone willing to bend over and hold just one of his hands around, and stumbling a meter or two between adults, for weeks now, but it was on May 25, 2014, his 13-month birthday, when he really decided to make his way out on his own. He's learned the important lesson that when you start to lose balance, you should stick out your butt and fall on that rather than your hands or head. He has, however, occasionally fallen on his head. Notice the bruise in the video below. The funny thing is that he's not yet figured out, although he gets close, how to stand up from a sitting position with nothing to hold on to. He needs something stationary – even a wall is enough – to lean on to get up, but once he's up, look out!

This month we had a visit from my parents, which went really well. They enjoyed getting to know Ian, who is sprouting new personality leaves every day, and Nora adores them. 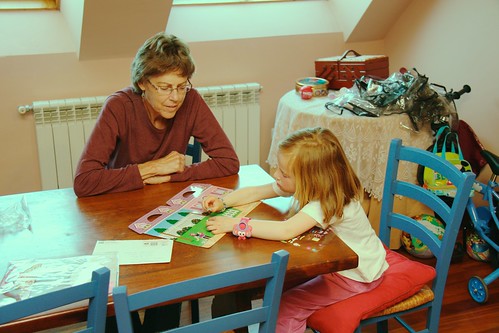 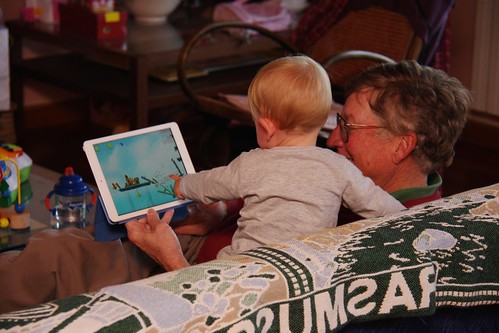 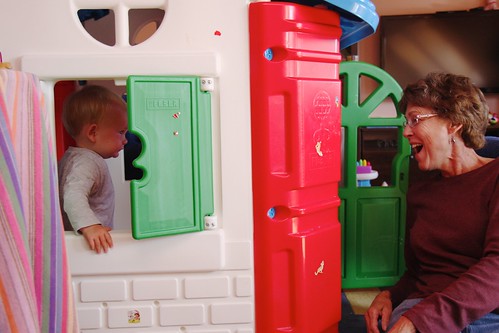 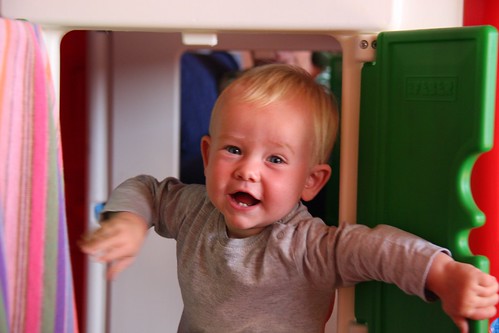 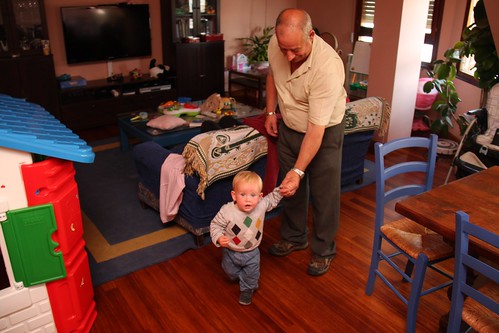 The kids' Spanish grandparents spent a couple weeks with us this month helping to care for the kids while Marga worked overtime. Ian and his Abuelo really bonded, because he was the only one willing to spend literally all day bending down to help Ian walk.

When my parents were here, they and Nora got right back into their games that they like to play. The favorite by far is "two policemen and a bad guy", in which my mother and Nora are the "policemen" (sic) and have to keep an eye on my father, who plays a bit of a kleptomaniac escape artist. This visit came with the addition of a security camera in the form of my father's iPhone. Behold...

You really get a sense of Nora's English, although she's speaking with a bit of silly mixed in. You can tell just how much fun she was having.

Funny Photo of the Month 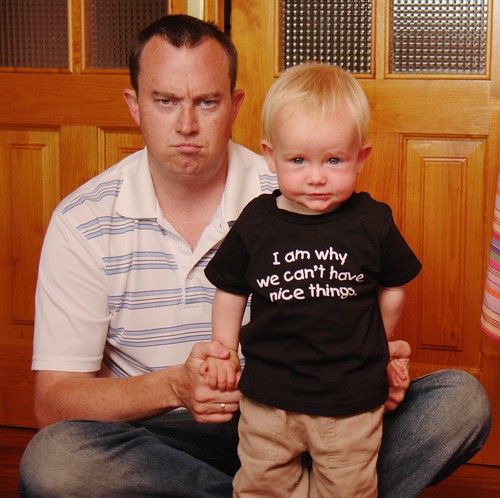 Both Nora and Ian got their hair cut this month. 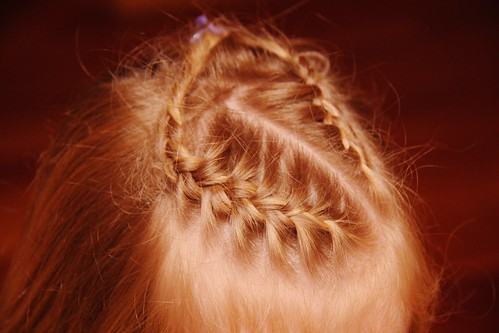 I could never do this. 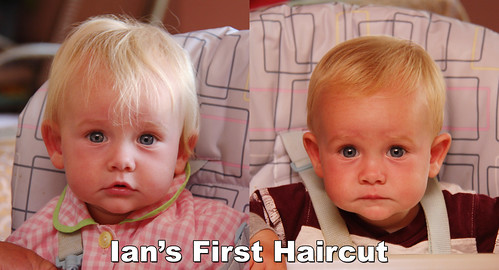 This week, Nora has spent three whole days and two nights away at camp with her class and teachers. She had such a good time last year that she was really excited to be going again this year. I'm still amazed that the teachers voluntarily accept a 60-hour shift, but they do, and the kids are better for it.

We took several trips to the beach this month with various sets of grandparents. 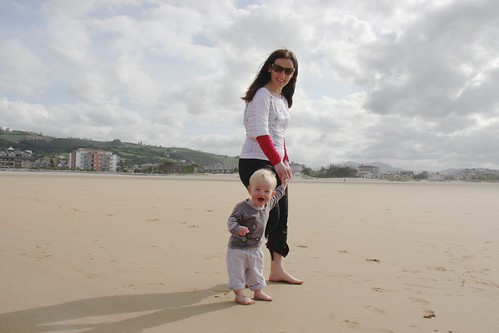 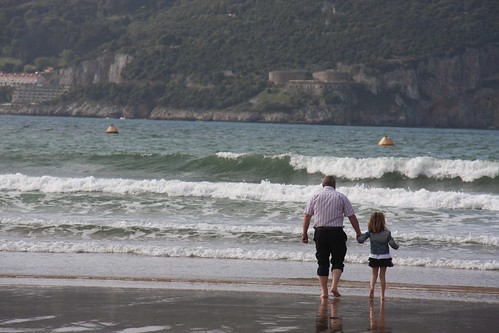 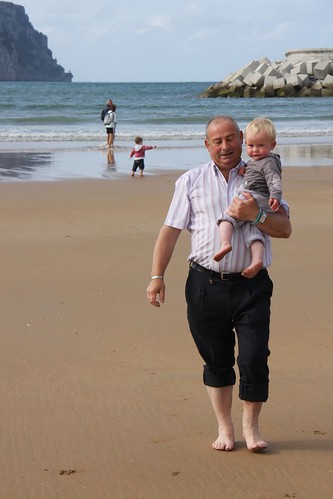 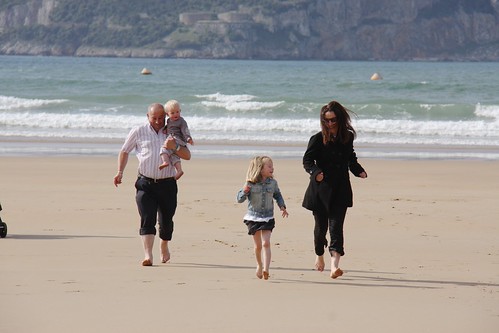 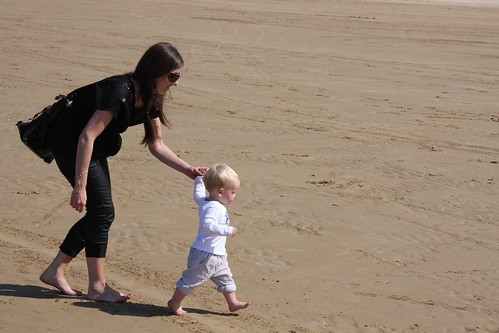 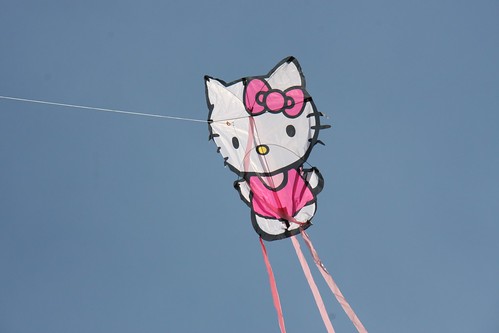 Nora's most prized present from Christmas finally got airborne. 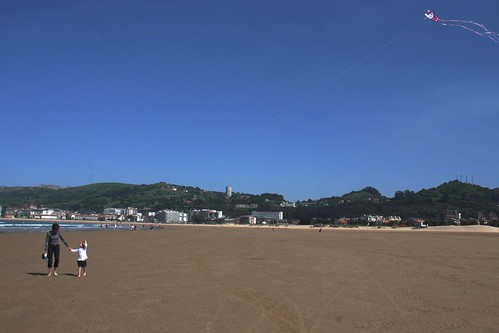 The wind was so perfect that day, you could fly the kite without even paying attention to it.

The state of the offspring is strong...AND WALKING! 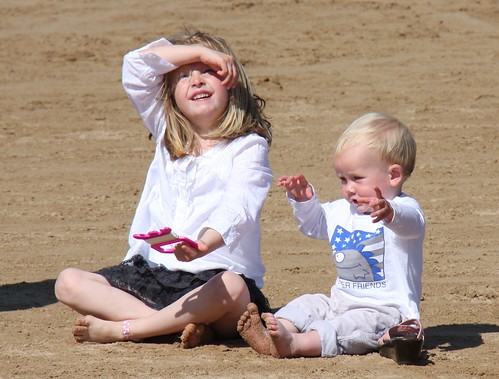