Carnival 2014 - Cops and Robbers and Bees

After my impressive performance her first year, for the last two years of Nora's daycare, I was ordained the official daycare photographer for the Carnival parade, where all the kids and parents (from all the daycares and preschools) dress up and parade around town. Since I was out of town for last year (it rained, anyway), and Ian hadn't yet shown his face, this was the first year that I had ties to both the local school and to the daycare. Several months ago, the daycare boss, Adela, approached me and said, "We can count on you as photographer again this year, right?" I said, well...since I've got Nora in school, I'm not sure which group I should participate with. She said, "But you're dressing up with us, right?" I said, "Well, that depends...Nora's class is dressing up as bees, which is pretty cute. What is your costume?" She explained that the kids were going to dress up as cops, and the parents as prisoners. I was sold immediately. She always has the most creative ideas, like when the grown-ups were angels and the kids demons. Then, a few weeks ago, Adela approached me and asked if they could change my costume. Two years ago, when the kids and parents were dwarves and the daycare workers Snow White, they gave me the special role as Prince Charming. This year, she asked if I, rather than dress up like a prisoner like the other parents, would be the Police Chief, the only adult dressed the same as the kids. I was honored, of course.

The originally planned parade last week got rained out, so we did it today. 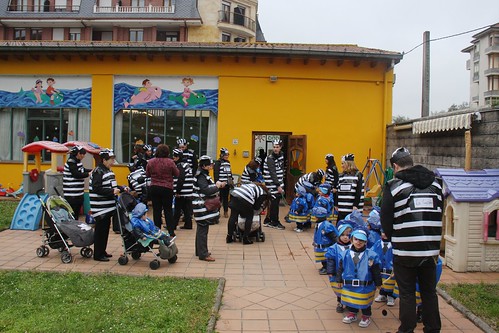 You may not believe this, but the psychology of the Stanford Prison Experiment was very strong. It was really hard not to feel like I could order around the other adults. 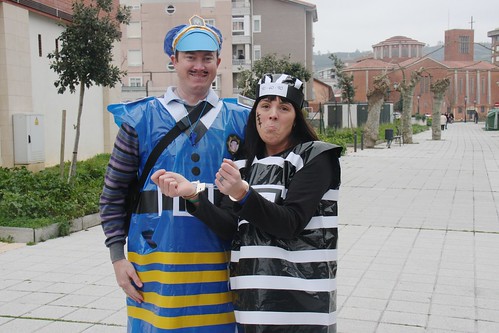 I brought out Nora's toy handcuffs to "arrest" Adela. 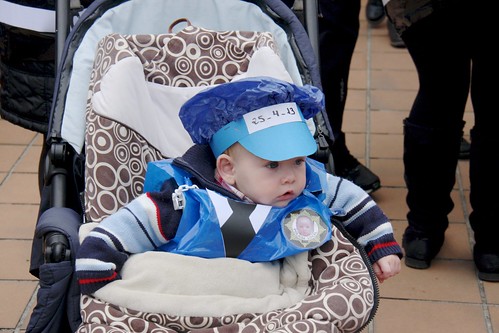 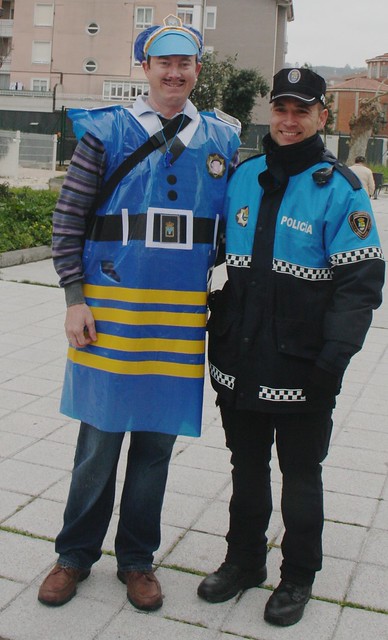 This other guy had a really rubbish costume compared to mine. I told him so. 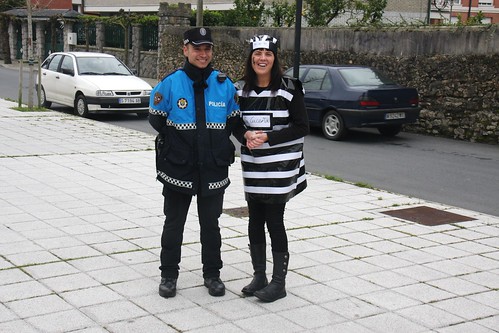 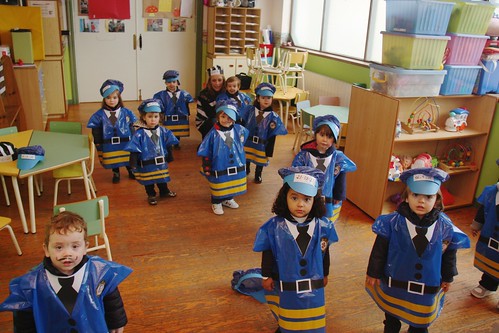 My cadets at the academy. 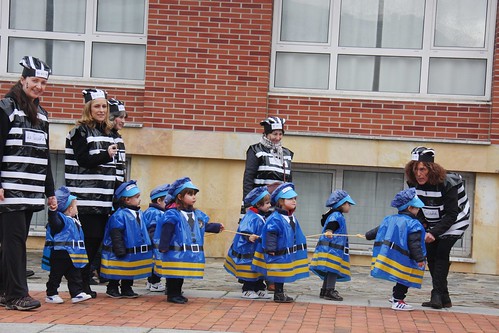 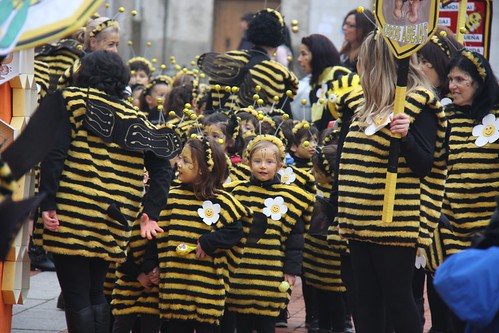 That bee looks familiar! She spotted me from a long way off. 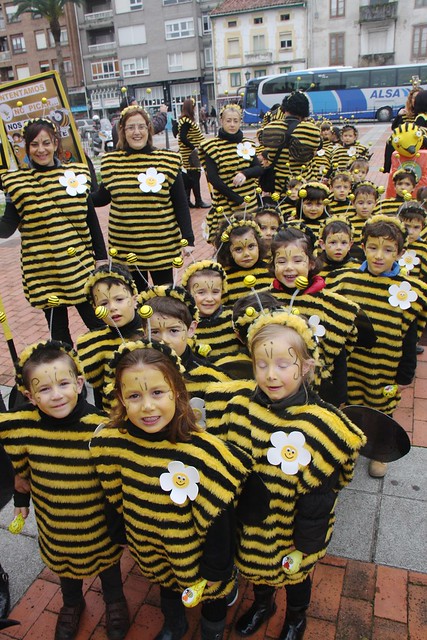 A swarm of bees! 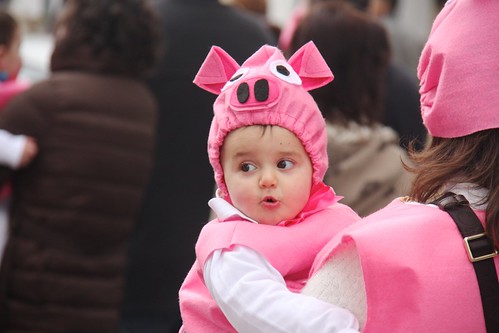 One of the other daycares dressed up as actual pigs, not just figurative pigs like us. The idea was much less creative, but they were pretty cute. 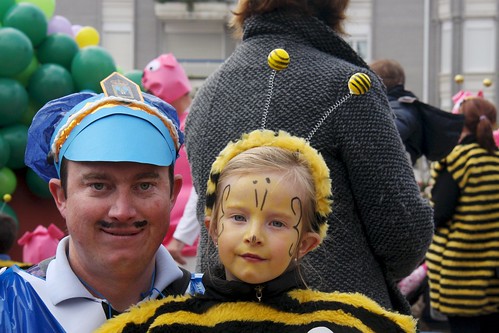 The captain and the bee. 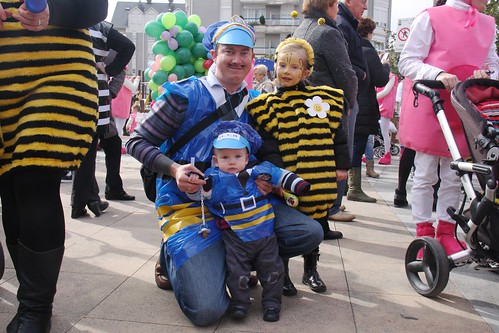 We had a great time. All 214 photos I took are here. I'm looking forward to next year. I suspect that I will continue to be impressed with the creativity and pragmatic execution of the holiday festivities at La Cucaña, Ian's daycare.