State of the Offspring Address - February 2014

This month the offspring took some huge steps forward. Literally.

I went away for eleven days at the beginning of the month, and my son, who, when I left, had not yet figured out how to pick up one foot and put it in front of the other when standing up, had advanced to being able to walk very fast holding on to two hands, and pretty well (for a drunk) holding onto just one. He seemed pretty proud about it, too. So we have officially entered the backbreaking stage where we have to bend over (some of us more than others) to help him get the hang of this bipedalism gig. His sister was in that phase for six whole months. Let's hope this one goes quicker. 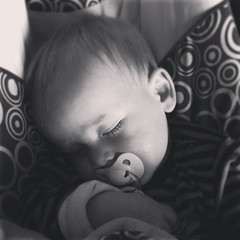 Nora was very pleased to see me upon my return from the States. She even tried to get out of going to school the day I was due back, so she could be there to greet me. Luckily she didn't end up winning that battle, because my flight ended up being redirected to Madrid, and I had to take a bus for the final leg of the journey, arriving home at 10pm rather than 2pm. Ugh.

Much of this month has been spent in preparation for Carnaval. Nora's school is dressing up as bumblebees, which has been their theme this semester, studying beekeeping and learning about honeycombs and beehives, etc. I mean, she learned the word "apiculture", for honey's sake! 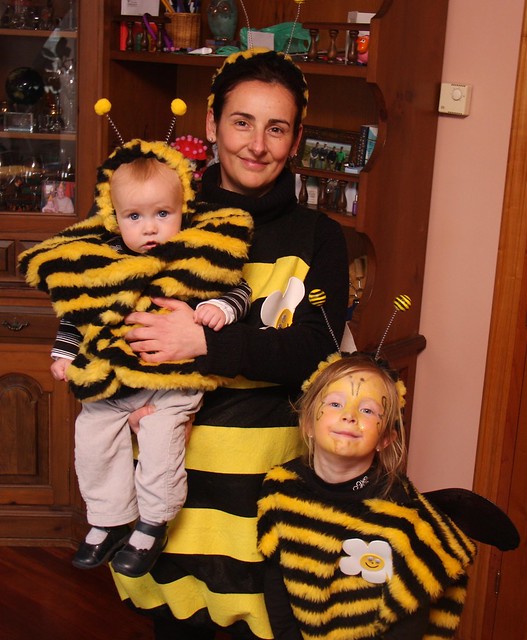 For the latter half of the month, Ian has been ill with a bronchial infection, which causes a rather terrifying rattle in his chest when he breathes, as well as some horrible coughing fits where he just can't stop coughing. We've all experienced that, and the poor little guy, once he gets the coughing under control, lets out a little heartbreaking whimper. 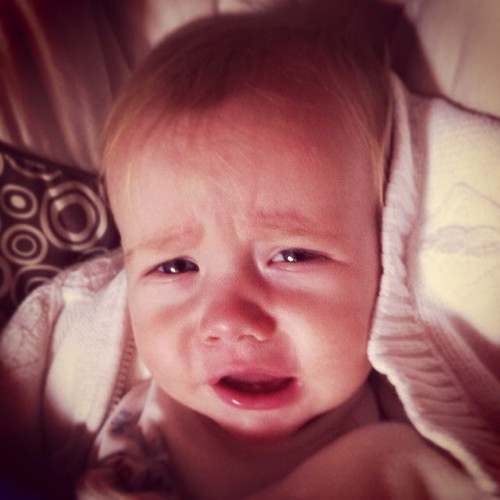 Being sick sucks. Wanna see how bad it sucks? 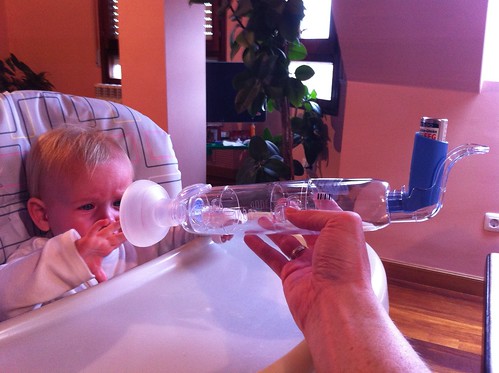 The doctor prescribed him this BabyHalerâ„¢, which we have to hold over his mouth for ten seconds three times a day. Needless to say, he hates it, but it does seem to clear up his cough a bit.

He's been going to the doc every three days, and the doctor assures us that he's getting better. 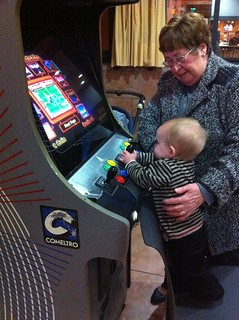 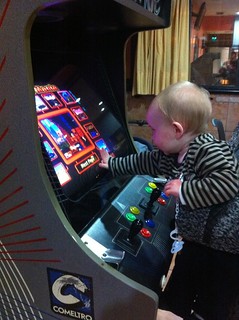 Ian sure is a curious lad. He's very much a boy, too. If he sees some kids playing soccer, he becomes utterly engrossed in the action, and complains if you try to take him away from it. He also loves smashing toys together.

Here you can see him brutally bashing plastic cups together.

We went to Mondragón this month for my sister-in-law's birthday. 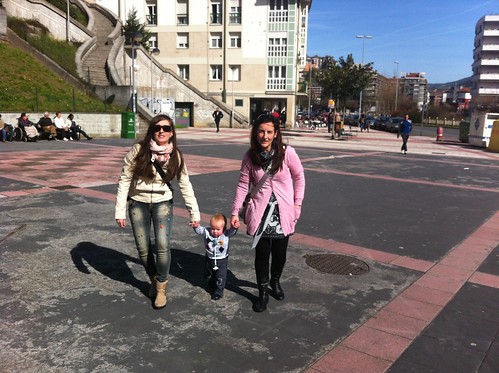 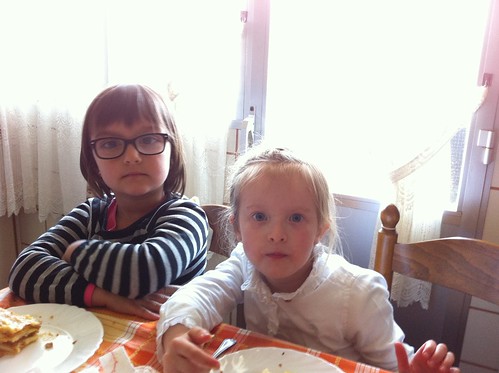 Nora got to see her cousin Chloe, who is a few months younger than her. They are both pretty shy, but once they broke the ice, they were inseparable.

Now that Ian can stand up, we were able to take our first bipedal family portrait. 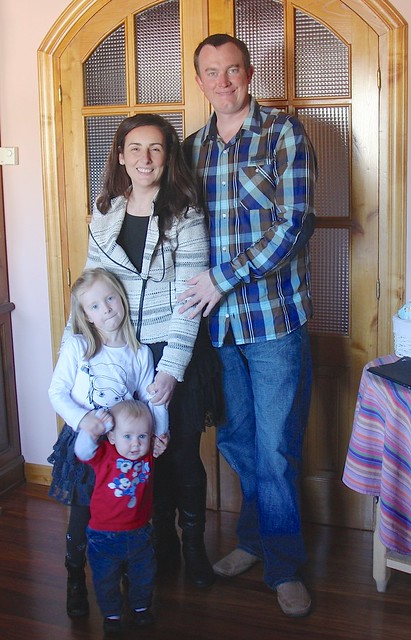