State of the Offspring Address - January 2014

Although it feels like a decade ago, Spanish Christmas crept into this month with the Kings Day celebration, Spain's primary mythical, magic, flying, home-intruding gift giver holiday. Nora was extremely excited about the kings coming to bring presents. We followed the cabalgata (parade) around town; we actually ended up walking in the street with the floats. We began at the very end of the parade, and spurred on by Nora's excitement ended up at the very front of the parade, walking faster than all the floats, overtaking them one by one. Then Nora went to sit on a king's lap and tell him that she wanted a Hello Kitty kite. That night we set out some snacks for the kings and their flying camels.

When the morning came, presents were opened. Both Santa Claus and the Kings had been observing me all year long, and both brought me a set of wine glasses. Nora did, in fact, receive a Hello Kitty kite, a product which is not easy to find.

A few weeks afterwards, we finally took the kite to the beach. 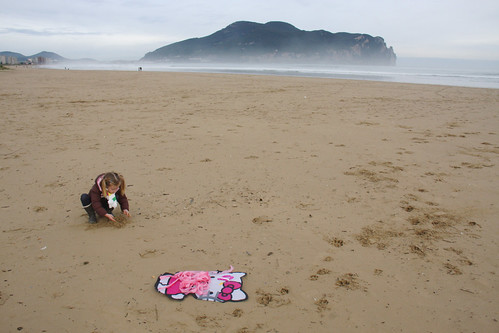 For the first time ever, in my experience, there was zero wind on Laredo's beach, so we had to cancel the inaugural flight. The pilot was very disappointed.

Sometimes Nora slips into what can best be considered baby talk, where she mangles the pronunciation of words to sound more like a baby. She explains that she's doing this so Ian will understand her. Here she is, having slipped completely out of coherence.

Ian continues to think that his sister is the center of the universe.

Ian is now capable of sitting upright for well over thirty minutes at a time. He hasn't quite gotten the hang of pulling himself up to a sitting position, and it's nearly impossible to sit him down, because he tenses his body like a plank trying to remain standing. 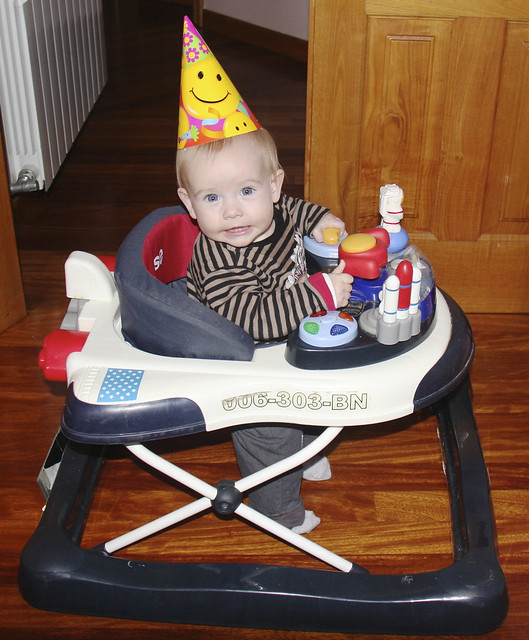 We've also started putting him in his walker, which he enjoys for a little bit. Like everyone, at first, he could only push himself backwards, but he's since learned the trick of going forwards. He's got the strength to stand up by himself for periods of several minutes, but he lacks the balance. It's funny when he's in the walker and follow Nora and me around the house as we do things.

He's not really crawling yet, but he's pretty good at doing sort of a breast stroke along the floor. One day, when I was giving Nora a bath, I laid down a blanket in the hallway outside the bathroom and put Ian on top of it on his back, so he could see us. While I was bathing Nora, he managed to roll off the blanket, scoot over to the door, and was banging his forehead into the corner of the doorjamb. One thing's for sure: he really, really wants to be mobile.

Lately it's been difficult to carry Ian, because he's learned to how to "drive" his grownup. Much like how one steers a Segway, he twists to orient his shoulders in the direction he wants to travel, and then leans forward, which pretty much forces his carrier in his chosen direction. Usually this direction is towards whatever room Nora is in. 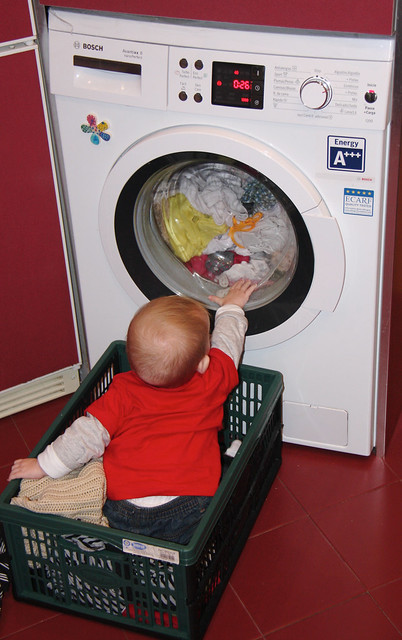 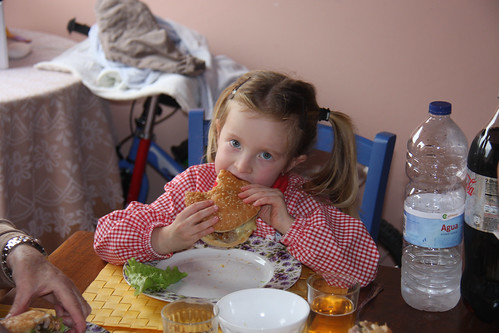 Nora had her first hamburger for Ian's nine-month birthday party. 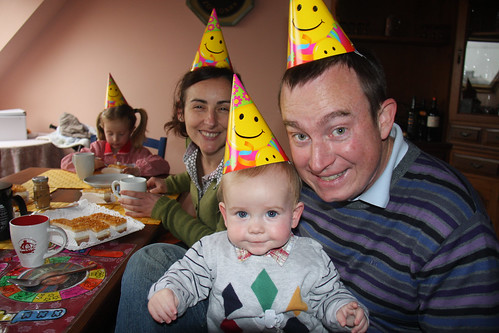 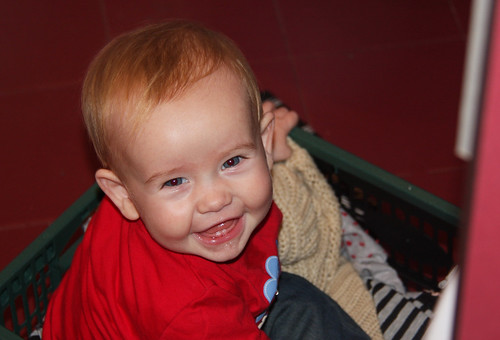 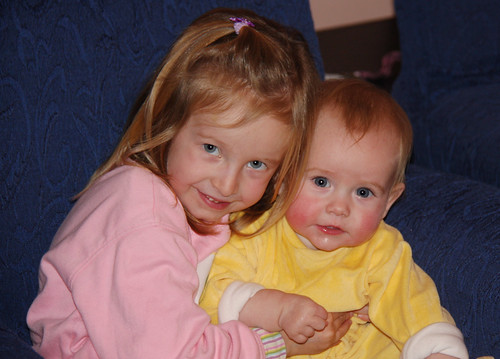