Despite the four of us being at various stages of battle against a winter cold virus, we decided to go, last Sunday, to Santander to see the penguins. Nora has expressed some interest in penguins, and there are some at the park near the Palacio de la Magdalena, Santander's primary tourism must-see site. Because mobilizing a family of four is so challenging, we rarely do day trips, and we got out the door closer to lunch time than we'd planned, but that resulted in fewer crowds at the park. It turned out that there was something much more interesting and mesmerizing than penguins that captivated our attention. After we parked and we were walking to the park, it was immediately obvious that there were some pretty big waves crashing on the beach. 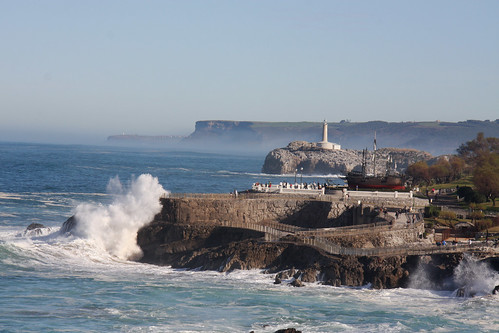 See that rocky outcropping where the railings are? That's where we went to see the penguins. Part of the area was cordoned off, of course. 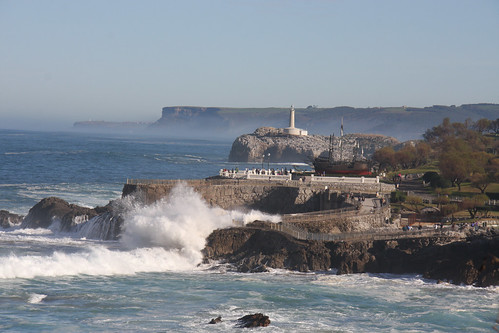 The waves were crashing into the sea lion enclosure, much to the enjoyment of the sea lions. 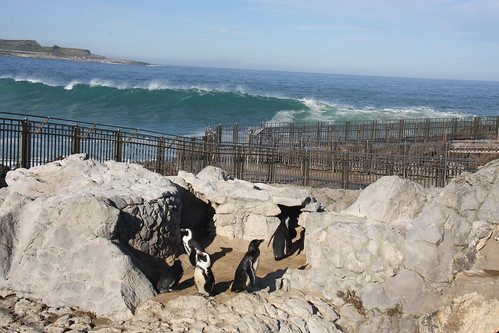 The penguins didn't seem to notice the waves. 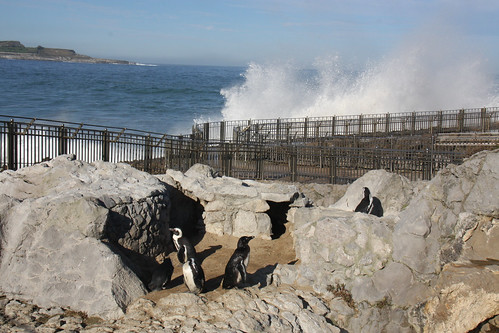 But they crashed on the rocks right next to their enclosure. 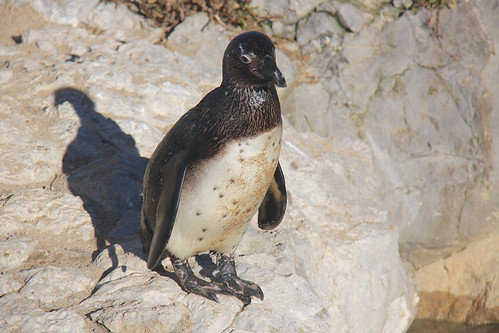 They had on elegant attire, but were pretty filthy. 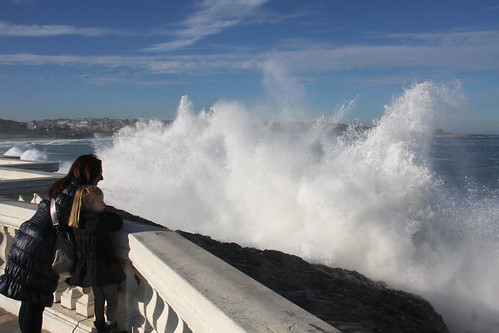 Watching waves has all the addictive elements that good addictive video games or television or books have, like Angry Birds or Homeland or anything by Dan Brown. There's a lot of anticipation that slowly builds to a climax, and the climax is immediately followed by the anticipation of the next climax. It was really hard to look away from the crashing waves because every "Wow!" was followed by an "Oh look at that one coming!" 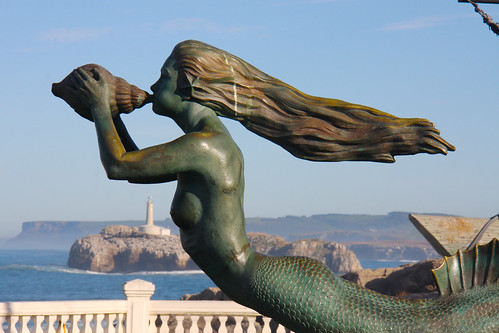 Finally we went for a tapa lunch. 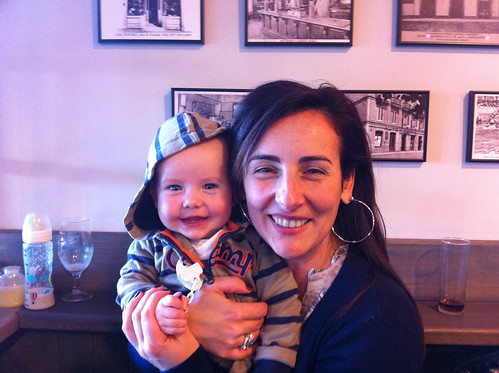 My wife and son. What a pair of cuties!

Then we went back out to watch the full moon rise over the sea and watch some surfers do very little with each wave.

These birds were also not impressed with the surfers.

Ian was having a good time, though! (Try clicking on his face and then on the island.)

All in all it was a nice way to spend a Sunday afternoon. It's a shame that we don't visit Santander more often.