State of the Offspring Address - November 2013

The big event this month has been our trip to the US to visit my family for Thanksgiving. It was our first time flying with both offspring. Both of them behaved very well. Ian was enchanting flight attendants and fellow passengers left and right, and Nora was content to be pacified by the same television marathon and mindless snacking that keeps the adult passengers docile. A couple times Ian had to be walked up and down the aisles, but overall, the long flight from Munich to Charlotte was pretty easy. Of course we did have to travel 24 hours late after our initial flight was cancelled due to a lightning bolt striking the aircraft the night before. However, that delay allowed us to insure having the bassinet, which makes all the difference when traveling with a small child. When we came last year for Thanksgiving, Nora missed the Magosta festival, an autumnal chestnut roasting festival local to northern Spain, at her school, but this year Thanksgiving fell late enough in the month that she was able to attend on her last day. I think it was the very first time I've eaten a roasted chestnut, which I greatly enjoyed. All the kids dressed up in pastoral garb and there was dancing and general merriment. 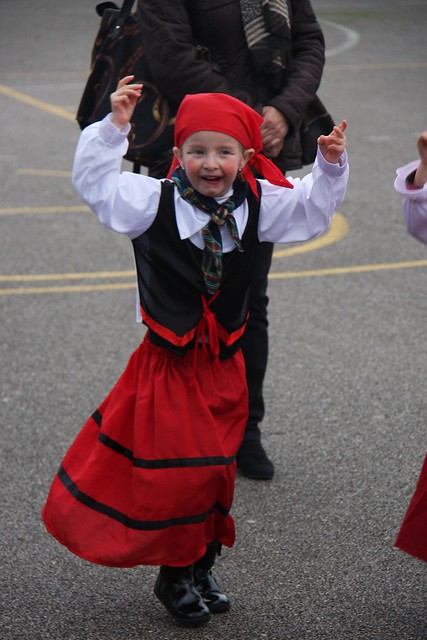 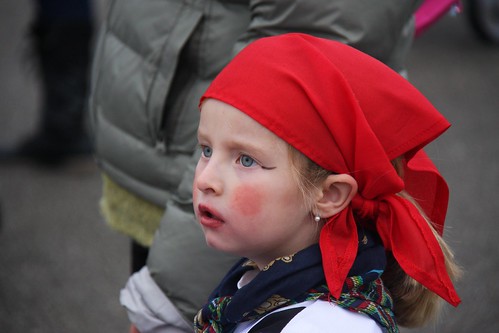 Like last year, Nora's angel of a teacher, with very little notice, prepared a present for her, with specific instructions to open it "when the plane is above the clouds". This had the desired effect, and Nora kept the present by her side until we got into the plane, and then repeatedly asked if we were flying yet. The present was a little doll family of bears (their school year is ursine themed), consisting of a mommy bear, a daddy bear, and a little girl bear, plus a separate add-on package of a little baby bear in a swing, creating the perfect analog for our nuclear family. 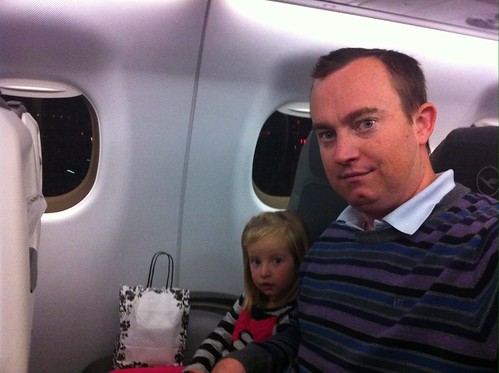 Upon arrival, Nora immediately picked right back up with her grandparents, reeling off the long list of activities she had planned for them, including treasure hunts, Unoâ„¢, feeding the 14-year-old Westie (the only dog Nora doesn't find threatening), and dominoes.

After doing some research into walkers and suspended bouncers and discovering that Science's opinion this week is that they are actually detrimental to a child's physical and intellectual development, my parents discovered that "activity centers" are said to be very good for children to play with. So they bought one. 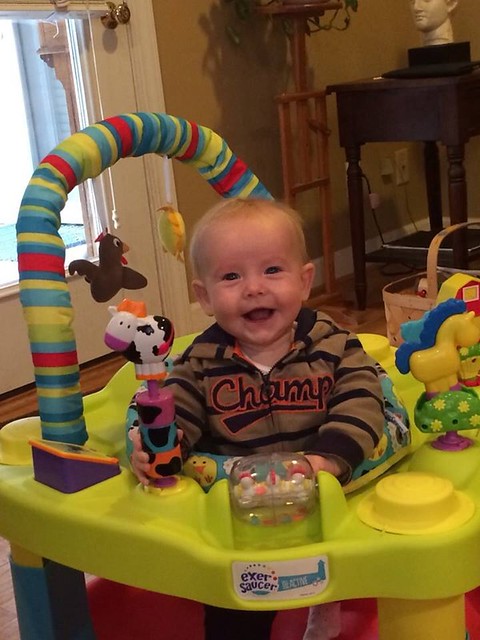 Ian has never experienced this much toy joy. He loves it! ...you know, until he wants to be picked up and carried again. 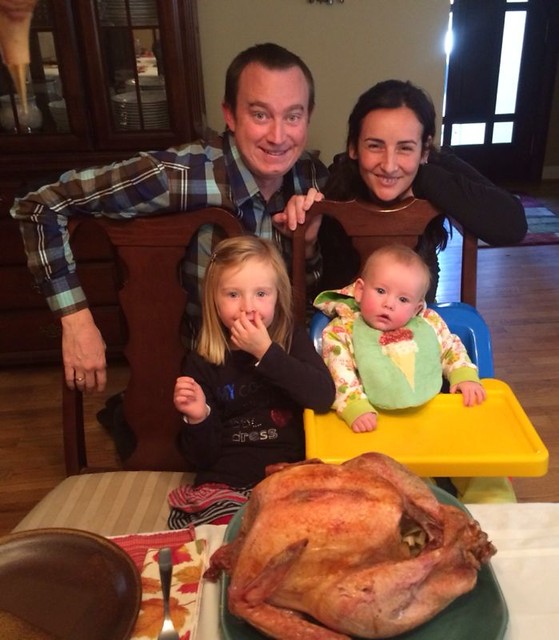