My token answer for the often asked question is that, what I miss most about the United States, apart from my family, is the relatively easy access to golf. In Spain, I'm lucky if I get to play once or twice a year, and with the burdens joys of fatherhood, even less. As if to taunt me, one of the closest golf courses to my house is the super private Real Golf de Pedreña, probably the most famous course in northern Spain, and the home stomping grounds of Spain's golf legend, Severiano Ballesteros. I do, however, out of sheer luck, know a couple of members, but they have never invited me to play, and I haven't pushed the idea upon them. When I heard that a golf outing was being arranged for October 25, 2013, and that that day was a holiday in the Basque Country, which meant that my in-laws were planning on visiting, I jumped at the idea of playing golf on the legendary course.

I met the other four golfers at 7:00 at a motorway-side hotel lobby for coffee and a pastry, and we all followed the guy who knew how to get to the course. This was very good, because it requires driving through some very small stone villages. The weather was a little windy and very overcast, but the temperature was lovely. 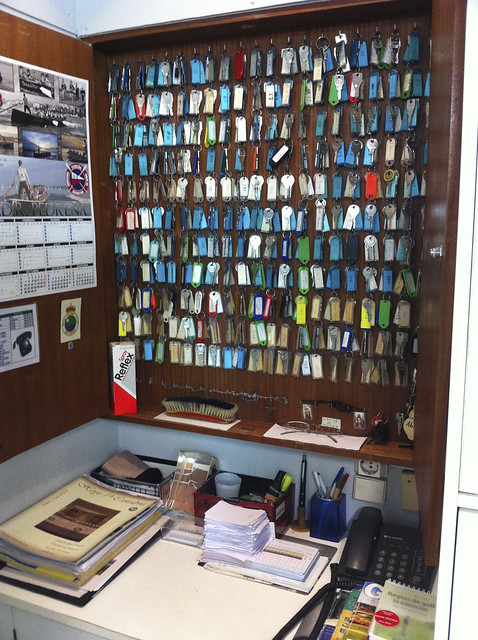 I found it amusing that the keys to all the members' lockers were all here in the corner of the locker room. 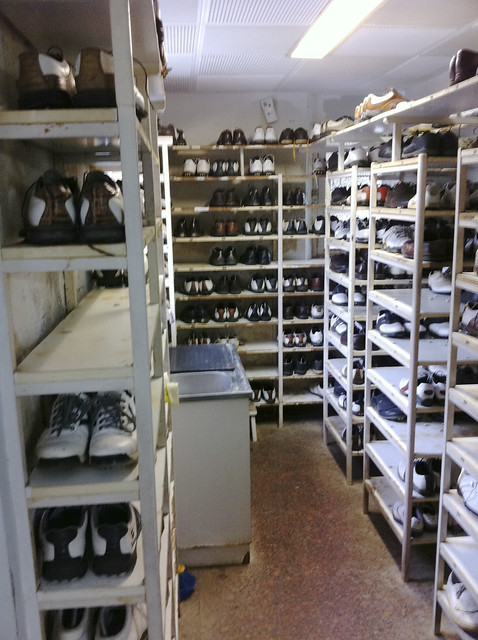 Any decent country club also lets you keep your shoes there. I wonder if the sink to clean them is used by the members or some servant that does it for them. 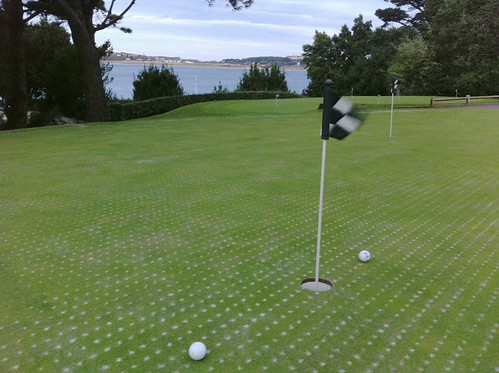 Fantastic views across the bay to Santander from the putting green, which they had recently aerated, hence the little sandy holes. 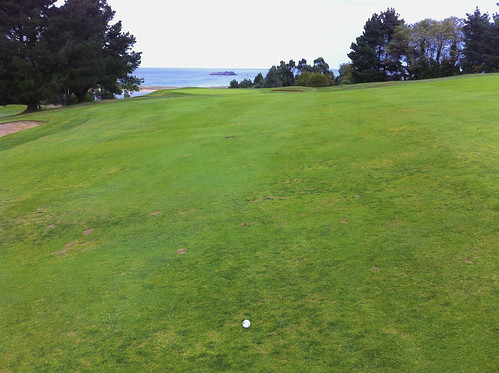 My ball in the fairway with the Isla de Mouro in the background. 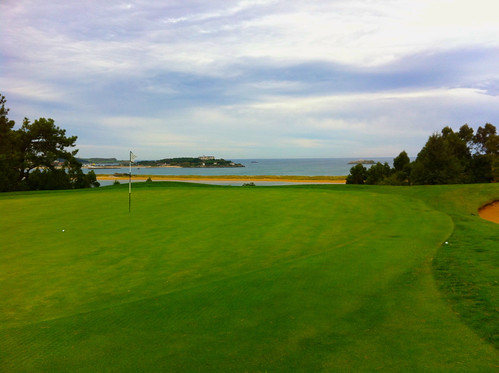 The Palacio de la Magdalena behind the green. 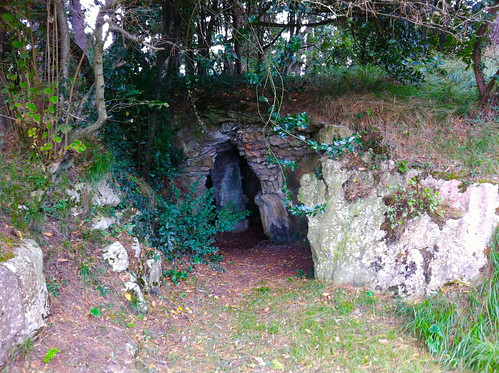 A cave adjacent to the 18th tee where Seve and his friends would hide when the greenskeeper would come along to tell the lads to "get off the course already!" 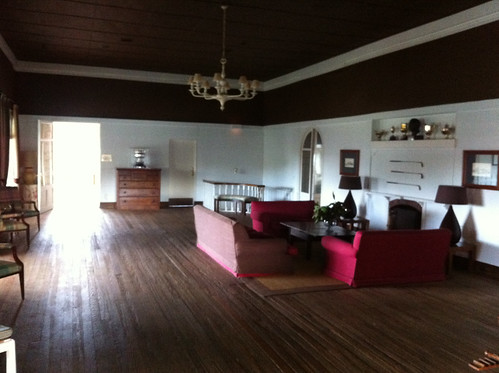 The interior of the clubhouse was an exhibition of how to sparsely lay out furniture.

Another nice view of the Palacio. 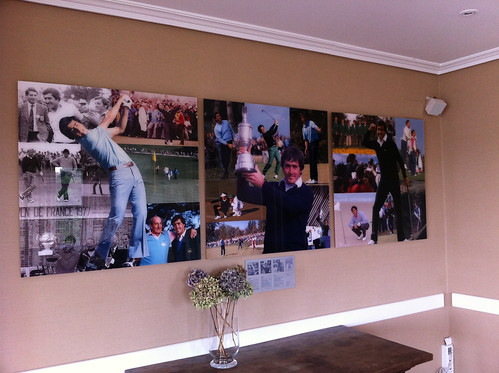 A wall dedicated to Seve.

After golf, we had a cold beer at the clubhouse and then stopped by two separate bars for some amazing anchovies and chorizo on the way to eat lunch. Since most of the people I was playing with are from Bilbao – remember they were off work that day because of the holiday – we stopped for lunch at the midpoint between Santander and Bilbao, which happened to be Treto, a town adjacent to where I live, at a restaurant, La Barca, that I've always wanted to try. It was very convenient to have such a short drive home.

I can't wait to get invited back!