I've been down for the count with a stomach virus and/or food poisoning for most of today. Around hour fifteen of lying in bed, the following scene began to develop in my semi-conscious imagination. I think it works best as a skit for a comedy troupe, or, if someone like Jimmy Fallon could actually get all the celebs together to do it, all the better. We've all seen the celebrity gossip tv coverage of a movie premiere, where the famous people get out of their limousines and strut up the red carpet, but, have you ever wondered… 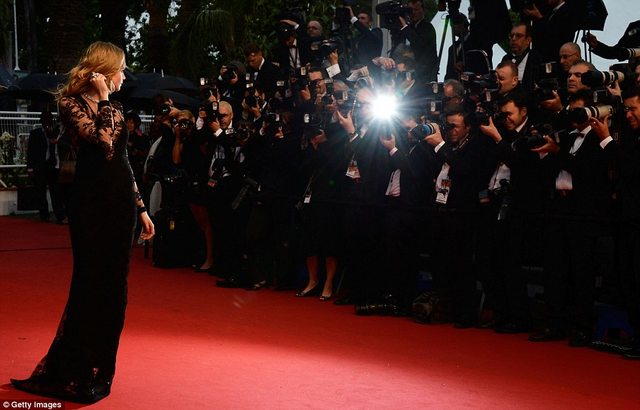 What happens after the celebrities get inside the cinema lobby for a movie premiere?

Some light elevator muzak is playing, and we see Steven Spielberg and his wife enter the lobby. He tells her, "You go grab our seats, I'll get us some popcorn." They split up, and he walks over to the concessions line and takes his place behind Morgan Freeman.

Next to take their spot at the back of the snack line is Will Smith and his family. His daughter, Willow, is nagging her mother, "Please mom! Can we get Junior Mints this time? Puhlease??" Finally, Jada snaps, "Yes, okay! Fine!"

Cut to Spielberg and Freeman making small talk, and wondering if these are premiere prices, or if "regular people" actually pay $15 for a big cup of mostly ice. Morgan talks about paying pennies for his snacks as a kid.

Cut to Will, who looks annoyed. He glances as his Rolex, "What is taking so long?"

As if to answer him, the camera pans up the line to the front, where Gwyneth Paltrow is demanding to know if the popcorn is GMO or not, and explaining what "soy butter" is. Cut back to Will, who rolls his eyes, and grumbles "Not again!"

Just then Quentin Tarantino and his date walk up. He says to his date, "Hey baby, you know what they call a Big Gulp in Europe?" As Tarantino begins explaining the intricacies of European soft drink culture, the camera cuts to Jaden Smith, who is silently mouthing the words and gesticulating as Quentin is speaking them. Jada smacks him on the shoulder and says, "Cut that out!" The camera pans across the faces of the other actors, and they, too, are rolling their eyes and mouthing Quentin's oft-recited words.

Suddenly they all look up to see Samuel L. Jackson walking right past the concessions line and into the cinema. He pats his suit, which crinkles with the sound of candy wrappers. He smiles and wryly says, "Enjoy your wait, motherfuckers!" 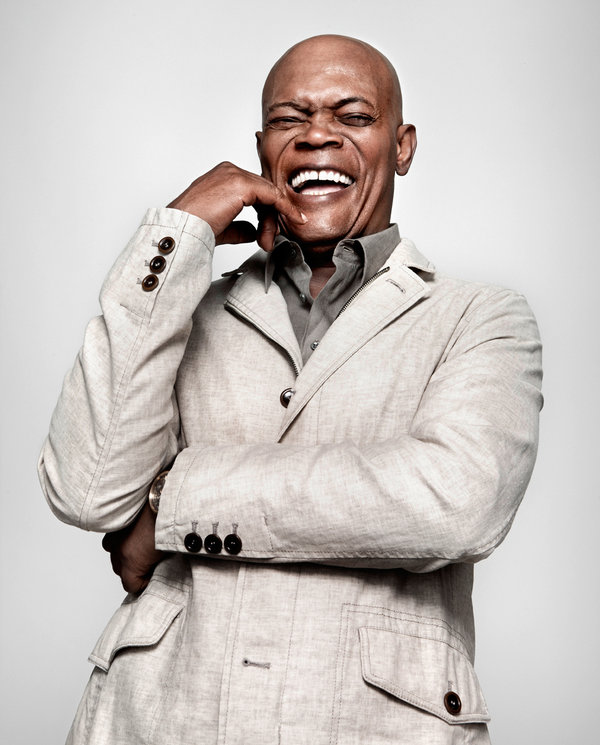