Once again this year, I volunteered to go into Nora's class and carve a pumpkin. Her teacher managed to acquire a 30 kg (66 lb) pumpkin from a fruit vendor in her hometown, and I agreed to come into school and perform my nation's traditional pagan gourd evisceration ritual. This year, all three of the preschool classes (turtles, 3-year-olds; bears, 4-year-olds; and elephants, 5-year-olds) attended the actual carving. Due to the fact that the pumpkin had grown lying on its side, one side of it was totally flat, so it didn't really stand up by itself, but we quickly solved that problem by placing it in a shallow bucket. When I first got to the classroom at 11:00 am, it was just Nora's "bear" class. I took a survey to decide the basics of the mood of the face we would draw, pointy or square teeth, round or squinty eyes. As tends to happen with groups of humans of all ages, a few vociferous individuals ended up making all the decisions. Then the older and younger kids started filing in. 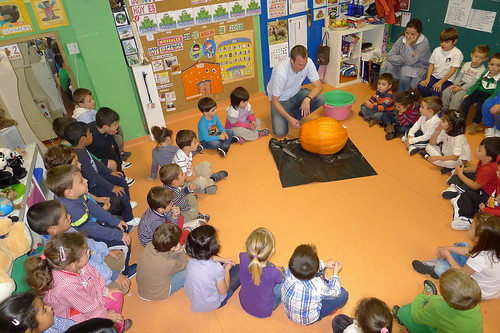 I explained to the class that, in my home country, all the kids get dressed up and go out trick-or-treating on Halloween night, and how exciting it is to be walking around in the dark with other witches and goblins and ghosts (and Harry Potter and Spiderman). I told of how we also get pumpkins, which are relatively plentiful this time of year, and carve faces into them. I suspect that none of this was new to even the youngest of the three year olds thanks to American culture creep into their cartoons, etc., but they listened relatively attentively. 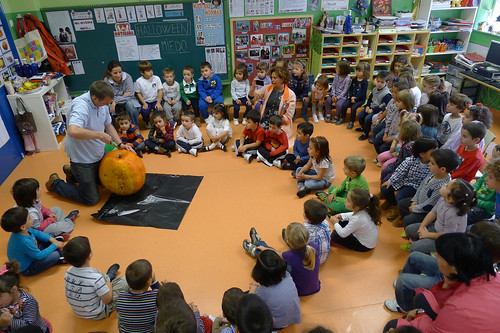 The pumpkin was very thick skinned, and difficult to carve, but I managed. 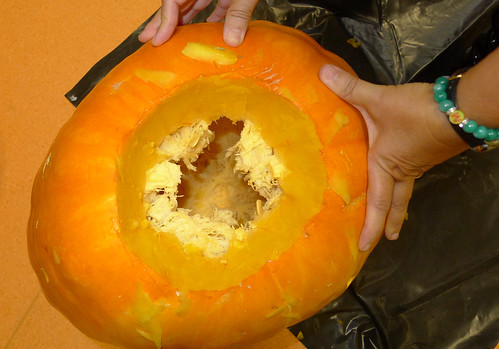 When it was open and needed cleaning, I stepped aside and every child that wanted to was given the opportunity to reach in and clean out some of the pumpkin guts. Some loved it and some thought it was pretty gross. The process of organizing them to do it all was pretty crazy, and it got quite loud sometimes. 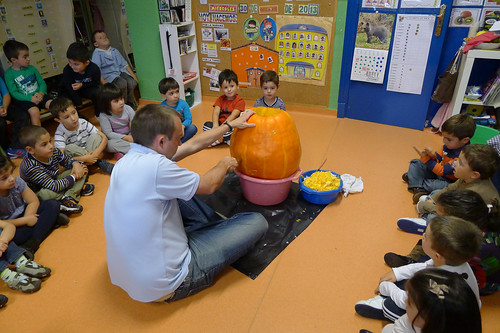 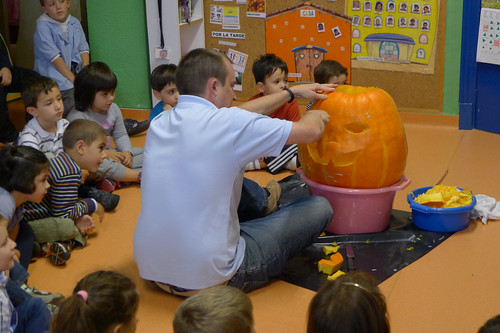 They all cheered as each orifice was extracted. One of the kids who goes to basketball classes after school began chanting, "Erik! Erik! Go Erik!" which swept through the crowd like a wildfire and had to be extinguished by finger-wagging teachers. 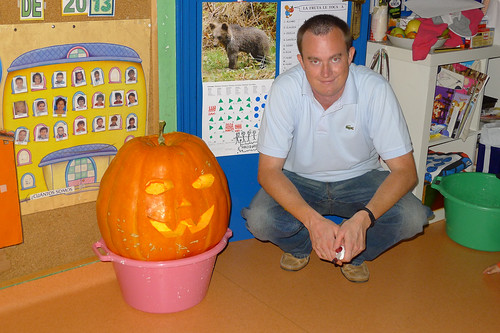 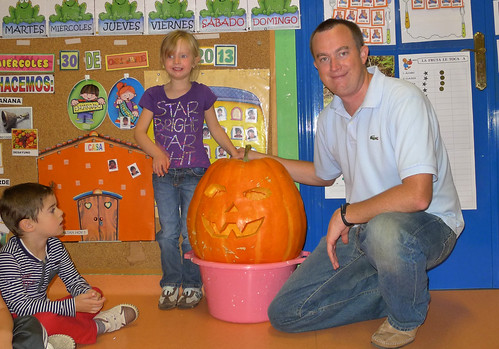 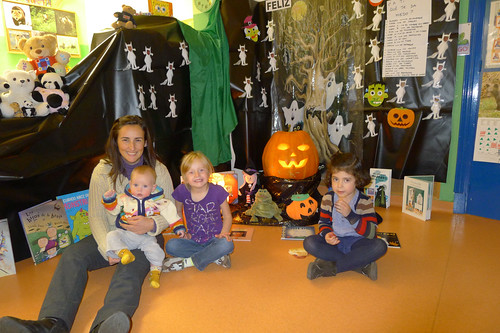 That afternoon all the parents were invited in to see my work and in a spooky little corner they designed. 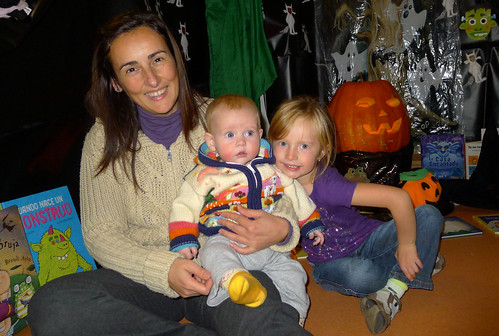