San Juan - Beans in the Park

Last Sunday was the annual Cocido Montañes in the Park day here in Colindres. Every year, around the summer solstice, the Peña San Juan (Saint John's Club), named after the town's patron saint, throws a huge cookout in the local park. They make a Cantabrian specialty, known as cocido montañes, which is a white bean and spinach soup with pieces of meat in it. Each serving contains a pork rib, a piece of chorizo, and a piece of morcilla (blood sausage). Over the eight years we have been attending the festival, it has been evolving and improving. When we first went, you waited in line and then asked for as many servings as you wanted and paid 1€ each. So some groups of four would order eight servings to have leftovers later that week. But it was hard to calculate just how much to make. Since then, they have started selling tickets, still 1€, in the town hall the week before. That way they know exactly how many servings they need to make. This is the first year that I have actually inquired about how much they make, and I was told that, in a town of 7,000 people, they sold 2,450 tickets, which required 225 kilograms (500 lbs) of beans. Not to mention all the sausage and several pigs worth of ribs. Although the 2450€ certainly helps, I think the real reason they charge for the tickets is to make people only take as much as they want. The real cost of putting on the event must be at least five times that.

The weather was wonderful, for one of the first times this year, so everyone and their brother was there enjoying a picnic in the park. When we went at 11am to stake out a place and leave our picnic table and chairs, there were already hundreds of people and chairs there. 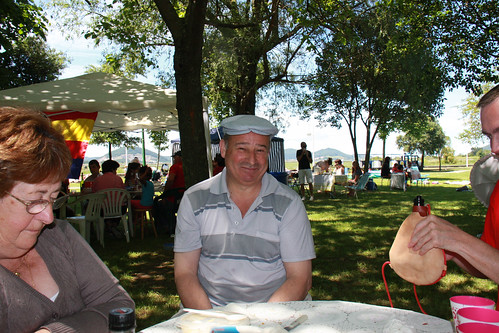 My in-laws came to enjoy the day with us, too….and lend us their foldable picnic table. 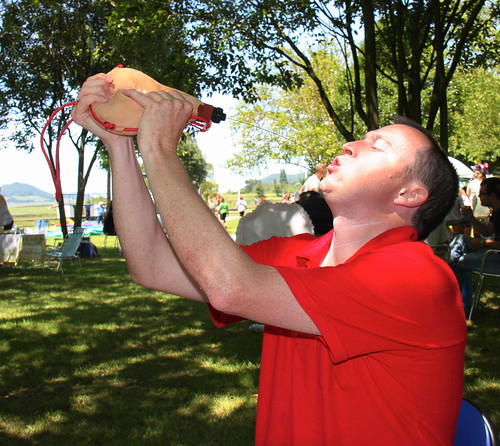 The Spanish drink wine in many ways, but this is by far my favorite. It's called a bota. Historically, I think they were made from animal stomachs (sheep?), but now they are sewn from goat hide, and the interior is treated with resin to make it impermeable. It keeps your wine cool, and makes it last longer, because it takes a while to get what would be a full glass of wine into your belly, especially since the tradition is to pass it around the group, each taking turns squirting some into their mouth. Proper technique involves trying to get the bota as far from your face as you can, and keep the opening of your mouth as small as possible. It takes practice. 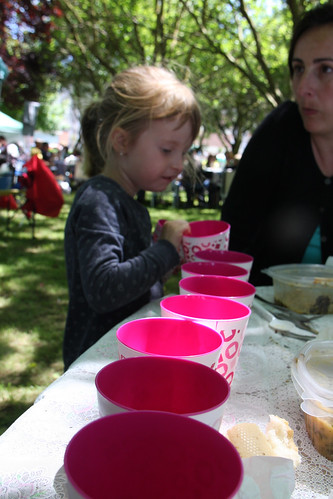 We brought cups, but they were mainly used as toys. 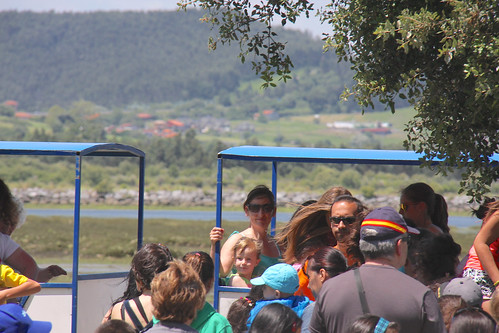 There was a little train that drove around for about ten minutes. In previous years, Nora has been too timid to ride it, but this year she rode it three times. When I rode with her, we just happened to be sitting next to…Rubén! He's the boy that Nora went to daycare with for several years and who was a very present imaginary friend in our house for along time. Remember this? Unfortunately, after a year apart at different schools, neither Nora nor Rubén wanted to talk to one another. Just a funny coincidence. We hadn't seen him in months and months. 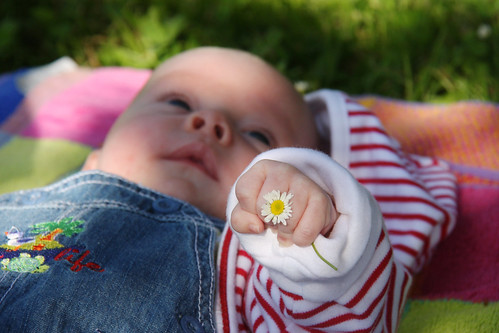 Ian was very well behaved, spending a lot of the day sleeping in his stroller or lying blissfully on a towel on the grass. 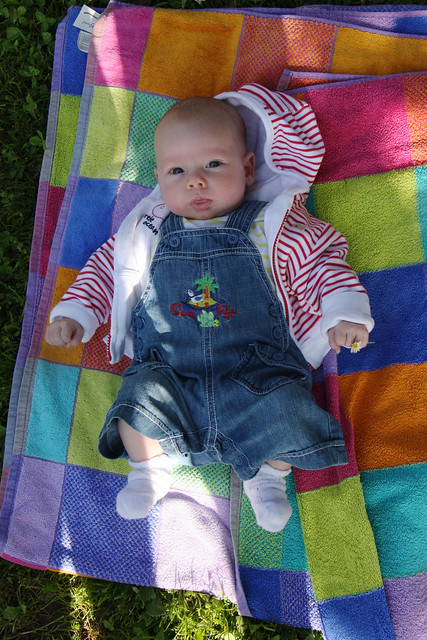 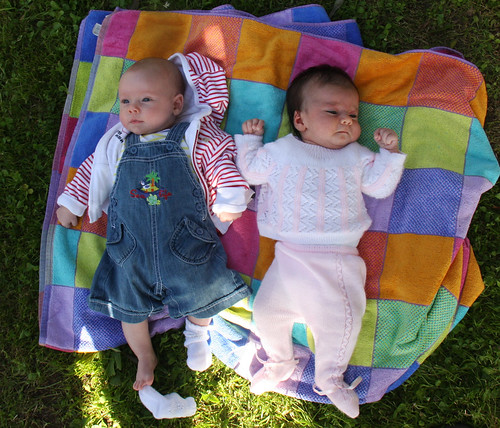 Later, his "friend" Mara (the sister of Nora's best friend, Claudia) came over to "play". 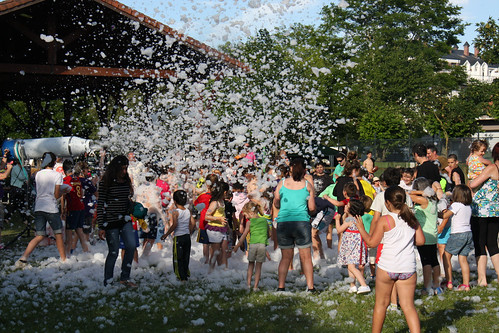 They had a foam festival, one of these guns that sprays soap bubbles. Nora enjoyed it, but didn't venture too far into the suds. 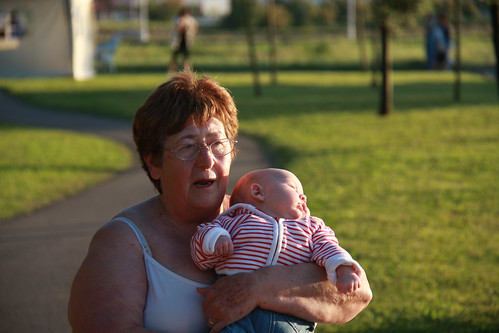 We stayed out until sunset. 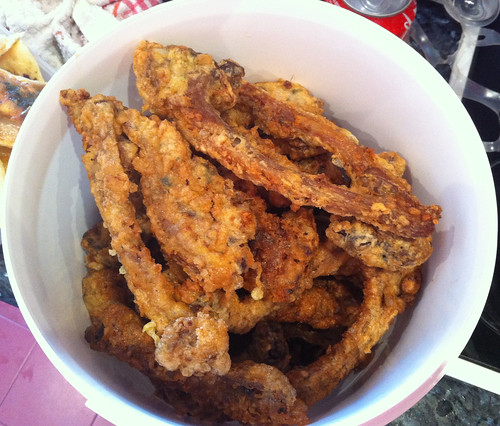 For dinner we had brought a homemade bucket of breaded and fried lamb chops. Delicious! 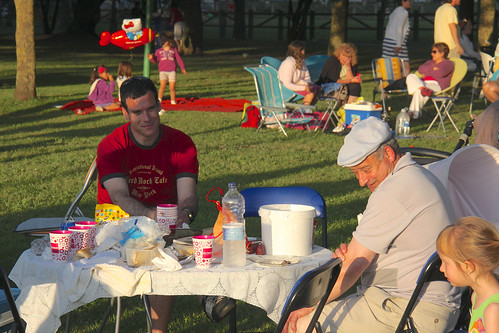 It was a wonderful day in the park.