Ian has turned two months old today. He's quite a bit bigger, and seems slightly more aware of his surroundings. He's quite a demanding lad, always preferring to be held, and not just "sitting on the sofa with a baby in your arms" held, either; his holder must be pacing around the room to satisfy him. He also enjoys being pushed in the pram, but no matter how peacefully he appears to be sleeping, if you stop for a moment, he'll wake up and complain. When I'm out for a walk with him, I'm often reminded of that bus in Speed. As is a family tradition now in Casa Rasmussen, I made hamburgers for lunch. For drink we had some ice cold cava (Spanish champagne) that was given to us by a Facebook friend of mine. He's a local man that sent me a friend request fairly out of the blue a couple years ago, but now we regularly exchange salutations on the street. He likes to sit outside the bars closest to my house, so we see each other often. That's pretty much the extent of our friendship, but then yesterday, he told me that he had a bottle of cava to give me, to celebrate the birth of my son. He told me he'd leave it with a bartender. Sure enough the next day, I stopped by that bar and there was a bottle waiting for me. Today he informed me that someone had given it to him, and that he's on the wagon, so he chose me to regift it. Pretty awesome, nonetheless. 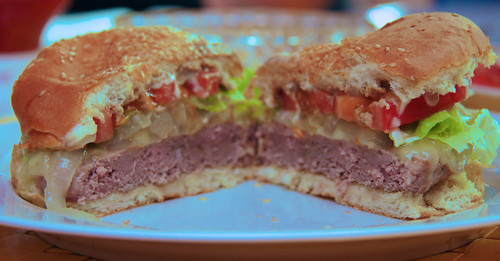 I make a damn fine cheeseburger, if I do say so myself. Sautéed onions, lettuce, tomato, mustard, ketchup and mayo. 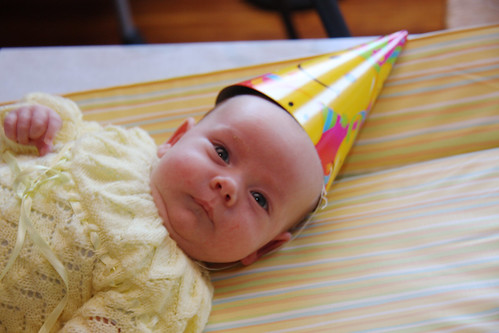 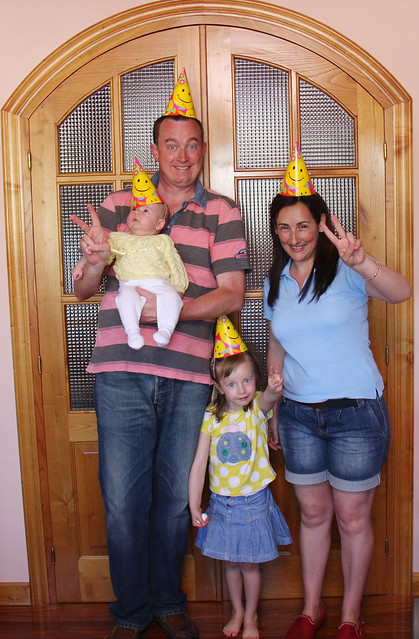